Lily Allen has admitted that she cheated on her husband after struggles with fame led her to lose her identity.

The 33-year-old singer told Vulture that she blames some of her lost self and personal troubles on her comeback to music in 2014.

Lily added that it was during her time away from the spotlight to focus on motherhood that she lost control of her image, but now feels she is turning back towards her best.

Shocking: Lily Allen has blamed her recent struggles with fame on ‘cheating on her husband,’ as she admits that she lost her identity during the release of her last album

Speaking to the publication Lily admitted that she needed the help of others to regain a celebrity image after spending time focusing on her children, and it was then that the control over her image began to slip away.

She said: ‘I was 14 stone and I had to lose all that weight. I wasn’t eating, I wasn’t sleeping. I’d always been in control of my image, but I’d been a mum in slippers and a dressing gown for two years.’

MailOnline has contacted representatives for Lily Allen for further comment. 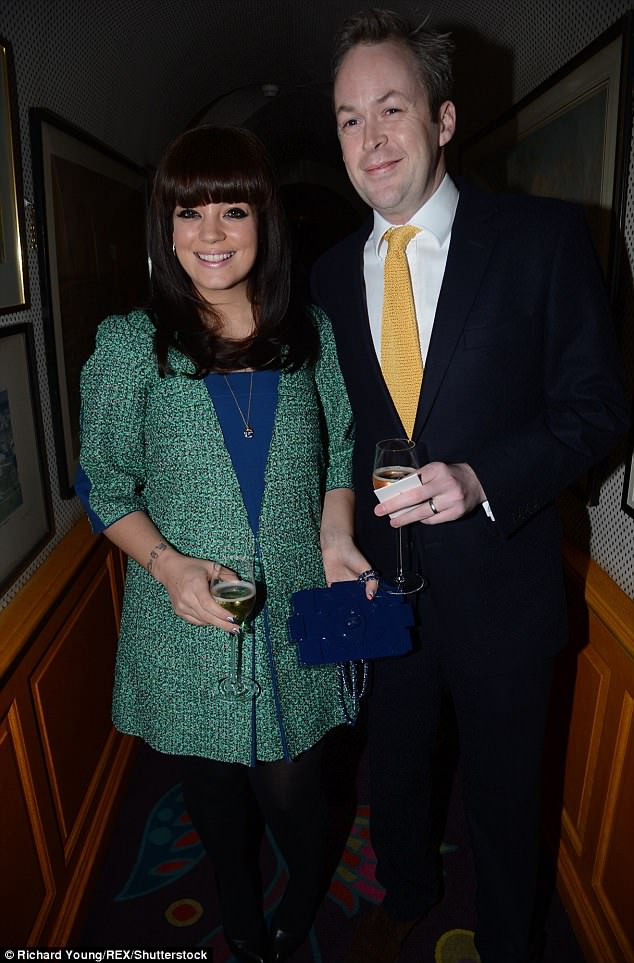 Explosive: The 33-year-old singer told Vulture that she felt her struggles led her to cheat on husband Sam Cooper (above in 2013) before their split in 2016

Lily also admitted that she felt her struggles dealing with fame led her to cheat on husband Sam Cooper – the father of her two children Ethel, seven, and Marnie, five -who she split from in 2016

She added: ‘I lost my sense of self. I lost my identity. I was being a bad mum. I was being bad at my job. I’d wake up on a tour bus in the middle of Wisconsin and be so hung-over.

‘I cheated on my husband. All I wanted to do was be with my kids. I wasn’t even making any money.’ 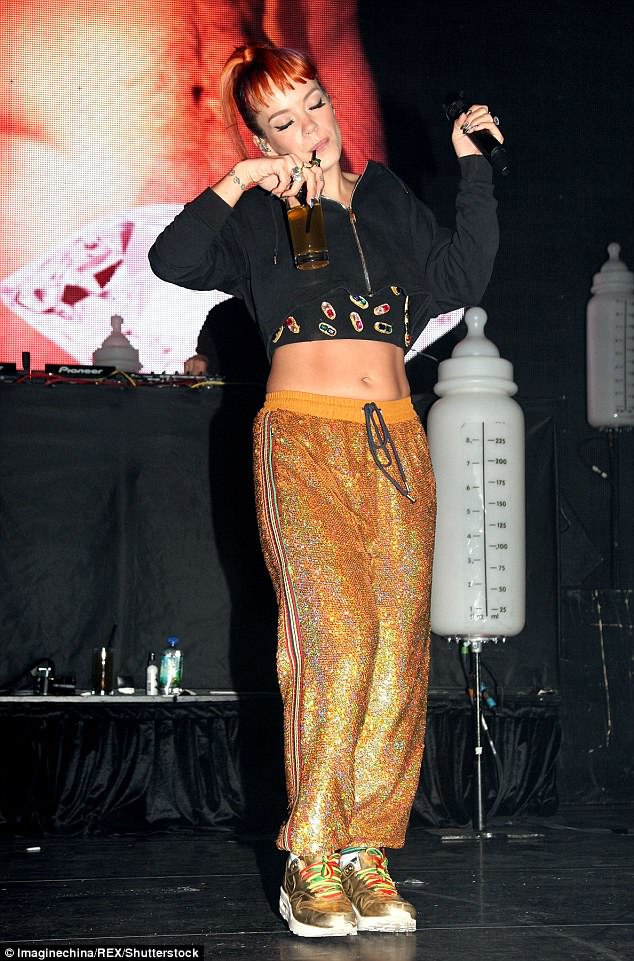 Open book: Lily also said she began to lose control of her identity after returning to music from a hiatus to focus in motherhood

In the interview Lily also confessed that despite her identity conflicts at the time she doesn’t hate the work on her most recent album Sheezus, and her discomfort at finishing the album’s tour actually came from her work on that Christmas’ John Lewis advert.

Her cover of Keane’s Somewhere Only We Know shot to number one after featuring in the animated/live action hybrid ad The Bear And The Hare, but Lily says that she didn’t see a penny in revenue.

But despite her recent struggles Lily appears to have bounced back in spectacular form, preparing to release a new album No Shame next month and recently saying that she and her two children are really close now and have a ‘great relationship.’ 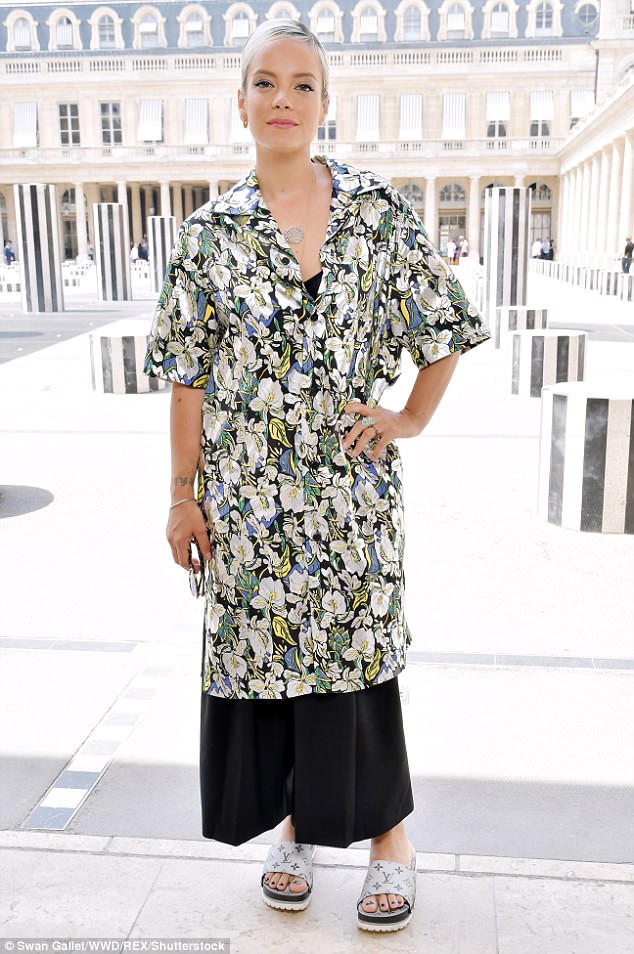 Explosive: Lily said that following her recent struggles she is back to her best, and is set to release a new album next month

Lily’s revelations came after she spoke about her dramatic ordeal at the hands of a stalker in an interview with Stereogum.

Speaking about the ordeal the Smile hitmaker revealed a stalker had broken into her home and tried to ‘kill her’ in an incident she described as ‘horrifying’.

The man, who was later detained under the Mental Health Act, had, according to Lily, ‘steamed into her bedroom and threatened to stick a knife through her face.’

Saying it had taken ‘courage’ to leave her marriage, the star explained the incident had happened three weeks after the end of her union with  Sam Cooper, the father of her two children.

She said the stalker had broken into her home and attacked her, with the star forced to endure a six month wait until he was put in prison. 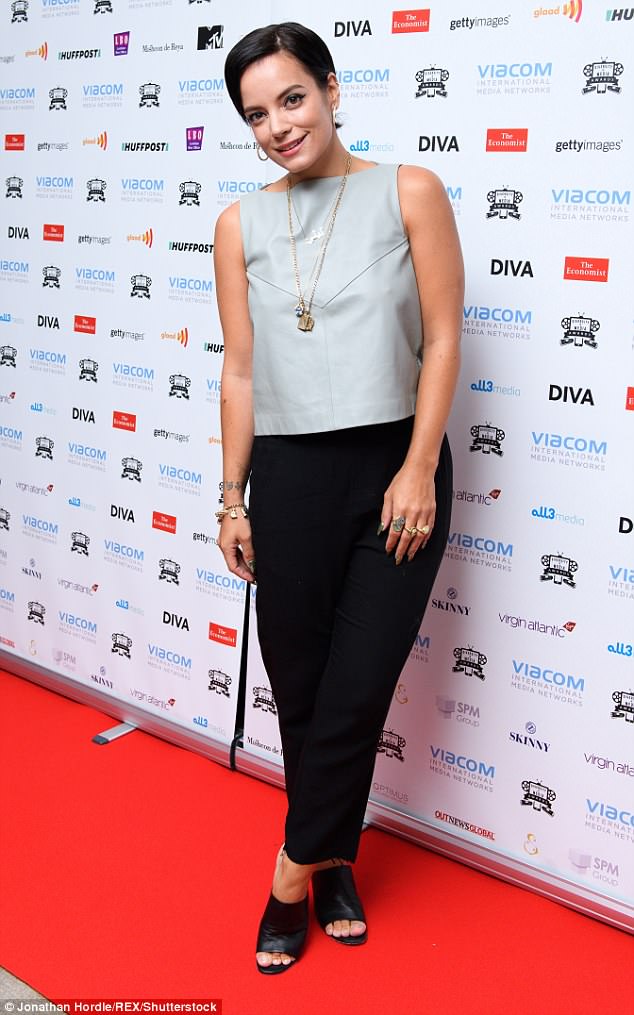 Emotional: Lily also recently opened up about her horrific ordeal at the hands of a stalker in an interview with Stereogum, saying she waited six months before he was sent to prison

The interview came after a fan shockingly shared an underwear-free image of Lily onstage with her intimate area on show, with The Fear songstress deciding to use it to her advantage.

The author of the post wrote: ‘This photo will be on the internet forever Lils.’

But she took the comment in her stride and didn’t appear to be offended that the image was being shared.

She retweeted it and wrote: ‘Look at my 2014 neatly trimmed vagina. 3 humans came out of there. #NoShame June 8th.’ 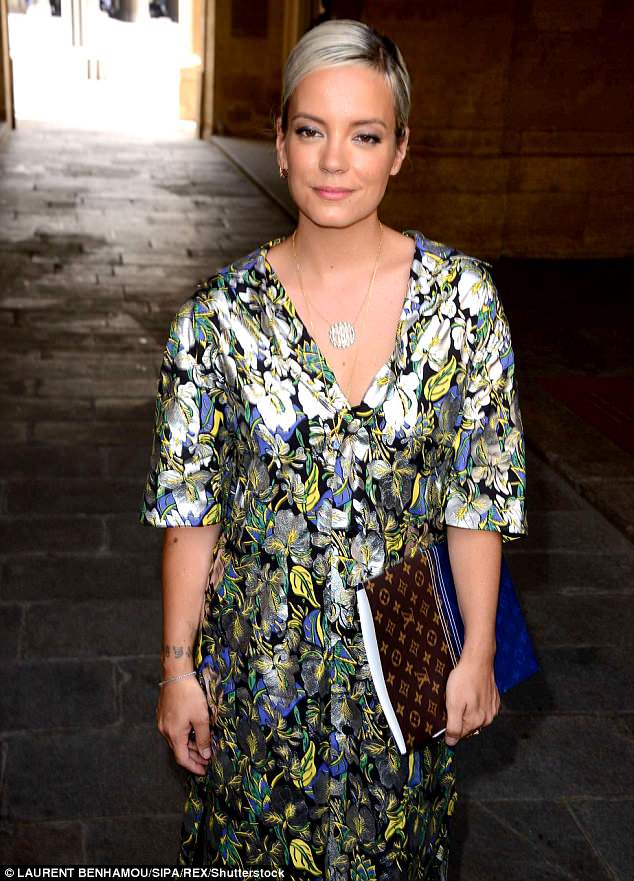 Revealing: The interview came after a fan shockingly shared an underwear-free image of Lily onstage with her intimate area on show, with The Fear songstress using it to her advantage