Lily Allen has accused Transport for London workers of ‘celebrating colonialism’ over an information board at an underground station.

The singer sparked yet another storm after sharing a video of a worker wiping a message off an information board at Dollis Hill Underground station in Brent, north west London.

The board had referenced the Battle of Rorke’s Drift in 1879, which saw a garrison of British and colonial troops wage a bloody fight with some 4,000 Zulu warriors.

The board referenced the Battle of Rorke’s Drift in 1879, which saw a garrison of British and colonial troops wage a bloody fight with some 4,000 Zulu warriors 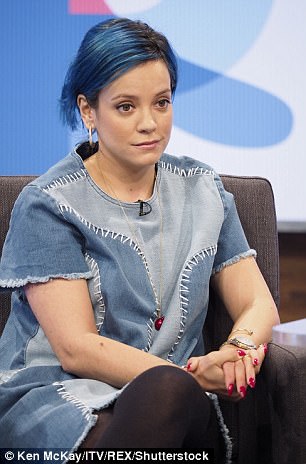 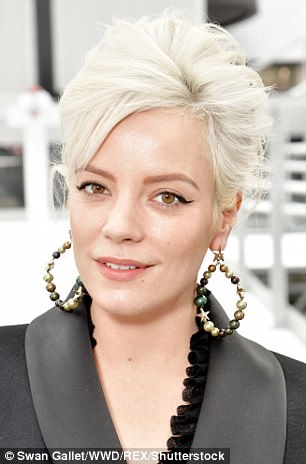 While some condemned the information board, others claimed it was merely an account of history.

The 32-year-old millionaire singer shared a video of a member of staff wiping the sign off the board, alongside the caption: ‘too right.’

In the background of the video a woman’s voice can be heard saying: ‘That [the notice board] is supposed to be for uplifting comments, not for celebrating colonialism, so I’m glad you’re wiping it off.’

TfL later apologised for the ‘clearly ill-judged’, adding: ‘We are speaking with our staff to remind them of what is and isn’t acceptable.’

Often keen to wade into social media debates on controversial topics, the singer recently sparked anger after suggesting the victims of grooming gangs would have been ‘raped or abused by somebody else at some point’. 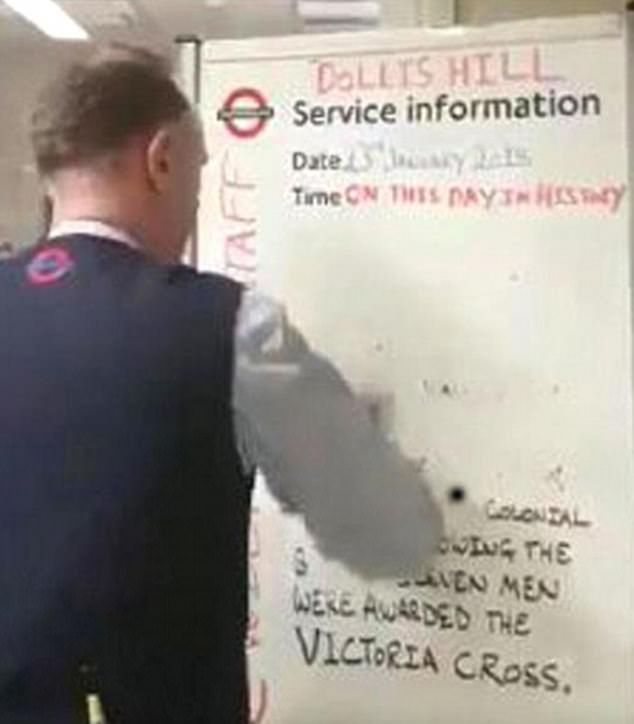 The singer shared a video of a worker wiping a message off an information board at Dollis Hill Underground station in Brent, north west London

What happened in the Battle of Rorke’s Drift? How 150 British soldiers held off 4,000 Zulu warriors in 1879 battle

From 22-23 January 1879, on the bank of the Buffalo River in Natal Province, South Africa a 140-strong British garrison successfully defended the Rorke’s Drift mission station in 1879.

Lt Chard was the commanding officer and organised the epic defence which saw them defy all odds to see off the 4,000 marauding Zulu warriors.

The Zulus eventually retreated with 350 of their number killed compared to 17 British.

Allen’s comments came after a follower quizzed her about grooming gangs made up of British South-Asian Muslim men, asking if the victims would have been raped ‘if the attackers had not been allowed into the UK’.

She replied: ‘Actually, there’s a strong possibility they would have been raped and abused by somebody else at some point.

‘That’s kind of the issue.’

Just hours later, on January 9, she then waded into a sexist row when she said  women on TV deserve higher wages than men because their ‘shelf life’ is shorter and more like that of a footballer.

She tweeted: ‘Women working on screen sadly have a shelf life not dissimilar to that of a premiership footballers (happy to be proven wrong) till that changes, their pay should reflect that.

‘They should get more than their male counterparts, or men should get less than them, rather.’

Last week she issued an apology for spreading fake news about cabinet ministers enjoying a lavish lunch during the Monarch Airlines collapse.

She wrote: ‘#tbt to when I saw Chris Grayling and Osborne having lunch at the Ivy on the day Monarch went under. #Carrillion #ladddida.’

However, Mr Grayling was not in London that day and was in fact visiting Monarch customers at Manchester Airport.

And just last month she said she could not move back into her flat in West London because her Italian tenants were claiming ‘diplomatic immunity’ – which her tenant disputed.