Lily Collins spent the last few days in Paris while on the press tour for season three of her hit show Emily In Paris.

The 33-year-old actress posted a selfie on her Instagram story blowing a kiss to the Eiffel Tower. She wrote on the photo: ‘Last day of Parisian Press…’

In the picture, she had on a face mask and was wearing a white robe with a gold watch around her wrist.

Kisses for Paris: Lily Collins blew a kiss to the Eiffel Tower on her last day of the Paris press tour for Emily in Paris

She’s back in Paris! Emily returns for another season of romance and excitement in the city of love; seen on the series

On Tuesday, the show had its premiere in Paris, which had the actress gushing in an Instagram post.

She posted a video walking the carpet.

And the star was seen saying hello to fans while wearing a stunning light brown dress with cutouts and synched ties at the front.

Her caption said: ‘Last night was nothing short of a dream. I couldn’t have asked for a more stunning Paris premiere filled with so much love and celebration.

‘The first we’ve been able to have in three seasons!

‘With every year, it just keeps getting better! So much endless appreciation for this entire cast and crew, this city, the fans, and everyone else who made it happen…’ 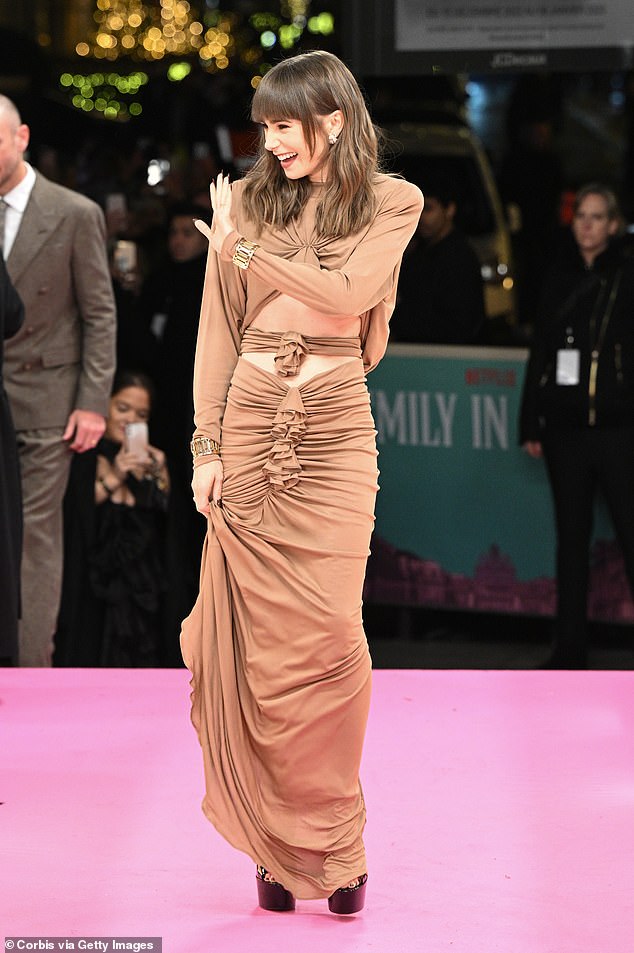 Smiling and waving: The actress walked the carpet at her show’s first Paris premiere on Tuesday in France

The show will release its third season on December 21 on Netflix.

It follows a girl named Emily, played by Collins, who is hired to bring an American perspective to a marketing firm in Paris.

Also in the cast is Broadway alum Ashley Park, who originated the role of Gretchen Wieners in Mean Girls on Broadway.

The two shared hugs and posed together on the red carpet at the premiere alongside the rest of the cast.

Collins is the daughter of famous songwriter Phil Collins. She started acting at a young age and had her breakthrough career role in the sports film The Blind Side. 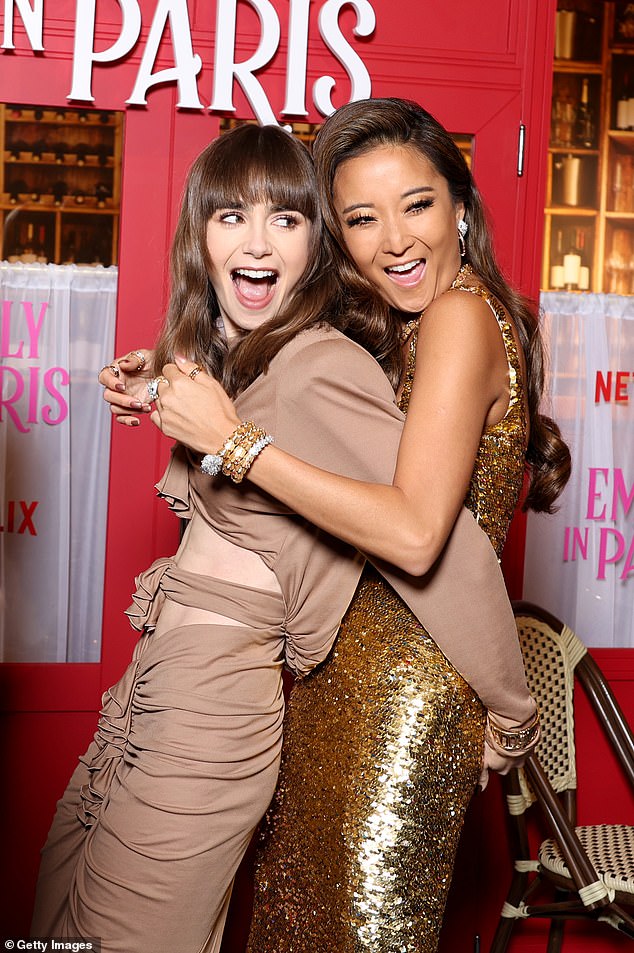 Golden girls: Collins and costar Ashley Park smiled and posed together on the carpet 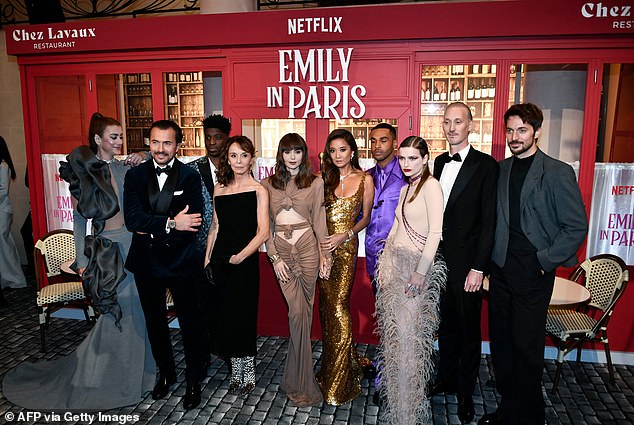 Together again: The cast gathered for a group photo at the premiere and showed off their stunning outfits