Lily Collins did her part to help slow the spread of coronavirus as she headed to work in Los Angeles on Tuesday.

The actress, 31, was spotted wearing a face mask as she got her temperature taken.

Lily kept a little bit of distance as the staff member held up the thermometer, reading her vitals.

Staying safe: Lily Collins did her part to help slow the spread of coronavirus as she headed to work in Los Angeles on Tuesday

Arriving in black baggy trousers and a grey sweatshirt, Lily was rather dressed down for the day.

On top of her casual white sneakers, the star carried around an olive grey tote and wore her hair up into a neat ballerina bun with a trendy black scrunchie.

The only noticeable bit of glam was her stunning engagement ring, which sat glittering on her left hand.

Lily has been happily showing off the bling to her Instagram followers ever since becoming an engaged woman last month. 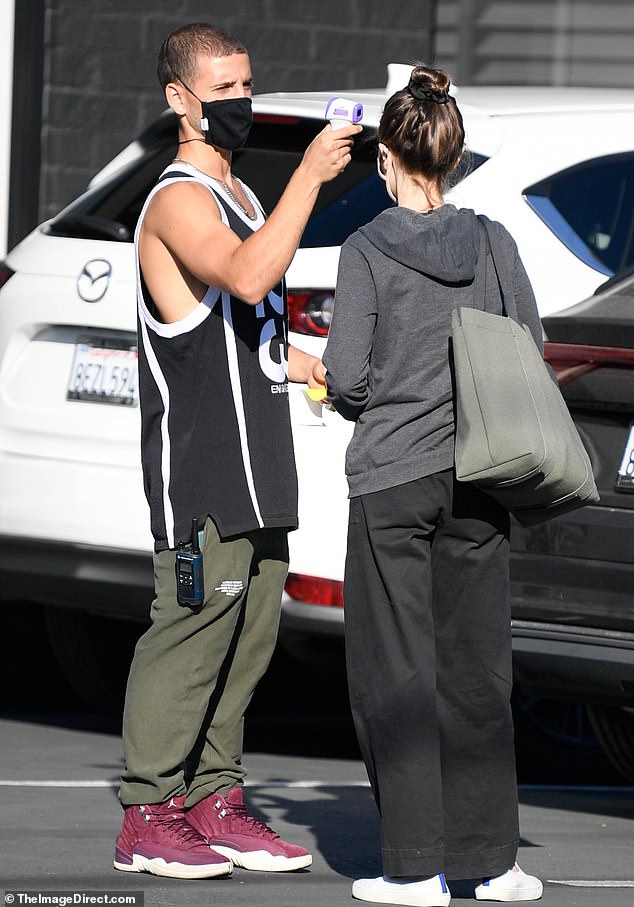 Taking precautions: The employee held up a thermometer to read Lily’s vitals

Laid-back Lily! Arriving in black baggy trousers and a grey sweatshirt, the Emily In Paris actress was rather dressed down for the day

The actress said ‘yes’ to director Charlie McDowell during a romantic trip to Arizona, and has been on cloud nine ever since.

Making a virtual appearance on episode of the US talk show Live with Kelly and Ryan, she said of the ring: ‘It’s a rose-cut diamond. Charlie designed it with Irene (Neuwirth).’

‘I was very surprised by it, but it’s exactly what I would’ve wanted and he knew me so well, obviously.’

She also revealed she knew Charlie – who is the son of actor Malcolm McDowell – was the one ‘the second’ they met, but she had no idea when he would propose. 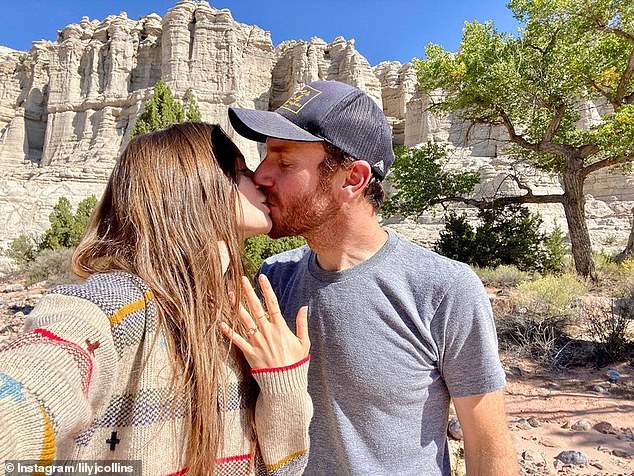 ‘I can’t believe I get to call myself a fiancée now. I was very surprised as to when and where it would happen.

‘But it was kind of one of those situations where I knew the second that I met him, that I wanted to be his wife one day.’

Lily shared the big engagement news on her Instagram account last week, posting photos from the moment he proposed alongside several kissing snaps.

‘I’ve been waiting my lifetime for you and I can’t wait to spend our life together…’ she captioned the post. 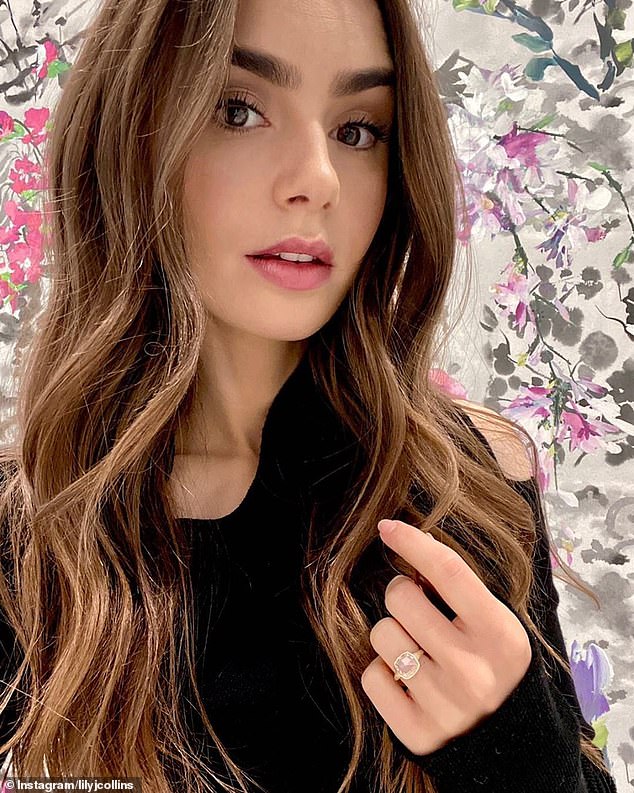 Bling bling: The actress has been happily showing off her pink tint ring on Instagram