She’s currently the star of one of Netflix’s most popular shows.

But Lily Collins has explained that she faced a lot of rejection from roles at the beginning of her acting career.

The actress, 33, covered V magazine and told the publication: ‘I definitely got rejected a lot at the beginning. I got told “no” over and over and over again. The feedback was that I was too green. I was like, I don’t know what that means.

Opening up: Lily Collins has explained that she faced a lot of rejection from roles at the beginning of her acting career

‘Like, green as in “go”? But really I needed a little more maturing, practice, and experience. I guess, for me, it was always really important to not take [rejection] as, “No, this isn’t going to be for you.” It was just, “No, not right now.”

‘I think whatever creative outlet, whether it’s music, acting, or writing, if you want to be a lawyer, a dancer, if you feel strongly that it is just so much a part of who you are, deep down to the core, you know that, ultimately, you’re going to get there somehow.’

She slipped into a black elegant fishtail dress and posed with her hands on her hips with a large hat on her head. 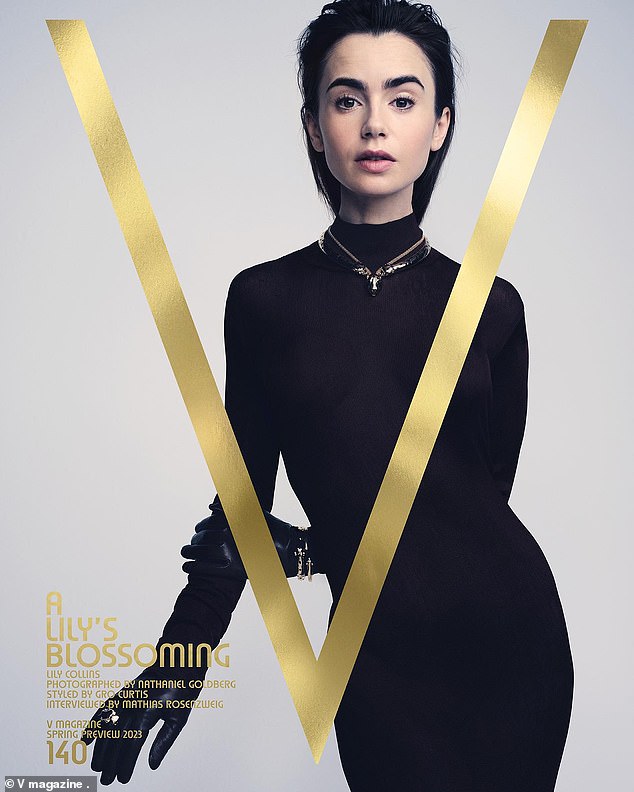 Revelation: The actress, 33, covered V magazine and told the publication: ‘I definitely got rejected a lot at the beginning’

Her brunette locks were slicked back and she sported a full face of stunning makeup to accentuated her pretty features.

It comes after Lily spoke on the difference between classic sitcom Sex and the City and her own Netflix show Emily In Paris, saying her leading role in the the latter is ‘more modern’.

The star, who is the daughter of singer Phil Collins, explained this week that the Netflix show is not a typical romantic comedy, with Emily more focused on her career, friends, travelling and learning.

While the Sarah Jessica Parker-fronted Sex and the City often shows her character, Carrie Bradshaw and pals on the prowl for men and love interests. 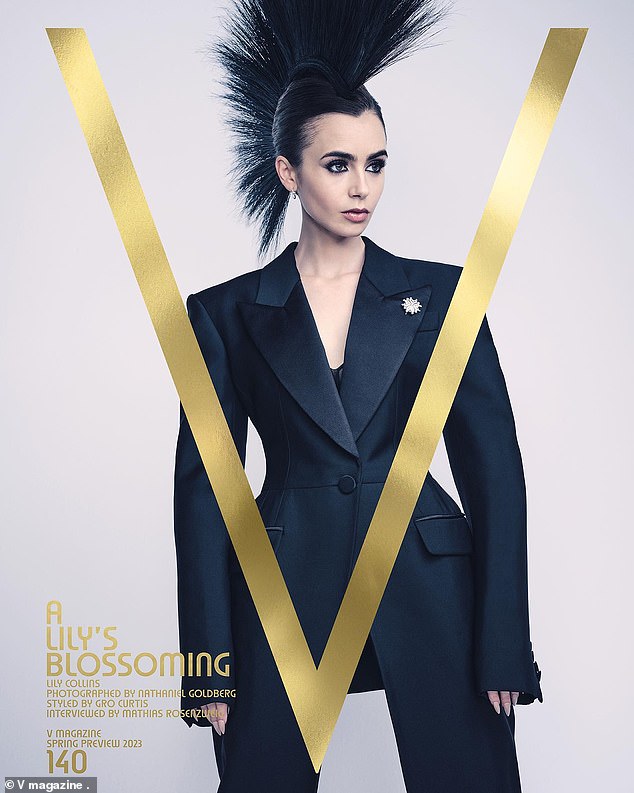 Lily explained that Emily in Paris features a number of other storylines weaved into it’s rom-com layout, adding more than romance.

In a new interview with Harpers Bazaar Espańa, the actress was asked about the difference between her own character and Sex and the City’s Carrie Bradshaw.

Putting it down to a change in times, she shared: ‘The series is not a romantic comedy in the classic sense.

‘It is true that there is romance, but Emily is a contemporary woman who is more focused on her career, her friends, traveling, learning and focusing on the relationship with her own identity.

Continuing on the topic that the protagonists in Sex and the City lived in a continuous search for a man, the actress added that Emily is ‘going with her time’. 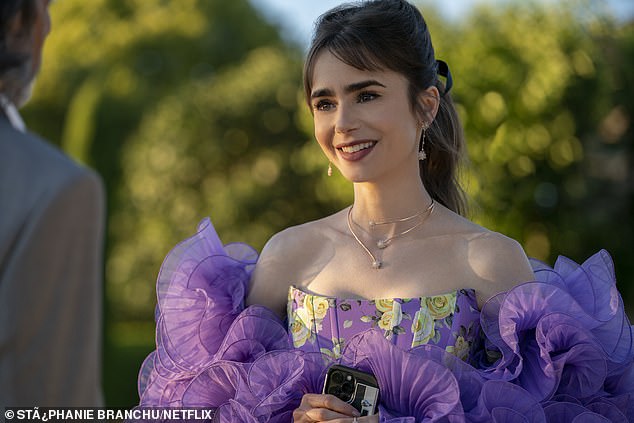 On-screen: Emily is a contemporary woman who is more focused on her career, her friends, traveling, learning and focusing on the relationship with her own identity (Lily pictured on the show)

She added: ‘Many times I am asked if Emily is more workaholic than romantic and I think she is both.

‘That she has a romantic view of life and that she needs others, her friends and her environment, but she does not establish bonds of dependency because she is looking for herself and building herself. The new generations respond more to that model.’

She added: ‘Emily has talked to me about how to deal with problems, she is more practical and usually finds solutions quickly, instead of wallowing in the problem, jump over them.’ 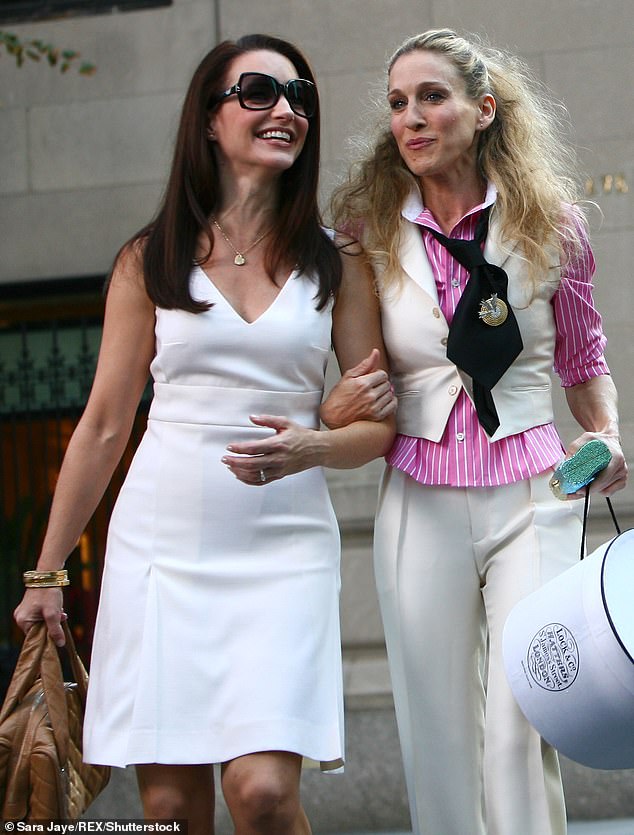 Different time: Lily explained that Emily is ‘going with her time’ and differs from Sex and the City’s protagonists, who were often in search of romantic connections