The 15-child limit on class sizes is to be more than doubled under plans to get all pupils back to school in September, with school buildings exempt from social distancing rules.

Proposals being finalised by the Education Secretary Gavin Williamson will continue the ‘bubble’ system that has allowed some primary classes to start up again already.

Currently, the bubbles of up to 15 children are taught together but not allowed to mix with other classes in the school.

The bubble system is hoped to remove the need for teachers to enforce social distancing altogether, instead mitigating the spread of viruses by limiting bubbles’ contact with each other, reports The Telegraph.

Mr Williamson is now planning a ‘double bubble’ that will allow class sizes of more than 30, allowing a full return for primary schools in September.

Children will not be asked to refrain from being in close proximity with each other under the proposed plans, however they will be expected to adhere to social distancing on the journey to and from school, The Telegraph reports.

While social distancing is to be scrapped, basic hygiene such as regular hand washing will still be encouraged within schools, with children told to ‘catch it, bin it, kill it’ if they do happen to sneeze or cough with a tissue nearby.

Bubble schemes are also being planned for secondary schools, where the situation is more complex because of the need for pupils to move around the school for different subjects.

A Whitehall source said the plans, which will be published next week, would allow Boris Johnson to meet his pledge to get all children back full-time for the start of the school year in September.

The move will allow ministers to bypass opposition from teaching unions, who warn a full return will be impossible due to a need for social distancing.

Alternative proposals to requisition public buildings and bring back an army of retired teachers have been abandoned as impractical.

Ministers are now considering whether to make schooling compulsory again for pupils from September.

At a private meeting with the 1922 Committee of Tory MPs last night, the Education Secretary rounded on the National Education Union, which ministers accuse of blocking an earlier return.

Mr Williamson described the militant union, which represents more than 450,000 teachers and support staff, as the ‘No Education Union’.

A source at the meeting said: ‘It’s clear that Gavin has had enough with the leadership of some of the teaching unions who he accuses of working to stop teachers and children going back. He’s tried playing nicely with them and they have strung him along, so he’s going to try a different approach.’ 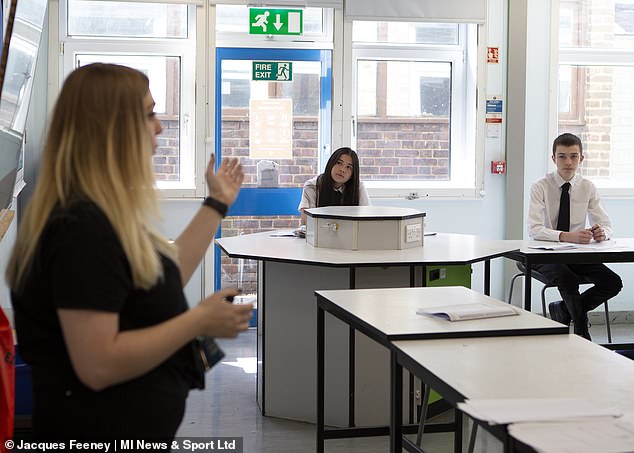 A Whitehall source said the plans, to be published next week, would allow Boris Johnson to meet his pledge to get all children back full-time in September. Pictured, pupils are back in classes at Ortu Gable Hall School in Corringham, Essex

Robert Halfon, Tory chairman of the Commons education committee, last night called for a ‘can-do spirit’. Mr Halfon said: ‘It is critical that we get all children back in September if we are to avoid an epidemic of educational poverty and a safeguarding crisis.

‘We need a can-do spirit from everyone involved to avoid damaging the life chances of a generation of children.’

Ministers faced a backlash this month when they abandoned plans to get all primary school classes back for a month before the end of the summer term.

Head teachers said it was simply not possible to get everyone back while the 15-child limit remained in place.

But a Whitehall source said falls in virus cases meant Public Health England was ready to dramatically increase the guidance on the size of bubbles that can be operated safely.

‘We can change the social distance rules and increase the size of the bubbles,’ the source said. ‘That is potentially a game-changer for schools.’

Reopening schools fully in September could spread Covid-19 from Devon to Cumbria and infect hundreds of families, Sage scientists fear

By Rory Tingle for MailOnline

Opening schools ‘fully’ in September could lead to hundreds of families being infected with coronavirus and force parts of the economy to close down again, the government’s scientific advisers fear.

Although children are thought to be less likely to transmit Covid-19, schools link up large numbers of households, meaning the experts believe a ‘surprisingly small’ chain of infections could rapidly take the virus from Devon to Cumbria.

Due to this risk, the Scientific Advisory Group for Emergencies (Sage) are concerned it will not be possible to re-admit all pupils at the start of the next academic year without going back to a much harsher lockdown. 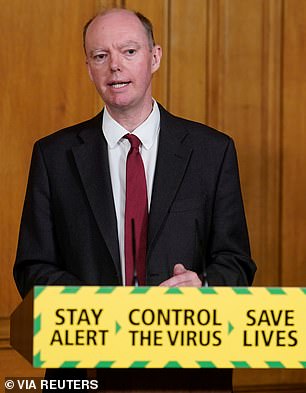 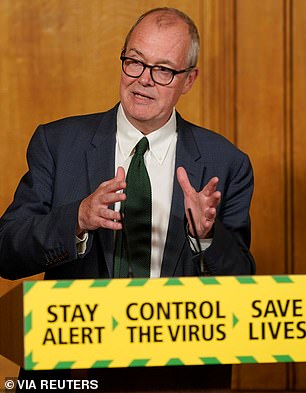 Members of Sage – the two most high profile members of which are Chris Whitty, the chief medical officer for England and Sir Patrick Vallance, the chief scientific adviser – have expressed concerns about the reopening of schools

Boris Johnson told the Commons yesterday that ‘primary and secondary education will recommence in September with full attendance’.

However, sources close to Sage told The Times this may not be possible without closing down parts of the economy again.

They are concerned both about the potential for schools to spread the virus and the risk of people behaving in a less careful manner due to the impression that things had returned to normal.

It came as the two most senior scientists advising the government on coronavirus warned that Mr Johnson’s decision to further loosen restrictions could lead to a resurgence in cases.

Chris Whitty, the chief medical officer for England, said the changes were ‘absolutely not without risk while Sir Patrick Vallance, the chief scientific adviser, said they would have to be reversed if outbreaks began spreading.

Their warnings came amid concerns the hospitality industry had been prioritised over education – although others point to the millions of jobs that would have been lost if the sector had not been allowed to reopen. 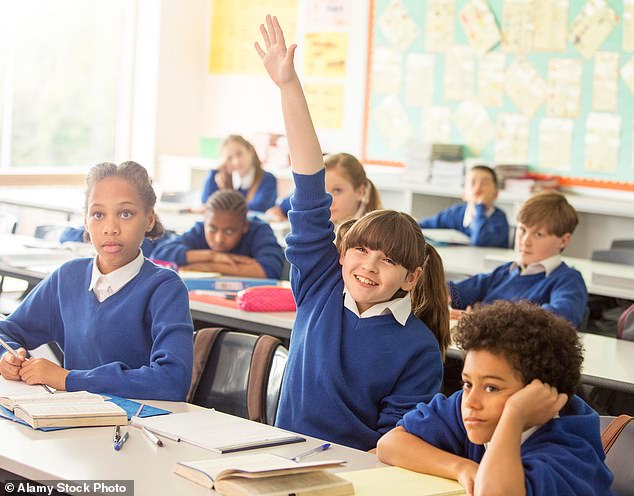 Boris Johnson told the Commons yesterday that ‘primary and secondary education will recommence in September with full attendance’. File pic

Yesterday, the Prime Minister said he wanted to ‘make life easier’ after an ‘incredibly tough time’ for people all over the country and revealed that bars, restaurants, cinemas and hairdressers in England will be able to get back up and running from July 4.

He announced that the social distancing rule is being halved to ‘one metre plus’ to free up thousands of business, with precautions such as face masks deployed to make sure the risks of transmission stay ‘broadly’ the same.

Two households will also be able to gather indoors – meaning families will be able to reunite for the first time in months – though social distancing rules are still in place.

Other relaxations of rules include the resumption of church and other religious services – including wedding ceremonies for up to 30 people – though there is a ban on singing as it poses a ‘particular’ threat of spread.

However, nail bars, gyms and swimming pools will remain off limits and even the relaxed restrictions will come with strings attached, with social distancing measures still very much in place and encouraged by both Mr Johnson and his advisers. 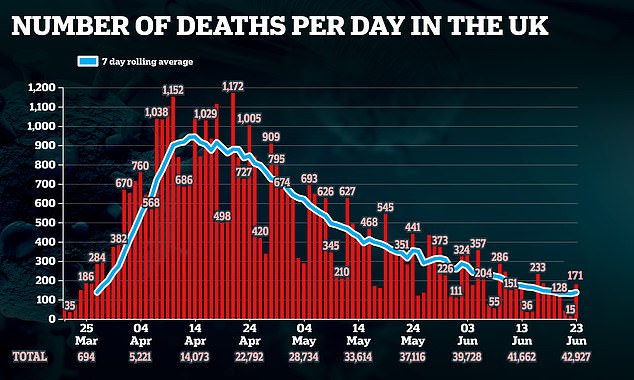