British artist Lincoln Townley has been commissioned to create an iconic portrait of referee Pierluigi Collina to celebrate the UEFA Champions League final.

The official sponsor of the UEFA Champions League, Mastercard, chose the London born artist to reflect the iconic status of the globally watched final as part of its campaign ‘a ball can start something priceless’ which aims to bring families together to create special moments and unique memories.

The mixed media painting finished in diamond dust was unveiled by Lincoln in the build-up to highly anticipated final between Liverpool and Real Madrid in the Ukrainian capital of Kiev this weekend.

Lincoln has achieved global recognition and success with his ICONS collection – a study of famous actors, sporting legends and musicians, including people who have achieved international success.

Lincoln has been commissioned to paint many of the world’s biggest icons including Pele, Ronaldinho, Kate Moss, Al Pacino, Leonardo Di Caprio, Mohammed Ali, David Bowie and many others.

The commission to paint the legendary Italian referee Collina comes just after it was announced that Lincoln will exhibit his new collection at the world famous La Biennale in Venice at the prestigious Palazzo Bembo on The Grand Canal.

Jeanette Liendo SVP Marketing Europe Mastercard said: ‘It is only fitting that Collina is being added to the line of legends and heroes in Lincoln’s ICON series in the year that we are celebrating how a ball can Start Something Priceless. The portrait of the world’s most famous referee deserves to sit alongside footballing stars Pele and Ronaldinho. The artwork is a perfect expression of the joy of football ahead of this weekend’s UEFA Champions League Final’ 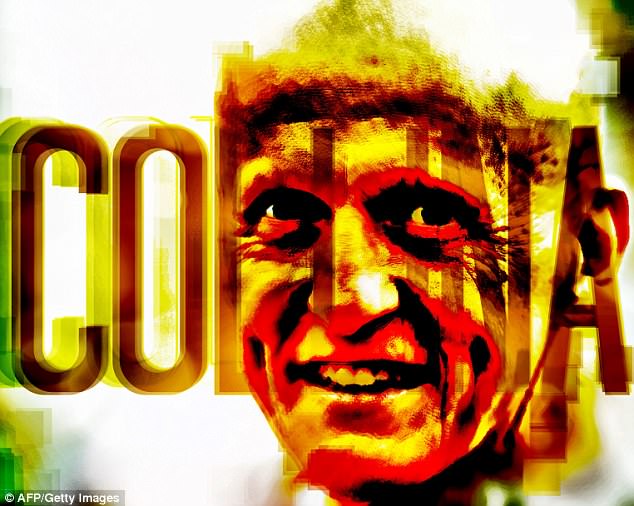 Lincoln Townley said: ‘It was a great honour to paint Pierluigi Collina, the greatest football referee of all time. He is a perfect addition to the globally recognized ICONS collection representing legends who have achieved international success. Collina is instantly recognisable and he is an enigma which I found interesting to paint.’

Pierluigi Collina said about the artwork: ‘I am honoured to be included in such a prestigious line-up amongst some footballing and cultural heroes. Lincoln has done a fantastic job. For me, this piece shows how Football can bring art and football communities together to celebrate. It is the beautiful game and it can be a powerful tool for good.’