Litter pickers were left ‘gobsmacked’ after uncovering a grave belonging to possible ancestors of Walt Disney in an overgrown churchyard.

The plot was discovered by community service workers and church volunteers during a clear up of bushes and brambles at St Margaret’s Church, in Quadring, Lincolnshire, last week.

They uncovered the final resting place of William and Mary Disney and their son Richard, who died in 1766, 1765 and 1779 respectively.

It is believed they were blood relatives of animation pioneer Walt, who always believed his family came from nearby Norton Disney, Lincolnshire.

A team of community service workers and church volunteers, lead by Geoff Reynolds, 65 (pictured) were left ‘gobsmacked’ after uncovering a grave belonging to possible ancestors of Walt Disney

Their gravestone is thought to be the oldest in the historic churchyard.

Church volunteer Geoff Reynolds, 65, said they were left ‘gobsmacked’ by the discovery of the grave, which had been covered in bushes and brambles for decades.

He is now in the process of trying to verify the link and has been told by a historian that, based on geography, it seems ‘very possible’ the names are linked. 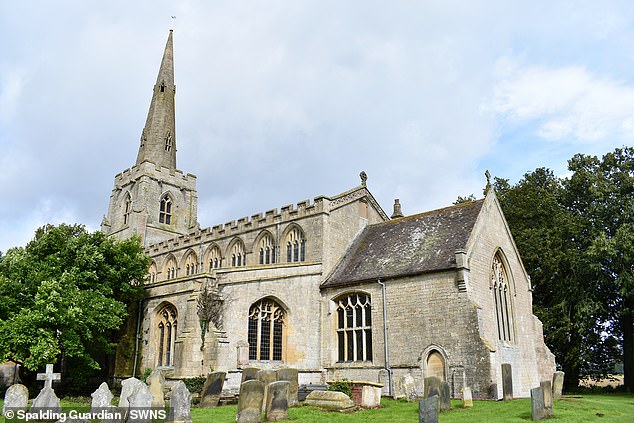 The team uncovered the final resting place of William and Mary Disney and their son Richard, who died in 1766, 1765 and 1779 respectively, in the overgrown churchyard of St Margaret’s Church (pictured), in Lincolnshire, last week 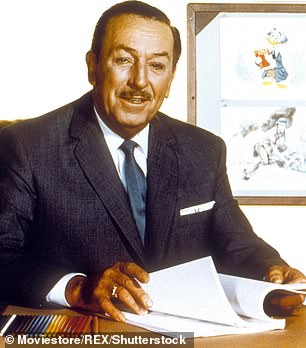 Mr Reynolds, a grandfather-of-two, said: ‘When we saw it was a Disney grave we were all gobsmacked.

‘We understand Walt Disney’s family came from nearby Norton Disney and we are looking into whether there are any ties between him and the names we found on the gravestone.

‘If you accept the Norton Disneys as his ancestors, then there’s a fair chance these are his relatives.

‘I said that it was probably something to do with Walt Disney, and the vicar, the Reverend Ian Walters, said the Disney family had settled in Norton Disney.

Walt Disney’s search for his ancestors in Lincolnshire:

In 1949 Walt Disney traveled to the small village of Norton Disney in Lincolnshire to discover his ancestors.

Travelling with his wife Lillian and their two daughters Diane and Sharon.

A blog suggests the Disney lineage can be traced all the way back to soldiers from the d’Isigne family who came over to Britain with the invading Norman army of William the Conqueror in 1066.

Source: Disney’s Robin and Films from the fifties

‘The churchyard had over numerous years been let go and had become very overgrown.

‘During this clear-up we found numerous graves that had not been seen for quite a lot of time.

‘But this is now the oldest we have uncovered. It is very close to the site of the church, which usually means it is someone quite important.

‘It was perfectly preserved even though covered up.

‘Because of the proximity to Norton Disney, the idea the Disneys from that village could have got down this far wouldn’t be a surprise.’