Lindsay Lohan ‘is more than $100K behind on tax payments’

Lindsay Lohan claims she was not at fault for falling behind more than $100,000 in taxes to the U.S. government.

The six-figure balance led federal officials to issue a tax lien on the actress, who thinks a manager at the Los Angeles business she hired to handle the payments bungled the transactions, insiders told the outlet.

Tax troubles: Lindsay Lohan, 31, pictured at the Daily Mail’s holiday party in NYC this month, is launching a probe into why she’s behind more than $100,000 on taxes to the U.S. government

During the time period the New York native didn’t pay her taxes, she had appeared in the film Machete and on the TV series 2 Broke Girls.

The Mean Girls actress has begun an investigation over the financial flub, the outlet reported.

The pop culture lightning rod, who was in attendance at the Daily Mail’s Unwrap the Holidays party in New York City, has been living the life of a socialite overseas in locales such as London and Dubai.

‘You can really live your life there,’ Lindsay told DailyMailTV earlier this month of her residence in Dubai, noting that she was thriving in the luxe United Arab Emirates city. ‘I’m good, I’m really happy, I’m in a really good place. I love life!’ 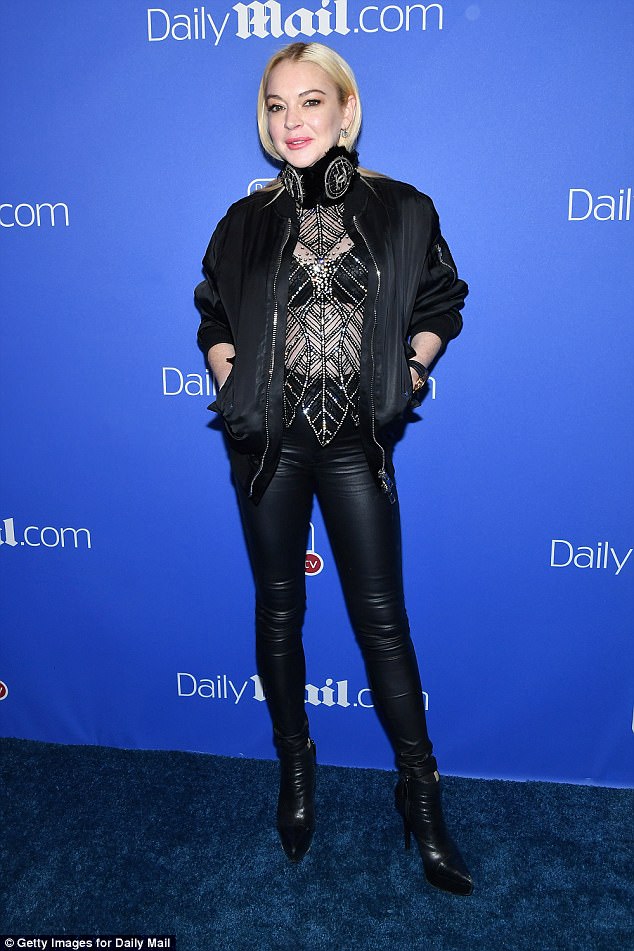 It was a very good year: Lindsay looked in good spirits at the party, sporting a blonde mane and stylish black ensemble 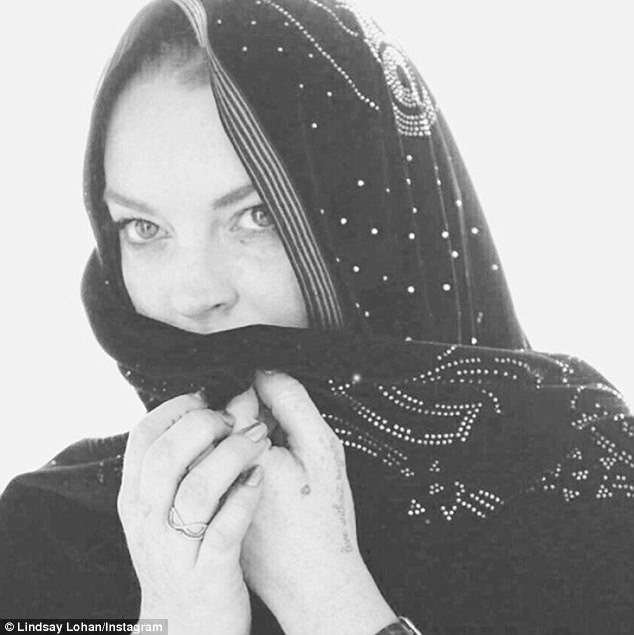 Secure: Lindsay said she loves the ‘the serenity and peace … living in the Middle East’ in a chat with Entertainment Tonight earlier this month. She shared this shot on Instagram in March

The red-headed actress is viewed as ‘kind of like Paris Hilton’ in Dubai, a source told People of the star, adding that ‘she’s oddly very popular there.

‘She has a bunch of girlfriends and she has a place now,’ the source said. ‘She has become a lady who lunches with all these women who have businesses. It’s taken her time to get used to the lifestyle, but she likes it now.’

At the Daily Mail party, Lindsay spoke with Entertainment Tonight about the differences between residing in New York and Dubai. 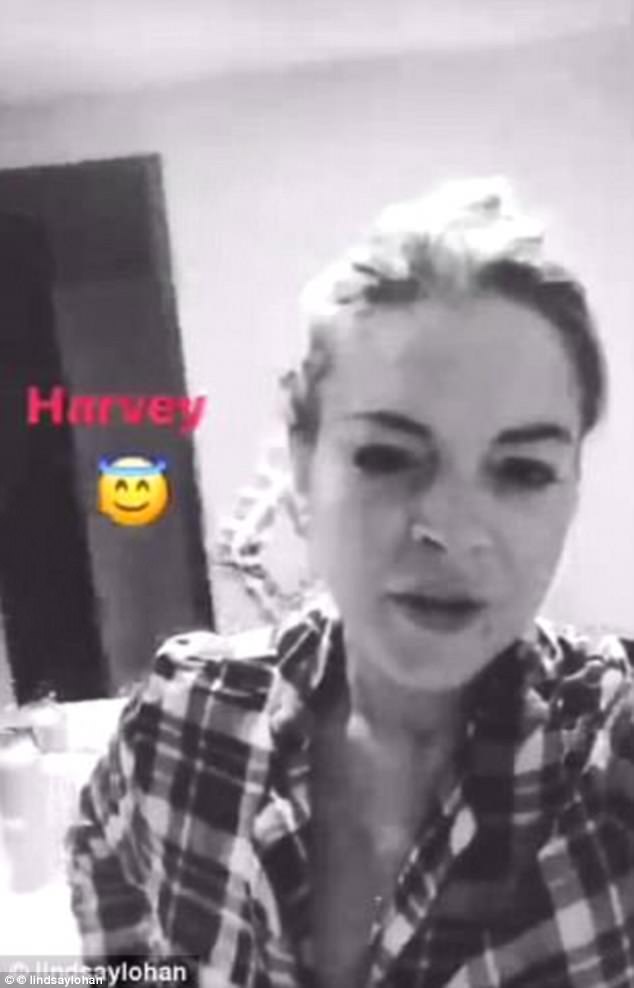 In the limelight: Lohan raised eyebrows this past October when she took to social media to defend producer Harvey Weinstein after he was accused of multiple instances of sexual harassment and misconduct 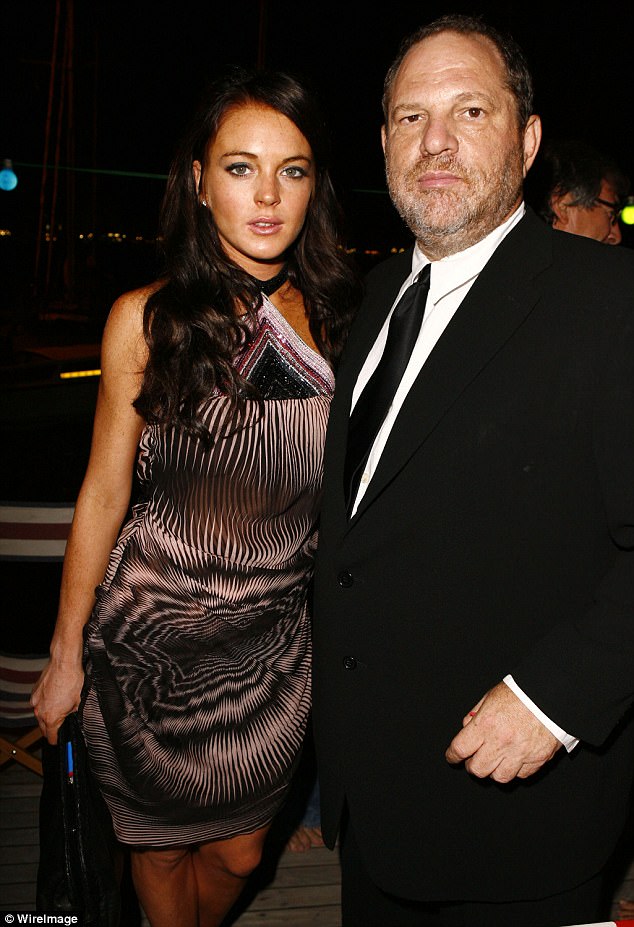 Defender: Lindsay, pictured with Weinstein at the Venice Film Festival in 2006, said that his wife Georgina Chapman should have stayed by his side amid the scandal

‘I love living in New York, but I do love the serenity and peace that I find living in the Middle East because there are no cameras in Dubai and I can actually focus on what I want to do in life.’

She said she enjoys that she doesn’t ‘have to be scrutinized every second’ as she spends her time in Dubai.

‘I can have a private life and have a public life, but when I choose to,’ she said. ‘And I think that’s really important.’