She’s living the dream after opening her second beach bar in Greece.

And Lindsay Lohan, 31, looked delighted as she hung out with pals while celebrating the opening of her LOHAN Beach House Mykonos on Friday.

The redheaded beauty was surrounded by admirers as she was photographed hanging out in a beachside cabana.

New venture: Lindsay Lohan celebrated the opening of her beach bar in Mykonos on Saturday

Lindsay wore a cream tank top and summery maxi skirt to which she added a dark belt.

She beamed a big smile as she chatted to friends hiding behind some mirrored aviators.

The actress is based in Dubai these days but has a fondness for Greece, regularly island hopping during her summers.

The actress also lent her name to LOHAN Beach House Rhodes and is co-owner of LOHAN nightclub in Athens. 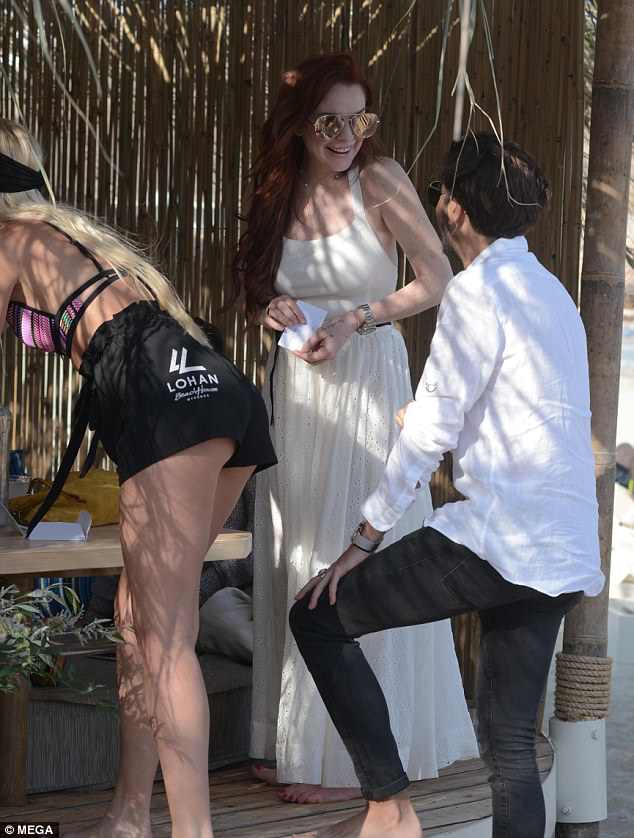 Congrats: Lohan received gifts and cards from well wishers at LOHAN Beach House Mykonos as she hung out in a cabana

Her good pal Dennis Papageorgiou, a Greek millionaire and restaurateur, named the hotspot after the Mean Girls star.

Papageorgiou is the sole owner of the club but gives Lindsay co-ownership rights and some of the profits.

In a recent interview on The Kyle and Jackie O radio show Lindsay revealed she is terrified of going back to California.

‘I’m terrified of going to LA. Just landing at the airport scares the s**t out of me,’ Lindsay told hosts Kyle Sandilands and Jackie ‘O’ Henderson.

‘When I do something good, they [the press] just bring it up,’ she added, referring to her past legal troubles while living in LA. 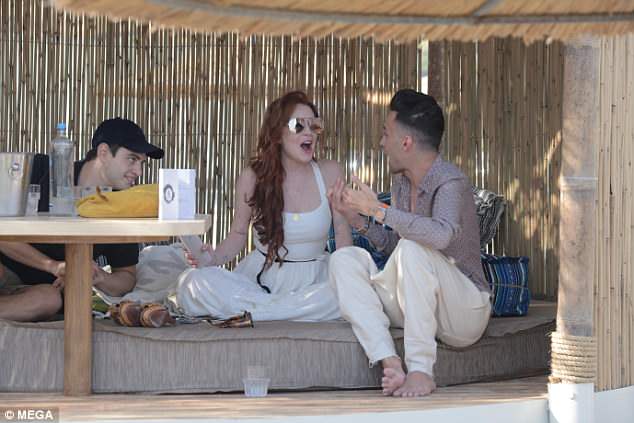 Summer chic: Lindsay wore a cream tank top and summery maxi skirt to which she added a dark belt 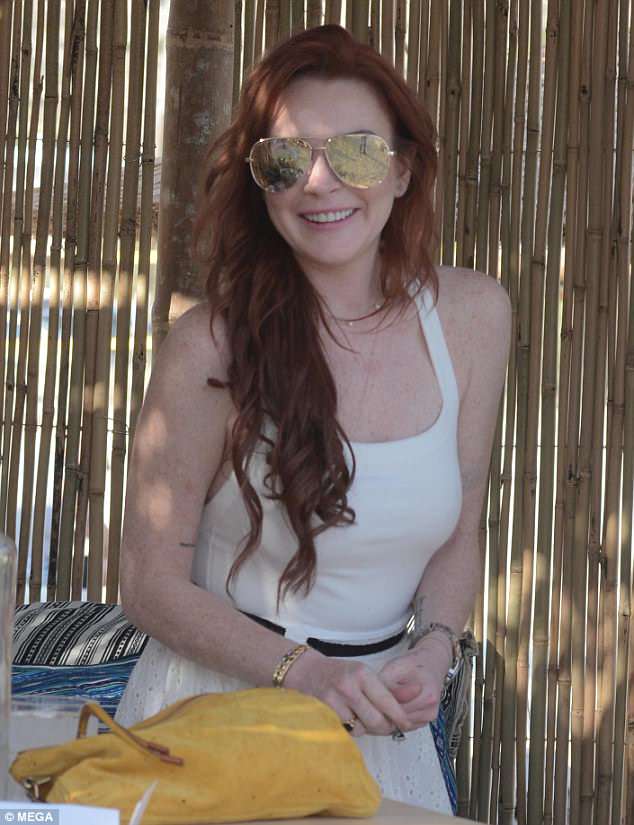 Sun-seeker: The red headed beauty shaded her eyes with some large mirrored aviators

‘I’m nearly 32 years old. This is so long ago,’ Lindsay explained.

The Mean Girls actress relocated to Dubai in December 2016, having previously lived in London, England.

Lindsay told W Magazine in February that she feels a sense of calm living in Dubai.

‘There’s a certain calmness that I find there. There’s no paparazzi, no cameras. That’s a big deal for me,’ she said.

‘I do really appreciate having the life where I can just go outside and not have to worry.’

During her twenties, Lindsay often found herself in the tabloids as she struggled to adjust to life in the spotlight.

The former child star was in and out of court after a series of arrests for driving under the influence, among other offences, and even served a few hours in jail. 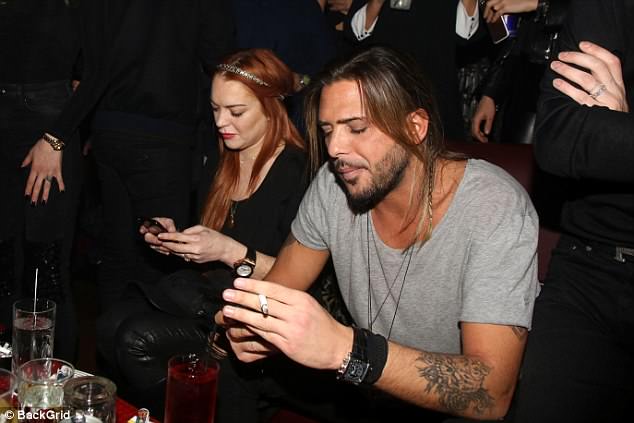 Lindsay is also co-owner of LOHAN nightclub in Athens with business partner Dennis Papageorgiou. They are pictured at the club in February this year