Lindsay Lohan’s father has appeared in court after being arrested over a domestic violence dispute with his estranged wife.

Michael Lohan, 59, was taken into custody on Monday after Kate Major went to police and claimed that he’d attacked her at her home The Hamptons, according to a police report obtained by DailyMail.com.

Major, who filed for separation from Lohan after one year of marriage in 2015, said he became violent with her after she confronted him about his internet browsing history, which apparently showed that he had been searching for escort services in Houston while he was on a trip there.

In a handwritten statement included in the police report, Major describes how Lohan allegedly threw plastic clothing hangers at her before grabbing her by the throat, leaving her with visible bruises.

She claimed that Lohan threatened to stab her and berated her as she tried to get away from him, calling her a ‘braindead whore’. 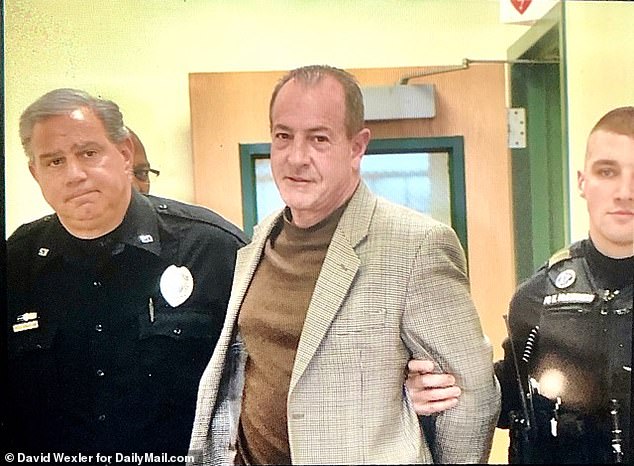 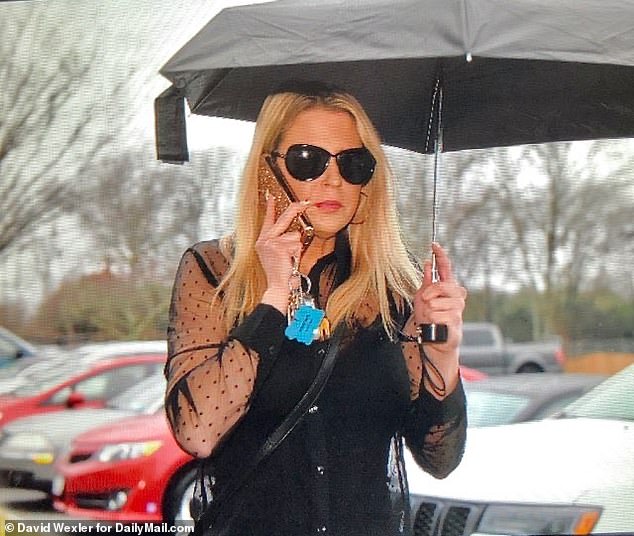 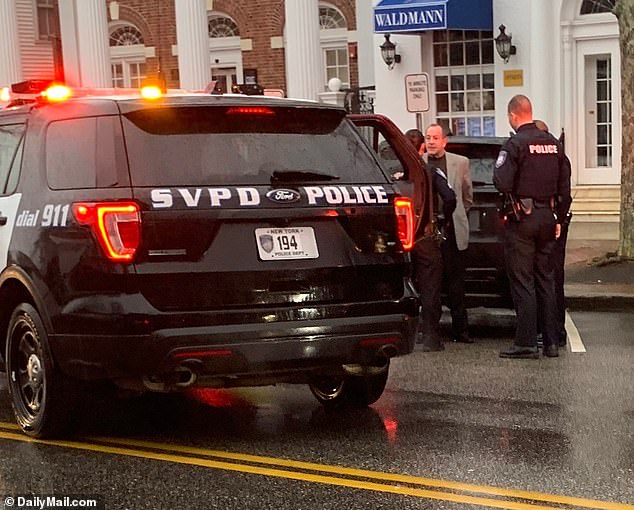 Major said Lohan threw plastic clothing hangers at her before grabbing her by the throat, leaving her with visible bruises 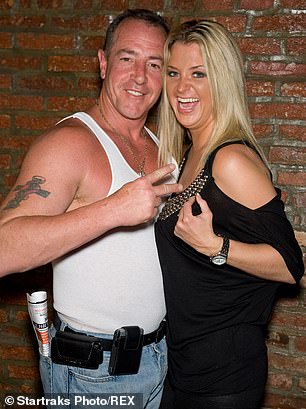 DailyMail.com captured a photo of Lohan being led to a police vehicle in handcuffs outside Major’s apartment in Southampton, New York.

He was booked on one count of ‘criminal obstruction of breathing’ and one count of second-degree harassment, according to the police report.

A deputy wrote in the report that Major was looking for her pet hamster when Lohan began throwing hangers at her.

He then grabbed her hand and squeezed it so hard that the ‘hamster ball’ she was holding shattered.

The fight escalated as Lohan threw Major’s cellphone to the ground and grabbed her by the neck, the report states.

As Major tried to free herself from his grip, Lohan shouted insults at her, calling her a ‘waste of life’ and a ‘whore’.

Lohan also allegedly told Major that he ‘could stab her and get away with her’.

Major left the home and immediately went to see her attorney, who accompanied her to the Southampton Village Police station.

The deputy who wrote the report said there were visible bruises on the right side of Major’s neck and her voice was hoarse. 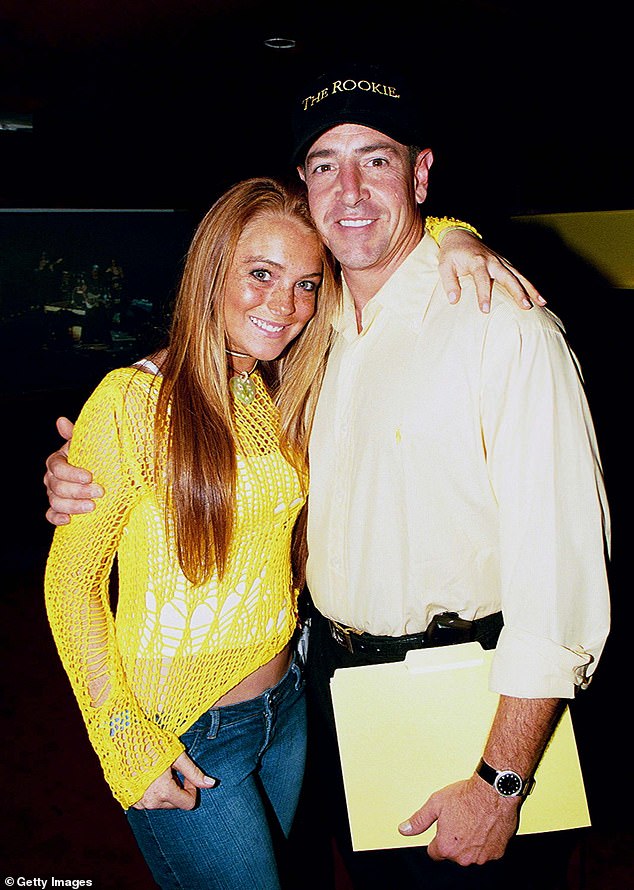 Lohan (pictured with daughter Lindsay in 2002) was booked on one count of ‘criminal obstruction of breathing’ and one count of harassment, according to a police report

Major’s handwritten statement in the report reads: ‘Michael has been following my car and also called the police on me. Today he got extremely violent and threatened to stab me. He called me a whore and threw hangers across the room.

‘He threw my phone. Put his hand around the left side of my neck with his hand. My neck hurts and is bruised pushing into my throat in rage. He also grabbed my right wrist causing the hamster wheel to crack. My right wrist is bruised and sore.

‘He said he just wanted to stab me and end it all. He kept saying I was brain dead – I leave too many lights on and I’m a waste of life. He threatened to call the cops and put me away for 20 years.

‘This has been an ongoing an abusive controlling hell of a life. Today he really scared me and I was scared to call 911 and my hand is sore and hard to write.

‘When he was choking me, my throat is all hoarse and in pain now. When I was looking for the hamster he kicked me on the right side of my butt as I bent down.’ 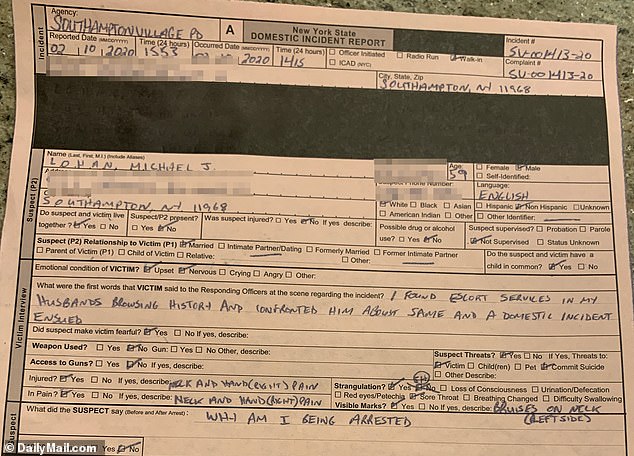 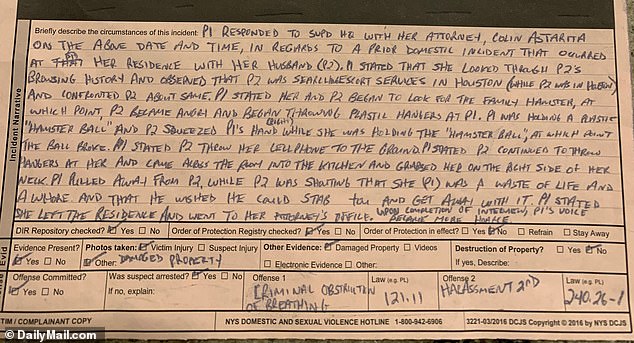 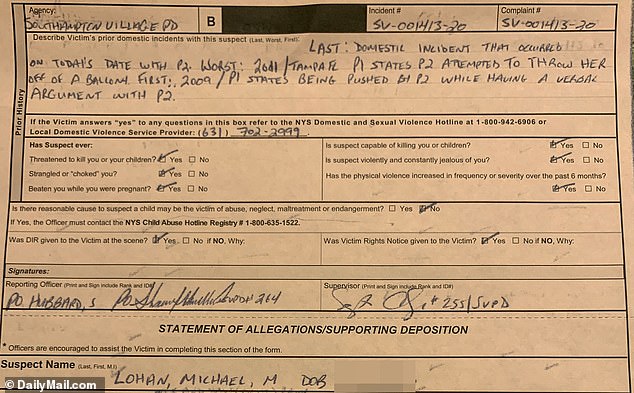 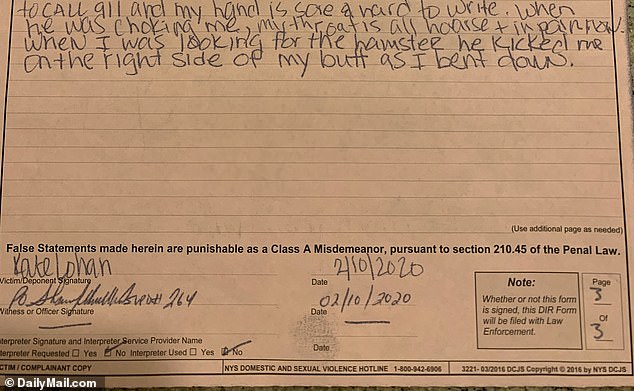 Lohan and Major tied the knot in 2014 and separated a year later. They have two sons together – seven-year-old Landon and five-year-old Logan.

This is not the first time Lohan has been accused of domestic violence against Major.

Two prior incidents were noted in the police report, including one in 2011 which saw him arrested after he allegedly ‘tried to throw Major off a balcony’.

The report states that the first incident took place in 2009 when Lohan pushed Major during an argument. 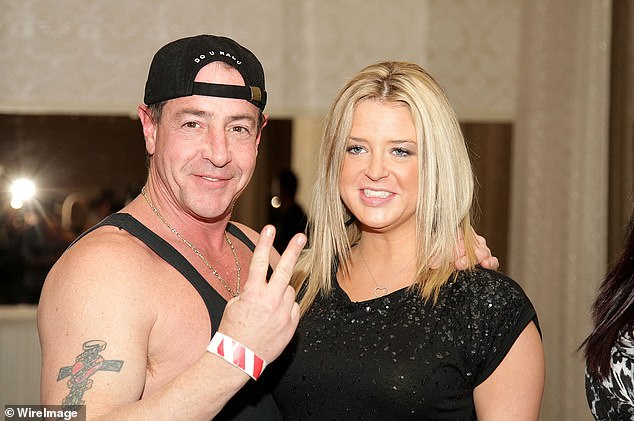 Lohan and Major (pictured in 2010) tied the knot in 2014 and separated a year later. They have two sons together

Lohan’s criminal record dates back to 1990, when he was investigated for insider trading while working on Wall Street. He was ultimately convicted of criminal contempt of court and served three years in prison.

His daughter Lindsay, one of four children he shares with ex-wife Dina Lohan, began modeling while he was in prison and was at the peak of her Hollywood career by the time he was released in 1993.

Lohan was arrested for violating his probation in 1997 after he flew to Napa, California, to visit Lindsay, who had been hospitalized for an asthma attack while filming The Parent Trap. 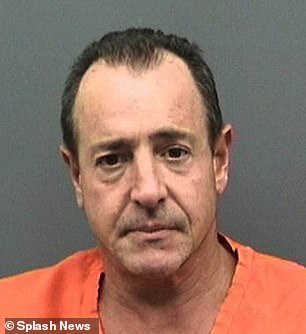 He was arrested once again in 2004 after getting into a fistfight with Dina’s younger brother Matt Sullivan.

While awaiting sentencing on attempted assault charges in that case, Lohan was involved in a DUI car crash that saw him serve another prison sentence.

Dina filed for divorce from Michael in 2005 and it was finalized two years later.

He got engaged to Major, a tabloid reporter, in 2010 and they maintained an on-again, off-again relationship for the next several years.

The tumultuous relationship was depicted in the fifth season of VH1’s Celebrity Rehab, where Lohan was treated for his long history of alcohol and cocaine abuse.

Major and Lohan welcomed their first son Landon in January 2013, followed by their second son Logan in December 2014.

The couple lost custody of both children in November 2015 after they were filmed engaging in a violent fight in front of the kids. Major filed for legal separation soon after.

Major also has a rap sheet. She was arrested for a DUI in Palm Beach, Florida, in 2014 and was sentenced to eight months in jail.

In December 2018, she was arrested for commandeering a bus full of people and attacking its driver while she was drunk.

She pleaded guilty to a third-degree disorderly conduct charge in that case last April. 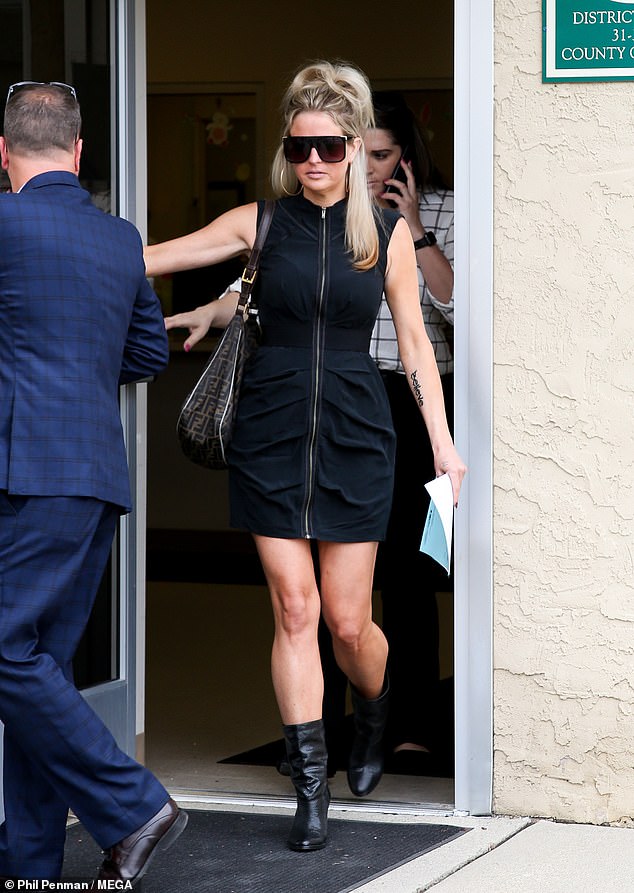 Major is seen leaving court in Pennsylvania on April 17, 2019, after she pleaded guilty to a disorderly conduct charge stemming from a drunken incident on December 25, 2018 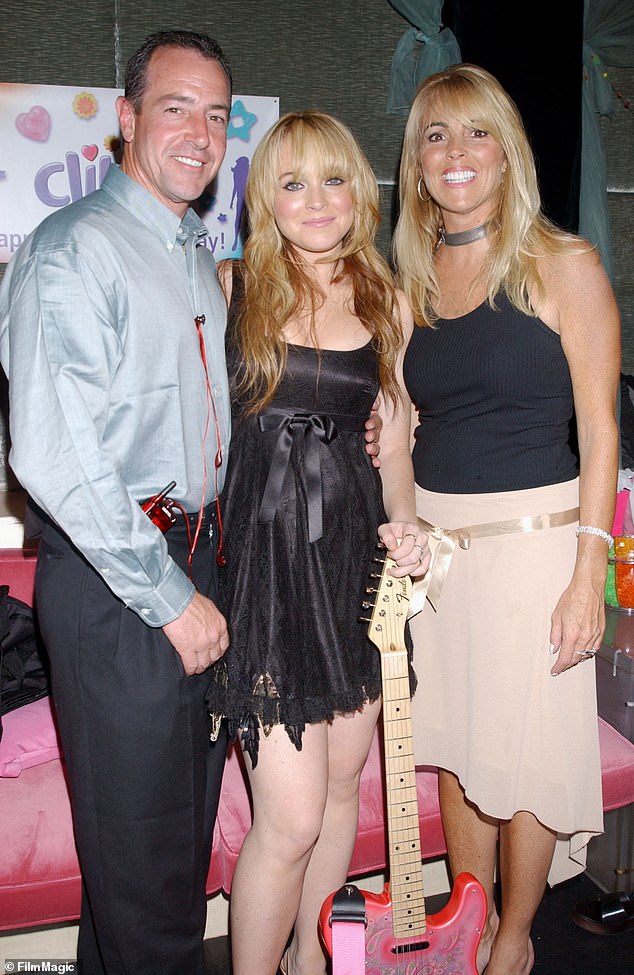