Sen. Lindsey Graham suggested Thursday that Donald Trump’s bare-knuckle feuding with Republicans in Congress is a conscious ‘political strategy,’ and ‘there’s nothing crazy about it.’

Institutional Washington has watched with a mixture of shock and horror as the president picks fights with leaders of his own party, but Graham – who has been on the receiving end of many Trump barbs – told radio host Hugh Hewitt that there’s a method to the apparent madness of cannibalizing fellow Republicans in public.

The South Carolina GOP senator pointed to his own conference’s failure to muster enough votes to fund the border wall that won Trump a groundswell of support from Republican voters last year.

‘He’s running against Mitch McConnell and Lindsey Graham and others. The Congress is very unpopular, particularly with the Republican base, so there’s nothing unhinged about it.’

‘It’s a political strategy that I’m not so sure is smart,’ Graham fretted, ‘but it’s a very thought-out strategy. There’s nothing crazy about it.’ 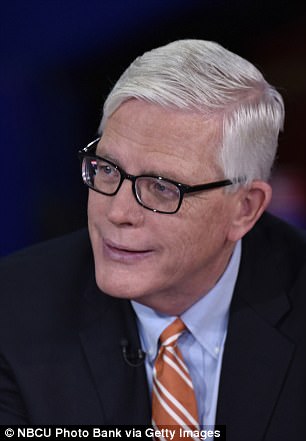 South Carolina Republican Sen. Lindsey Graham (left), whom Donald Trump has clobbered in the past, told radio host Hugh Hewitt (right) on Thursday that the president’s attacks on members of his own party in Congress are part of a ‘thought-out strategy’ 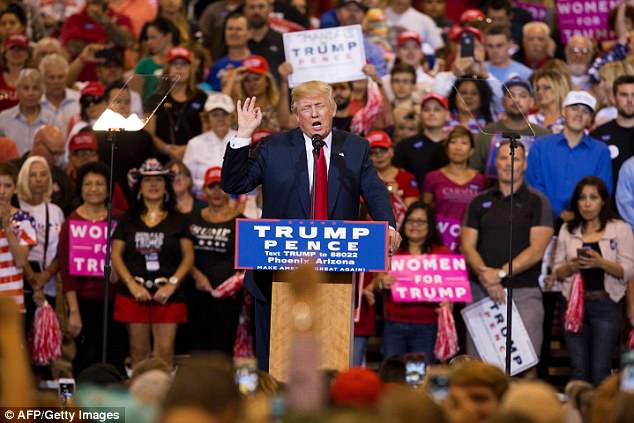 ‘I requested that Mitch M & Paul R tie the Debt Ceiling legislation into the popular V.A. Bill (which just passed) for easy approval. They didn’t do it so now we have a big deal with Dems holding them up (as usual) on Debt Ceiling approval. Could have been so easy-now a mess!’ Trump wrote in a pair of tweets.

An hour later he took another shot at McConnell – this time over stalled efforts to replace the Obamacare medical insurance law.

‘The only problem I have with Mitch McConnell is that, after hearing Repeal & Replace for 7 years, he failed! That should NEVER have happened!’ Trump tweeted.

Graham seemed to shrug it off, saying: ‘There’s nothing ordinary about Donald Trump, okay? … This is not an ordinary guy. These are not ordinary times.’

Despite Trump’s approval ratings dipping below 40 per cent in some polls, voters think far less of Congress.

One pollster this month put that number at a dismal 9 per cent.

The last time a national poll put the overall congressional approval rating at 40 per cent or above was May 2006.

Those dismal showings mean members of Congress must tread lightly before punching up at a president whose base is larger, louder and more loyal than their own. 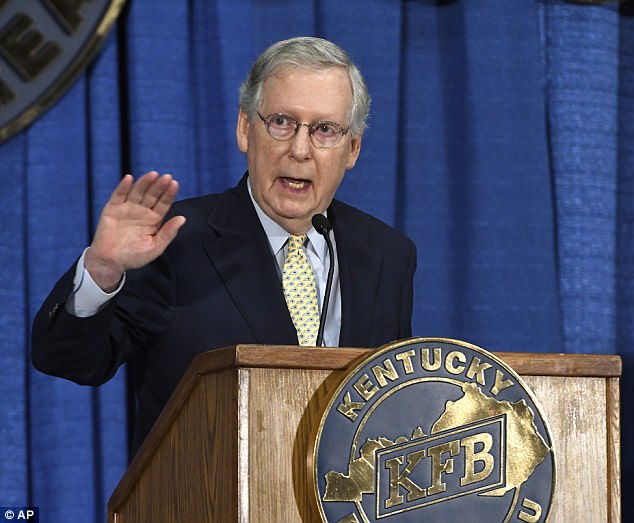 Graham batted away Hewitt’s questions about Trump’s gear-shifting speeches this week that included a raucous campaign rally sandwiched in between somber, teleprompted addresses on Afghanistan and military veterans.

‘He won giving these kinds of speeches,’ the senator said of Trump’s wild moments in Phoenix, concluding that the rally was a chance for Trump ‘to go back to his base and fire them up and put pressure on the Senate and the House to do things he wants.’

‘He’s not the first president to use the bully pulpit to try to push the country in a particular direction or to keep his base on board.’ 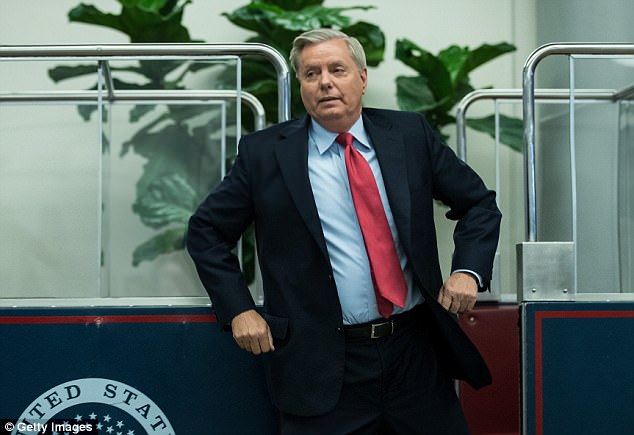 Graham, a congenial South Carolina Republican, talked turkey about Trump’s need to punch down at a Congress whose approval ratings are in the dumpster

The last time a national poll put the overall congressional approval rating at 40 per cent or above was May 2006; now it sometimes reaches single digits

‘The President can be very disciplined,’ he conceded. ‘His Afghan speech was excellent in terms of substance and tone. He listened to the generals, unlike President Obama who ignored sound military advice. President Trump’s going to take it.’

‘He goes to Phoenix and kind of goes nuts on stage, but that’s Donald Trump.’

‘The rally is Donald Trump going back to base politics, firing up his base to create political pressure and to keep his people on board for his agenda,’ Graham said.

He also advised Trump to ‘stop watching cable TV’ because ‘nobody else watches it. … Quit watching this junk!’

‘And I said, “Mr. President, you’re watching MSNBC at 11:00. If you stop watching it, their audience goes down by half”,’ he recalled. 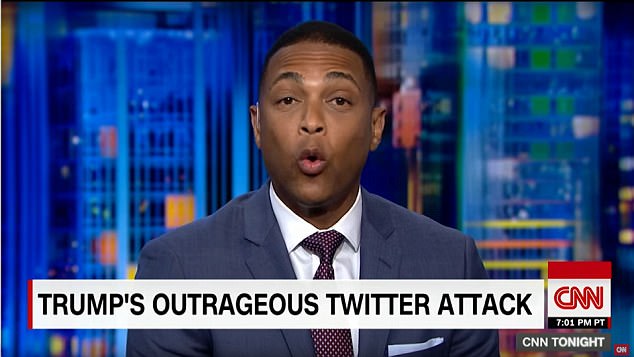 Graham said Trump should turn off cable TV hosts like CNN’s Don Lemon, whose job is to please an audience that ‘wants to hear [him] say something bad about Trump’

And ‘if you watch MSNBC,’ the message is ‘”Let me tell you why I hate Trump more than you do”.’