Line of Duty creator Jed Mercurio has revealed filming on the show’s sixth series is set to resume imminently.

Filming on the iconic BBC drama halted in March amid the COVID-19 pandemic, but showrunner Jed revealed in a tweet on Thursday that he was jetting to Belfast to self-isolate ahead of a return to production.

He wrote: ‘So I’m on a @British_Airways flight to Belfast to self-isolate before resuming filming of #LineOfDuty and the two passengers in the row behind aren’t wearing masks and the flight attendant won’t challenge them.

‘If we have to shut down again, you know who to blame.’

With Mercurio’s two weeks of self-isolation, it suggests that Line Of Duty will resume filming around mid-September and air sometime in 2021 – although no date has been confirmed.

The show, which stars Martin Compston as DS Steve Arnott, Vicky McClure as DI Kate Fleming and Adrian Dunbar as Superintendent Ted Hastings – following anti-corruptions officers as they root out bent coppers in the AC-12 division. 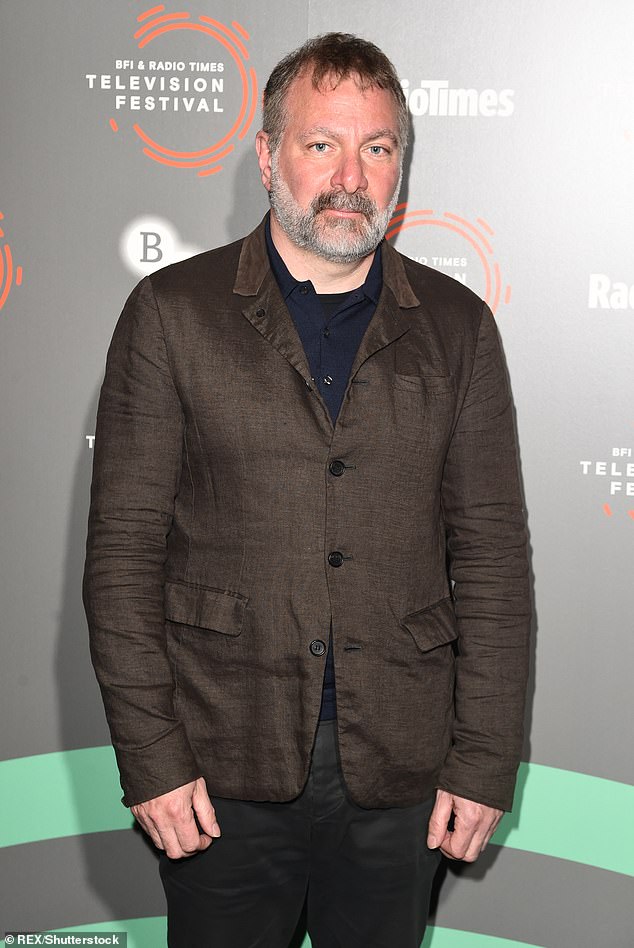 They’s sucking diesel now! Filming on the iconic BBC drama shut down in March amid the COVID-19 pandemic, but writer Jed revealed in a tweet on Thursday that he was jetting to Belfast to self-isolate ahead of a return to production (pictured 2019)

Earlier this month, Martin explained the cast have a ‘definite date that we’re working towards’ to get back on set and they’re hoping to have the forthcoming sixth season shot before Christmas.

Appearing on The One Show, he said: ‘Well, I’m in dire need of a haircut and I’ve also got a few lockdown pounds I need to lose before we get back.

‘We’ve got a definite date that we’re working towards but there’s no point announcing it because the situation’s so fluid,

‘It can change daily, so hopefully we can get it done before Christmas.’

The Scottish star said the new pandemic filming measures will make things on set ‘completely different’ but he is eager to start again. 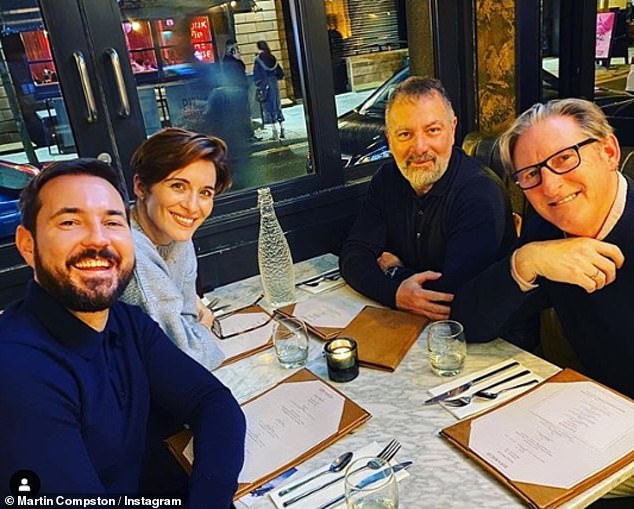 Hit show:  With Mercurio’s two weeks of self-isolation, it suggests that Line Of Duty will resume filming around mid-September and air sometime in 2021 – although no date has been confirmed (above Mercurio with the lead stars)

Discussing necessary alterations in order to keep the film studio coronavirus-safe, he explained: ‘I think there will be changes.

‘I mean there’s going to massive changes off camera just because of the protocols and the social distancing, how many people can be on set, no congregating, people off-camera wearing masks. It’s going to be a completely different feel.

Martin also teased storylines for the upcoming sixth series, which saw filming halted in March because of Covid-19, as he insisted that ‘the scripts are so good!’

He said: ‘In terms of the changes… we really wouldn’t want to compromise the scripts, the scripts are so good, and people are so loyal to the show, there would be no point coming back if we’re going to compromise quality.’

The show’s writers are notoriously tight-lipped when it comes to storylines, and so when quizzed about whether there is, as rumoured, a ‘massive bombshell’ at the end of episode four, Martin teased: ‘Well there’s a few before that as well… 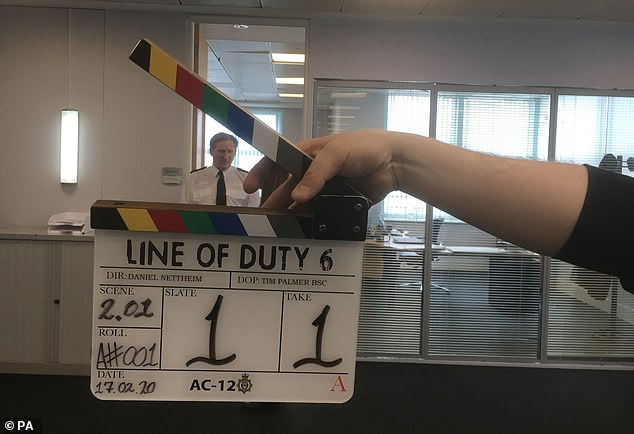 Paused: Filming for series six of the police drama was put on hold in March at the height of the COVID-19 pandemic

Postponed: The official Twitter account for the hit BBC police drama confirmed that cast and crew have been sent home from the Belfast set in March, with show star Vicky urging her fans to ‘look out for one another’

‘But just because I don’t have script five, there’s a big, big question at the end of [episode] four.’

When asked, Martin confessed that he’s not watched any of the Line Of Duty re-runs which are currently being aired on BBC at the moment.

He revealed: ‘Well no, because I have a fear of those woolly cardigans that Jed put me in for the first series. No, it’s hard watching yourself back, and for me it’s the fear…

‘Because there was a big fear of going into such a high profile job, and doing a different accent and being up against these wonderful actors, so it would be hard to watch it back.

‘But I have some great memories of it, I’ve never laughed so much on a job as I did on series one.

‘We were a very close bunch very quickly and had some great nights out, but in terms of filming it’s being about ten years now so it’s been a long time.’

Earlier this month Line of Duty showrunner Jed revealed bosses are hoping that series six will be wrapped by the end of this year.

The acclaimed writer revealed that BBC bosses are currently working to get production back up and running again, with the hope that a sixth series could air in 2021.

Filming for Line of Duty was suspended back in March at the height of the COVID-19 pandemic, with fans eagerly awaiting the next series as they hope to finally learn the identity of the elusive ‘H.’

Shooting began in Belfast on February 17, but a statement explained: ‘In light of the spread of Covid-19, after much consideration, @worldprods are suspending filming of #LineofDuty S6 with the support of the BBC. We will keep you updated with further developments in due course. Thank you.’ 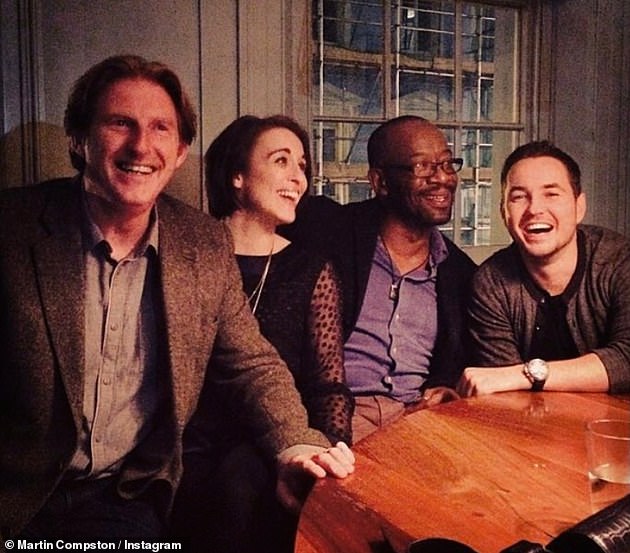 Behind the scenes: The cast have been sharing throwbacks during the lockdown, as series one is re-aired on BBC [the cast are pictured during series one, which also starred Lennie James]