‘It’s been pretty tough’: Line Of Duty’s Jed Mercurio reveals how the crew have adapted to filming the sixth season amid the coronavirus crisis

Line Of Duty’s Jed Mercurio has detailed how the crew have adapted to filming amid the coronavirus crisis for its sixth season.

The writer, 54, spoke candidly during an appearance on Wednesday’s edition of Lorraine about the changes he and the team have made so that they could work, and admitted it has been ‘tough’ to do so.

Saying the crew were ‘delighted’ to be able to film the BBC show’s sixth season, Jed explained: ‘It’s been pretty trough to be honest for you. 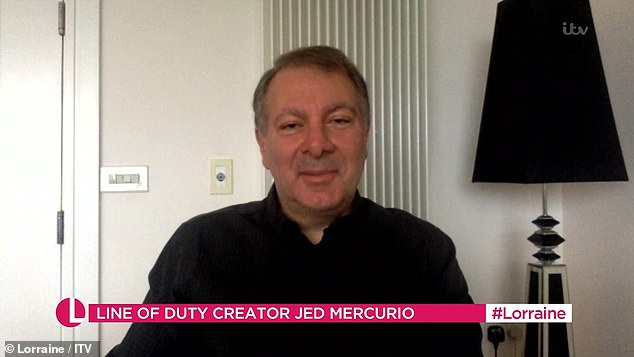 ‘It’s been pretty tough’: Line Of Duty’s Jed Mercurio revealed on Wednesday’s Lorraine how the crew have adapted to filming the sixth season amid the coronavirus crisis

‘I have to pay tribute to our brilliant cast and crew, we’re diligently wearing masks the whole time, we clean things that are passed from one person to another.’

While he admitted there were changes being made, Jed admitted he hoped the alterations wouldn’t be ‘noticed by fans’ when the show returns next year. 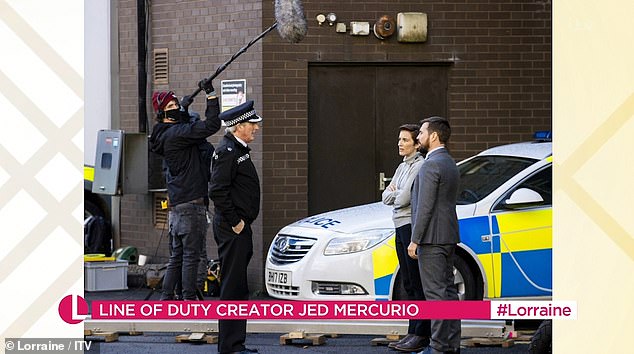 Changes: Jed explained, ‘I have to pay tribute to our brilliant cast and crew, we’re diligently wearing masks the whole time, we clean things that are passed from one person to another’

Detailing the next season, Jed revealed that Kelly Macdonald was set to be the guest star for the series as an officer at the head of an unsolved murder case.

The stars of AC-12, the show’s fictional anti-corruption unit, Vicky McClure, Martin Compston and Adrian Dunbar have been spotted filming in Belfast in recent weeks.

The BBC police drama suspended shooting for series six back in March, before they resumed filming in September after a five-month hiatus due to the Covid crisis.

Since resuming filming in Belfast, the crew have been careful to adhere to the current COVID-19 guidelines by donning face masks while on set. 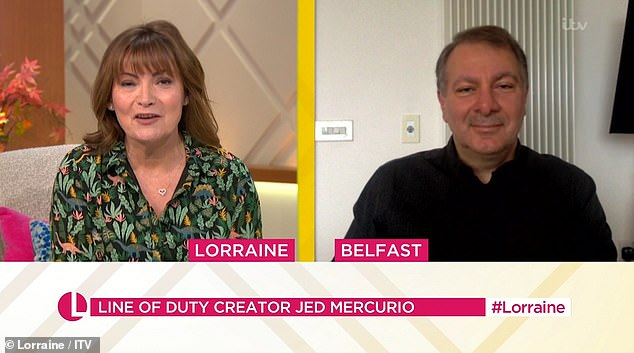 Struggle: Going on to detail the alterations they have made to the shoot, he went on to say they changed ‘scenes from interior locations to exterior locations’ and filmed in the studio more too

Previously speaking about the new safety measures, Jed told the Sunday Times: ‘If we can do a scene outdoors rather than indoors then that’s really helpful for social distancing, and virus transmission is thought to be much lower outdoors.’

But the changes did not stop there, as even the famous glass-walled interrogation room, where the AC-12 trio interrogate suspects in scenes that can take days to film, had to be altered.

Jed explained: ‘We have created much more ventilation around that box and altered how we go about shooting it.

‘The cameras are further away and we’re using remote control cameras, so the crew can be some distance away.’

Another show of Jed’s that people are avidly waiting for is a second season of The Bodyguard, but the writer claimed it was too early to say.

‘We’re still in discussion about that, we don’t have news just yet,’ he claimed.

The sixth series is rumoured to air sometime in 2021 – although no date has been confirmed. Series five aired from March-May 2019. 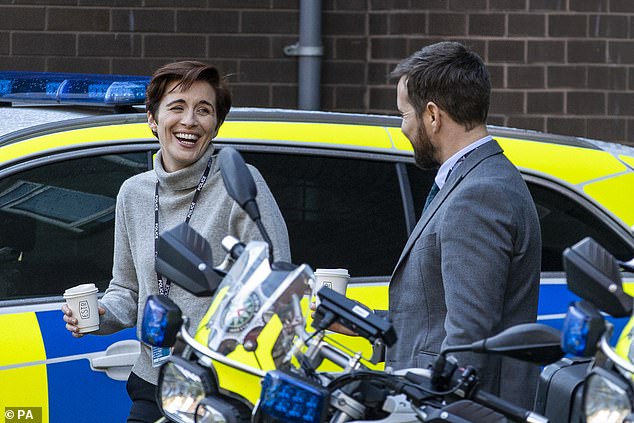 They’re back! The stars of AC-12 Vicky McClure, Martin Compston (both pictured) and Adrian Dunbar have been spotted filming in Belfast in recent weeks