SPOILER ALERT: Line Of Duty’s Kate’s fate revealed? Filming pictures appear to confirm what happened next to DCI Fleming after THAT life or death cliffhanger

Fans were left in suspense on Sunday night’s episode of Line Of Duty when DCI Kate Fleming, [VIcky McClure], looked like she could lose her life during a tense stand-off with PC Ryan Pilkington, [Gregory Piper].

But pictures taken of filming back in September appear to suggest she DOES live because Vicky, who plays Kate could be seen in scenes which haven’t aired yet.

The latest snaps seem to prove that eagle-eyed fans were correct when they predicted Kate lives on after realising unaired scenes feature in the season six trailer.

SPOILER ALERT: Line Of Duty’s Kate’s fate revealed? Filming pictures from September appear to confirm what happened next to DCI Fleming after THAT life or death cliffhanger 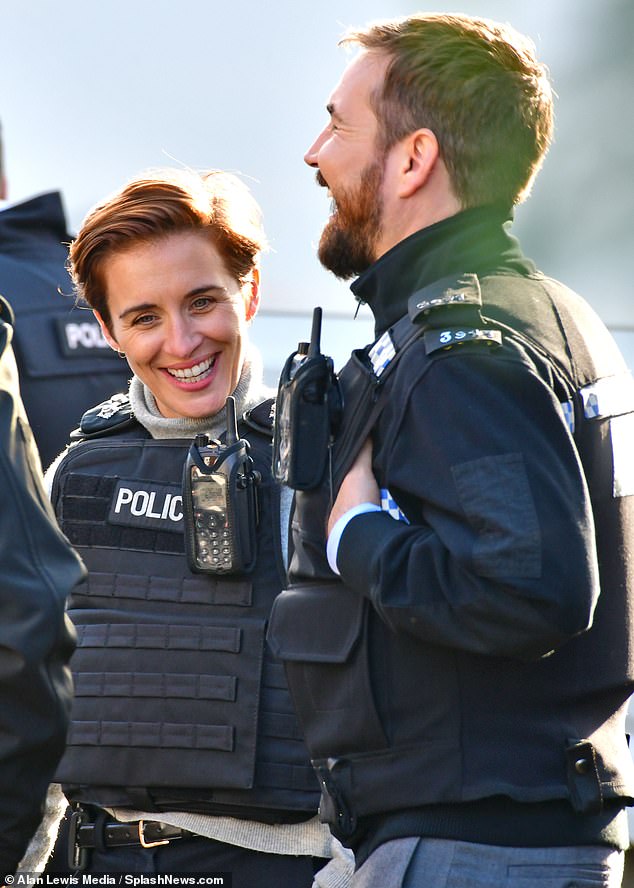 Could it be? Vicky McClure, who plays Kate could be seen laughing while filming scenes which haven’t aired yet, suggesting that she lives

In the new pictures, Vicky appears in high spirits as she films alongside Steve Arnott, played by Martin Compston.

However, there is a chance that these could be flashback scenes or the show’s creator, Jed Mercurio is double bluffing viewers.

Sunday’s instalment of the hit police drama, saw Kate [Vicky McClure] locked in a tense showdown with Ryan [Gregory Piper], with two gunshots heard as the screen faded to black. 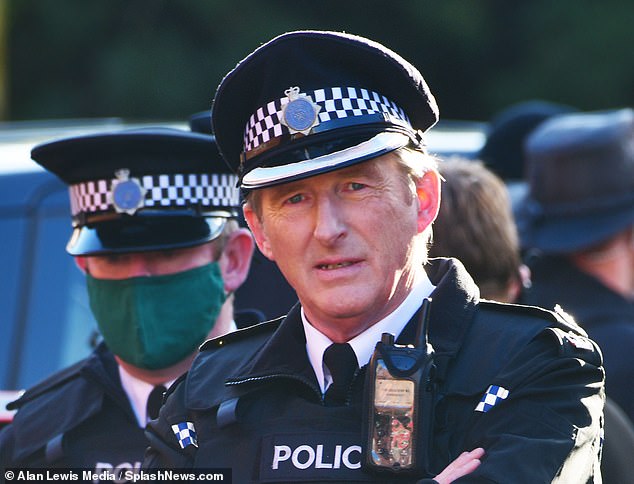 Keen fsns have claimed they already know the outcome from watching the season six trailer, while Adrian Dunbar – who plays Superintendent Hastings – has revealed that there’s already been ‘a very big clue’ about what happens in next week’s episode

Yet keen fans have claimed they already know the outcome from watching the trailer, while Adrian Dunbar – who plays Superintendent Hastings – has revealed that there’s already been ‘a very big clue’ about what happens in next week’s episode.

Putting their amateur detective skills to the test, several Line Of Duty fans took to Twitter after Sunday’s show to suggest that the series six trailer had the answers.

They were quick to point out one blink-and-you-miss-it scene which sees Kate standing next to Acting Detective Superintendent Jo Davidson [Kelly Macdonald] – which has yet to air on the show. 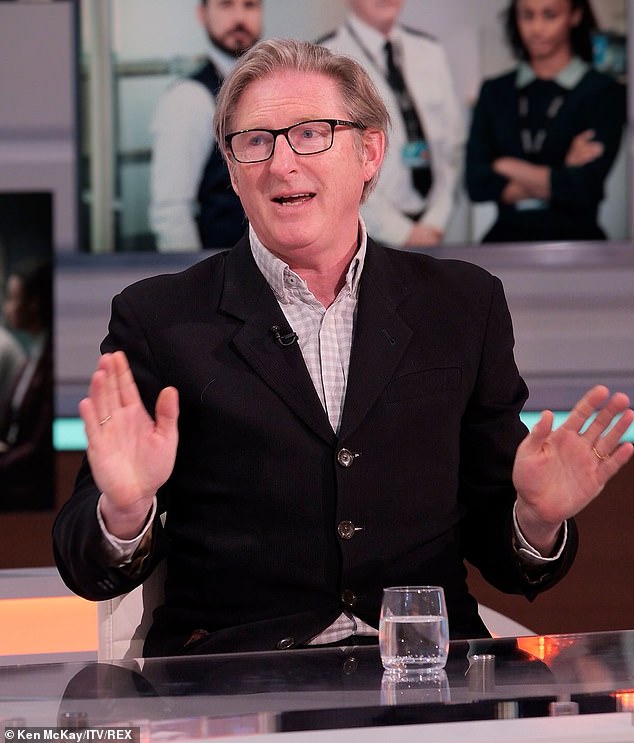 Interesting: Adrian Dunbar, who plays Ted Hastings, revealed that there’s already been ‘a very big clue’ about what happens to Kate in Line of Duty while appearing on GMB on Monday 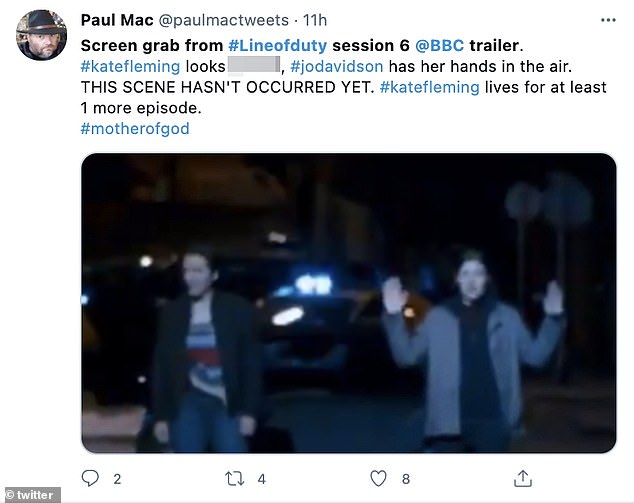 Have they cracked it? Line Of Duty fans are convinced the series six trailer gives away who survives the shoot out between DI Fleming and PC Pilkington

Fans thus deduced the scene must happen in the aftermath of the shooting – indicating Kate survives. Although nothing is known of Ryan’s fate.

One person declared: ‘Screen grab from #Lineofduty session 6 @BBC trailer. #katefleming looks p***ed, #jodavidson has her hands in the air. THIS SCENE HASN’T OCCURRED YET. #katefleming lives for at least 1 more episode.’

And another wrote: ‘Nah she’s no dead! Major spoiler if you Look back at the original season 6 trailer – both Jo and Kate get stopped by armed police, exact same clothes they were wearing just now. I reckon Ryan either missed or the second shot was Jo.’

Adrian appeared to back up the theories as he appeared as the first guest back in the Good Morning Britain studio on Monday, pointing fans away from the misspelt ‘definately’ but insisting many ‘already know’ her fate.

In typical AC-12 style on Sunday’s show, a twist emerged in the form of a throwback clue to the 2019 series showing the word definitely misspelt as ‘definately’ in Jo’s messages – a clue that previously suggested Hastings could be one of the bent coppers he is so hellbent on finding.

Presenter Adil Ray then jumped in asking: ‘They’ve worked it out you mean?’

Adrian continued, knowingly nodding his head: ‘A lot of Line of Duty fans know what’s going on. All will be revealed in the fullness of time.’

Susanna then despaired as she said: ‘I feel like you’re giving us a really heavy piece of information that I can’t for the life of me work out.’

Adrian then dropped the bombshell: ‘Yes, there’s been a very big clue. I’m giving you a scoop. As the first guest back on the show, I am giving you a massive scoop.

‘There’s a clue out there as to what happens next.’