The linesman who asked Erling Haaland for his autograph after Manchester City’s Champions League win over Borussia Dortmund has been temporarily banned from officiating in his native Romania.

Octavian Sovre was captured on camera in the tunnel after the first leg of the Champions League quarter-final getting his red and yellow cards signed by Dortmund sensation Haaland.

The assistant referee has now been hit with a suspension over the incident despite reports in Romania claiming that Sovre has collected signatures from top footballers for the last five years to help raise funds for an autism centre. 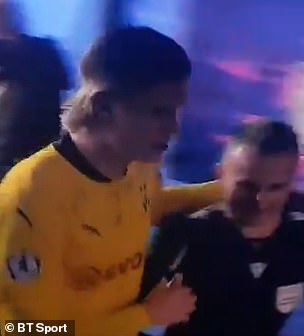 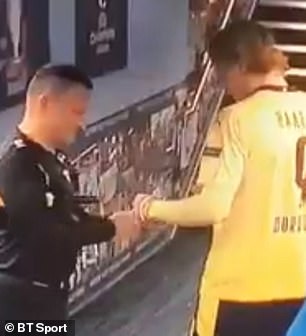 According to a Romanian journalist and reports in the country, the Romanian Referee’s Committee have now decided to take action against Sovre by issuing an officiating ban in Romania’s first tier for the time being.

Sovre, who was originally set to officiate in the final round of Liga I’s fixtures, has now been withdrawn from Ovidiu Hațegan’s team.

That decision has come after UEFA’s chief refereeing officer Roberto Rosetti had written to refereeing teams, warning them that requesting autographs from players was ‘unacceptable’.

‘UEFA has strived to get you respected as much as the players and you have helped with that by looking the part: athletic, commanding, respectful and professional,’ Rosetti wrote on Wednesday. 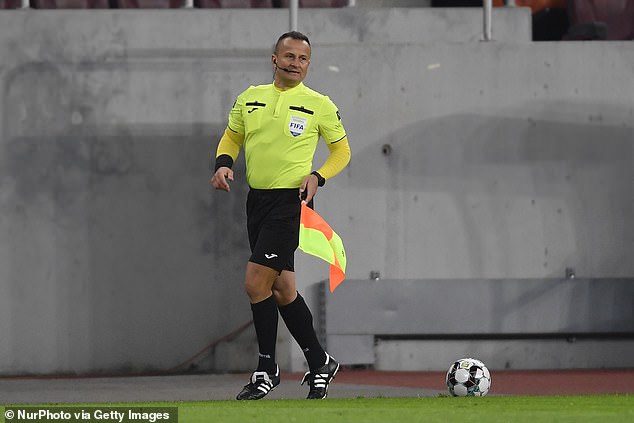 Sovre was due to officiate in the final round of Liga I games, but has now been withdrawn

‘If you want to be respected as much as the players, why would you ask for their autograph or their shirt? Do they ask you for the same?

‘This is simply unacceptable, this is a matter of dignity and don’t forget about the number of TV cameras at UEFA matches – they catch everything.’

This is not the first time Sovre has been caught up in controversy, having been investigated by UEFA earlier this season for general misconduct for his actions in February’s Champions League game between Istanbul Basaksehir and Paris Saint-Germain.

That match had to be abandoned after Sovre’s fellow official Sebatian Coltescu was accused of allegedly calling Basaksehir assistant coach Pierre Webo ‘the black one’, leading to protests and unsavoury scenes from both sets of players as they walked off the field.

UEFA opened up disciplinary proceedings against both Coltescu and Sovre after the match, but neither were investigated for any charges relating to racism. 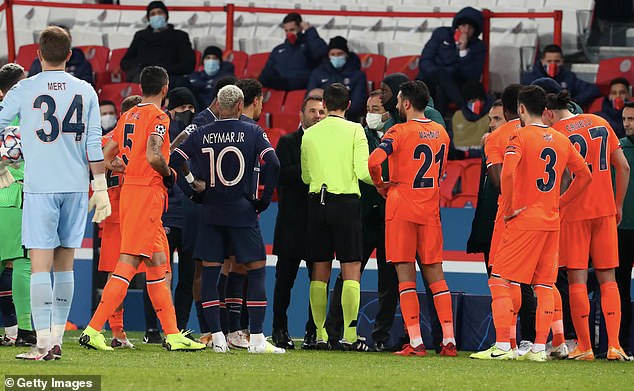 Sovre (not pictured) was also investigated by UEFA earlier this year for misconduct during PSG’s controversial Champions League match with Istanbul Basaksehir, which was abandoned after a different official was accused of racism