A hit Broadway musical’s puppet technician and prop maker was arrested after being accused of making a 3-D gun backstage at the Minskoff Theatre, where Disney’s The Lion King is performed.

Ilya Vett, 47, of Brooklyn, New York, was charged with attempted criminal possession of a weapon after allegedly being found attempting to make the untraceable plastic gun with a 3-D printer.

Authorities said the theater’s security guards first stumbled upon the 3-D printer in the theater’s property room Friday, while it was in the process of printing what appeared to be a plastic handgun, the New York Post reported.

Ilya Vett, 47, of Brooklyn, New York, was charged with attempted criminal possession of a weapon after allegedly being found attempting to make a plastic gun with a 3-D printer at work

The security guards were said to have been helping Vett clear out the prop room at the time because Vett, who worked as a puppet technician on the show, was soon to lose his job, according to the New York Daily News.

Police were called to the theater at about 12.30pm Friday to investigate.

According to the criminal complaint, police said that the 3-D printer was in the process of making ‘a hard black plastic object which, based on my training and experience, is shaped like a revolver.’

The supposed 3-D gun was said to have had a hand grip and a ‘pointed, snub-nosed nozzle’ as well as a ‘an empty space where it is customary for a cylinder holding live rounds of ammunition to be placed,’ according to the complaint. 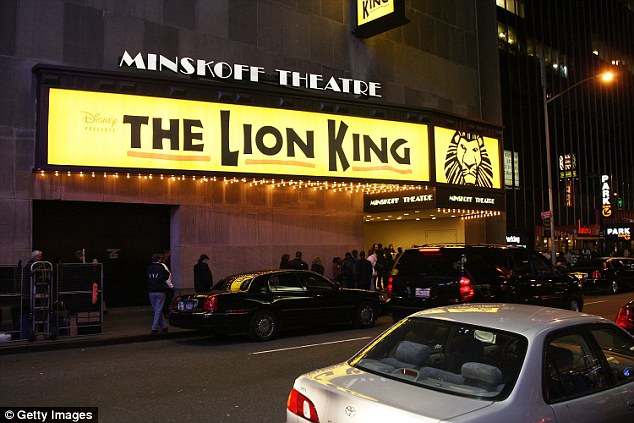 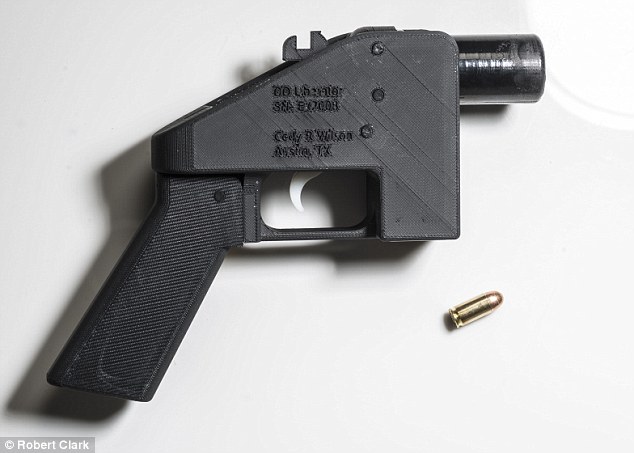 Authorities said the printer was making what appeared to be a plastic gun. Vett allegedly said that he was making the gun as a gift for his brother who has a firearms license (stock image)

The complaint stated that Vett allegedly told police that he had brought the 3-D printer to work because his own ‘workshop is too dusty’ and admitted that the printer was his and that he was ‘making the gun as a gift to my brother.’

Vett allegedly told police that his brother has a firearms license and lives upstate.

Vett is also said to have told authorities that he downloaded the 3-D gun blueprints off the internet and downloaded them onto the printer’s SD card.

He was held overnight by authorities and arranged on Saturday after 8pm.

If found guilty of the felony charge, Vett faces a maximum of four years in prison.

He was released without bail and is due back in court on November 7.

In New York, it is currently illegal to possess an unregistered, 3-D printed pistol or revolver without a valid pistol license, according to the Washington Post.