A lion-loving farmer has been left distraught after finding three of his majestic beasts brutally butchered for body parts – and three others stolen to almost certainly meet the same grisly fate.

When Gert, 48, who owns a remote farm in Petrus Steyn in Free State, South Africa, made his regular check he found the blood drenched remains.

They had been killed and their lower jaws and paws hacked off by poachers who had cut their way through a fence.

They entered the compound and fed the animals chickens laced with poison.

One of his lionesses had been skinned and her organs removed.

Gert is sure they were killed then removed although police are warning locals to remain on the lookout for them.

There is a remote possibility the lionesses escaped through the hole cut in the fence.

A police operation has been launched just in case they are roaming free.

Two of the missing lionesses were pregnant and were close to giving birth with scans showing they were expecting 13 cubs between them.

Gert, who breeds lions, said: ‘I came upon the most ugly scene I have ever seen in my life. Even my workers cried when they saw them. I had brought them up since they were cubs. 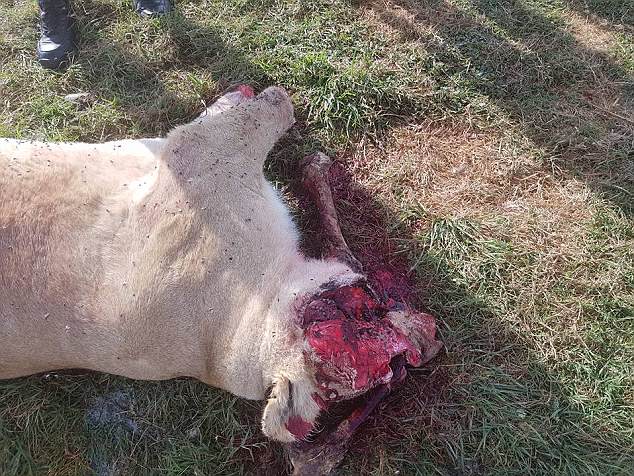 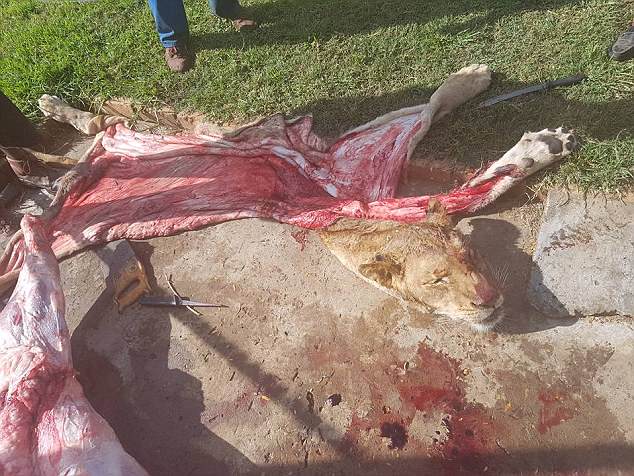 ‘I believe they were killed for muti and the other lions stolen for their bones.

‘It is so heartbreaking. There were 13 cubs inside my lionesses. They lived with me for a year in my house. They are my children. If anyone has any information on them there is a reward.’

Friends of the farmer say he treated his lions like children.

One said: ‘When they are cubs they live in his house until they are too big and he feeds them milk by hand. He loves his lions as if they are his own and he is hurting so much over this.’ 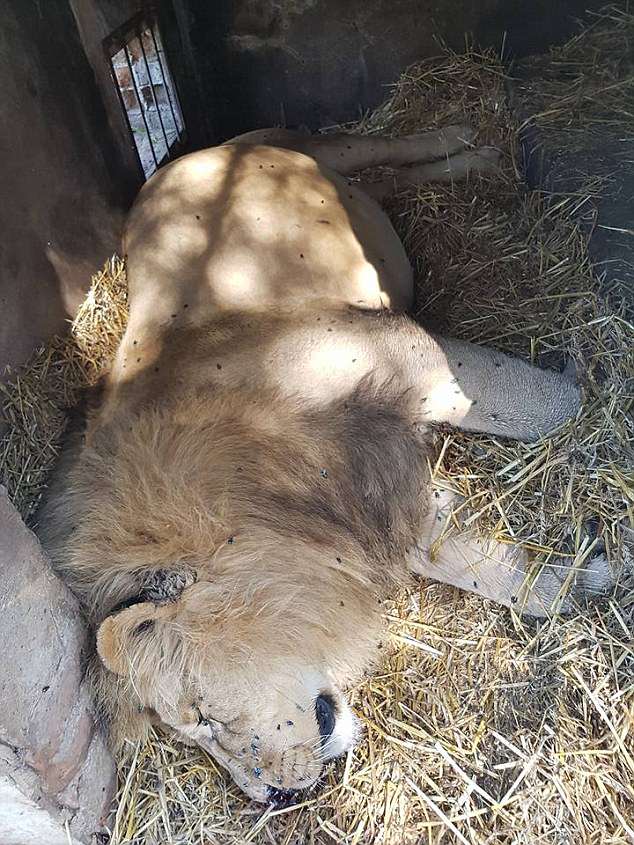 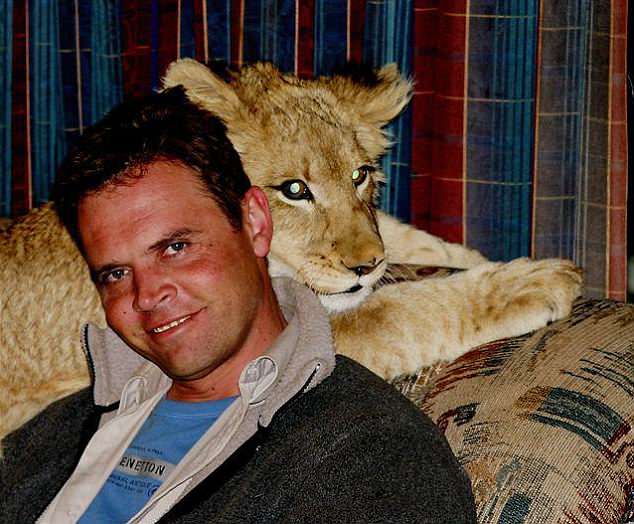 In 2013 another five of the majestic beasts disappeared from Gert’s farm. He now believes they were also taken by poachers

Police spokesperson Captain Zweli Mohobeleli added: ‘Three lions are unaccounted for and it is not yet know if they are dead or loaded up onto a vehicle or if they are out and on the loose.

‘We urge neighbouring farmers and communities to alert us if they are sighted. Our immediate concern is for the safety of people and property or livestock until they are accounted for’.

A vet has has taken samples from the three corpses in an attempt to find out what kind of poison was used.

Gert said he will bury the mutilated bodies on his farm on Monday.

He said: ‘Some people believe their body parts bring good luck like winning the lottery’. 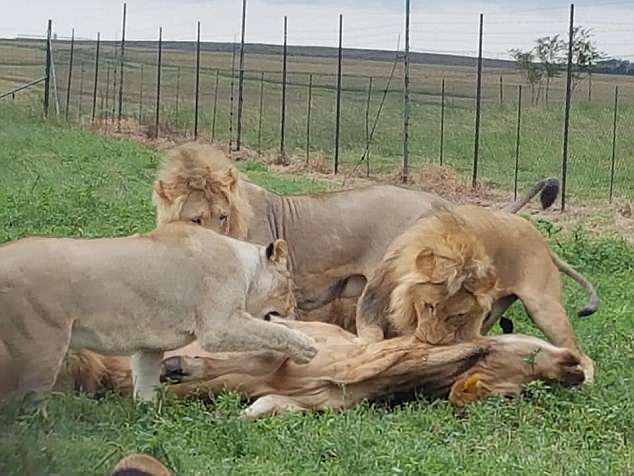 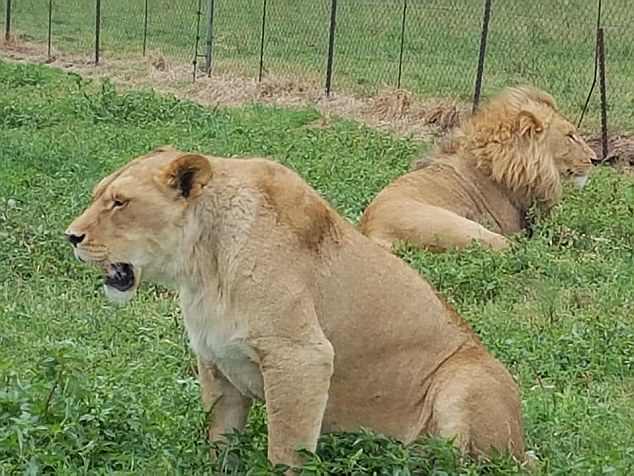 He is reviewing security at his farm and plans to buy new guard dogs after two were killed last week. He now believes they were attacked by the poachers 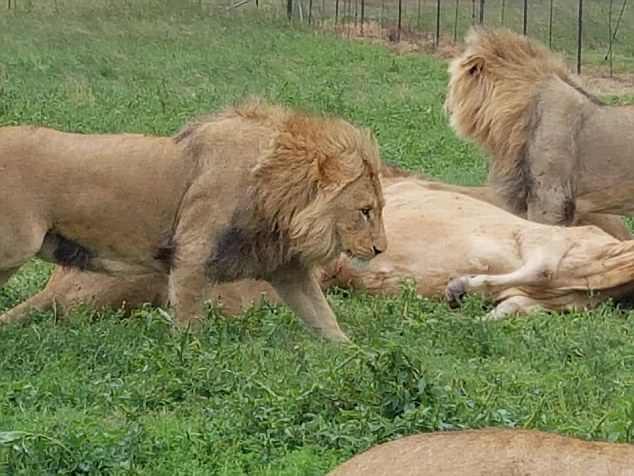 Preliminary investigations show the lions were lured to the edge of the five hectare enclosure with poisoned chickens and when they were dead the gang cut their way inside to butcher them.

Two weeks ago Claasen’s two dogs were poisoned and he now believes the poachers were responsible.

He is reviewing security at his farm and plans to buy new guard dogs.

Close friend Zee Dyson said: ‘Gert treated his animals like they were household pets. Never have I seen someone have such a close relationship with lions with such personal interaction’.

This not the first time Gert has had lions stolen. In 2013 another five disappeared from his farm.

Last year three lions were killed at a farm in Turffontein in Gauteng Province.

Their heads and paws had been cut off. 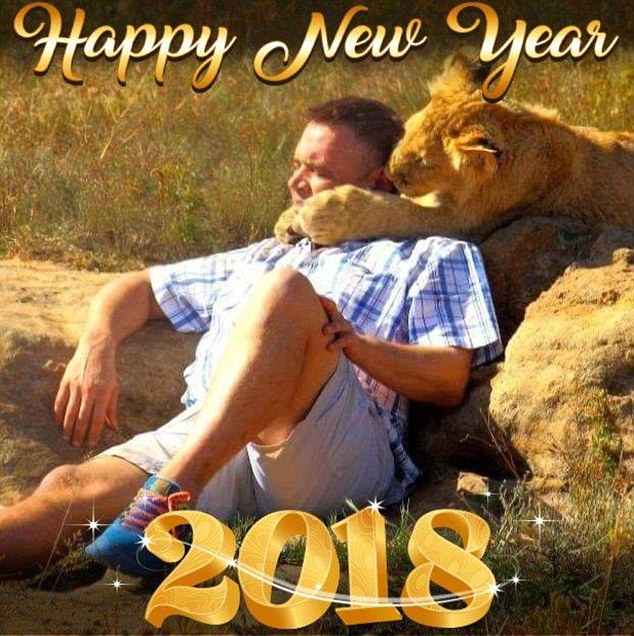 Happier times: Three of Gert’s companions were brutally killed while another three disappeared during the night

A traditional healer from Limpopo, who would not give her name, said: ‘The lion body parts are used to make strong muti to cast spells to protect a person from illness or make them strong.

‘It can be used by a person to scare their enemies or protect them from attack or potions can be made by the healer to make a person strong or respected or feared in the community they live’.

She said: ‘Mostly it is the feet, heads and faces the poachers are after. It is a relatively new occurrence and it is something we are watching closely because of our concern for wild lions.

‘In 2017 there were 22 recorded captive lions poached and on farms where lions are used to being fed they are especially vulnerable and it’s an easy way to get your hands on lion parts.’