Lionel Messi admits it was ‘weird’ becoming team-mates with ex-Real Madrid rival Sergio Ramos at PSG, but calls the defender a ‘spectacular’ and ‘great person’

Lionel Messi admits it is ‘weird’ having former Real Madrid rival Sergio Ramos as a team-mate as Paris Saint-Germain but has admitted the ‘spectacular’ Spaniard is ‘a great person’.

Messi and Ramos were arch-rivals in Spanish football as the captains of Barcelona and Real respectively, but both joined French giants PSG on free transfers over the summer.

Ramos has been injured since the start of the season but is set to make his PSG debut in the coming weeks and team-mate Messi admitted that he is fine playing alongside the Spanish defender now after a strange few months. 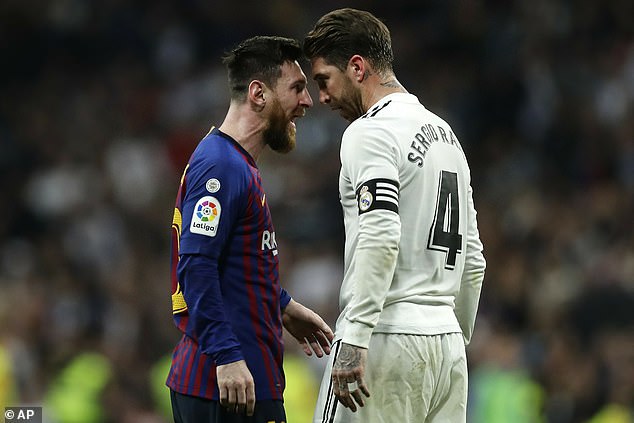 ‘Now nothing,’ Messi told Marca when asked if he feels anything strange about playing with Ramos. ‘But at first it was weird after so many years of being rivals, being the two captains of Barcelona and Madrid, after so many Clasicos played, so many fights we had on the pitch.

‘But all that is in the past and we have always respected each other a lot, no matter how much we have been rivals in those Clasicos. Having him as a teammate today is spectacular.

‘Little by little he is getting back up to speed and hopefully he will play as quickly as possible because he is going to be a fundamental player in order to fight for our targets.’ 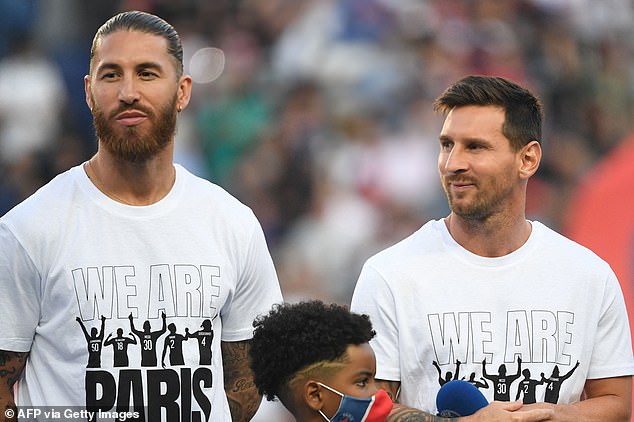 Ramos forged a legendary career at Real Madrid, making 671 appearances and scoring 101 goals, while Messi scored 672 goals for Barcelona in a glittering 17-year career at the Camp Nou

But the pair clashed during several El Clasico battles, with the former being sent off on two occasions for rash fouls on the former Barcelona attacker.

Messi has revealed that he actually knew Ramos quite well from his days in Spain, with the forward’s friendship with Spanish internationals Xavi, Andres Iniesta and Sergio Busquets helping the Argentine understand the defender. 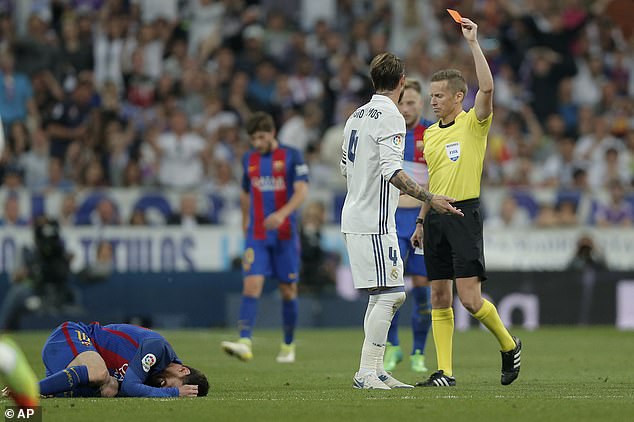 ‘I already knew him,’ added Messi. ‘It is true that we had not spoken at length, but we had crossed paths in LaLiga for many years and we had spoken more than once.

‘I already had an idea of what he was like. I had former teammates who had been with him in the Spanish national team so I already knew him.

‘And now, having had more time together in Paris, I have seen that he is a great person.’

Ramos has been included in PSG’s travelling squad to face Manchester City in the Champions League on Wednesday, in what would be his first game in the French giants’ colours. 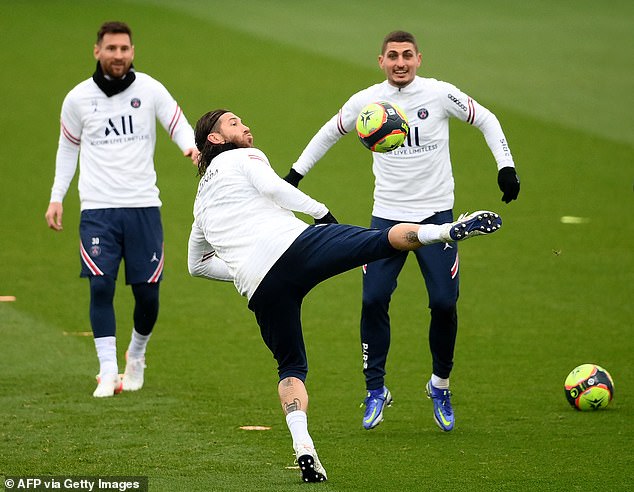 The centre-back has played little football in 2021 having been plagued by injuries, which has resulted in him making just five appearances for Real Madrid and Spain during the calendar year so far.

Ramos had been in contention to play in the 3-1 victory over Nantes on Saturday but wasn’t risked by Mauricio Pochettino.

If he does feature against City, it will be his first time on the pitch since Real Madrid risked him in their semi-final second leg defeat on May 5 against eventual Champions League winners Chelsea.