Liverpool and Lyon failed to take advantage of their home legs in the last 16 of the Champions League as their games ended in goalless stalemates on Tuesday evening.

Here, Sportsmail takes a look at all the things you may have missed from Tuesday night’s action in the Champions League.

As the Barcelona and Lyon players made their way to the dressing rooms to get ready for kick off, they were greeted by two TV screens in the hallway.

Being broadcast live to the stadium were videos of sick children in hospital waiting for the heroes to walk by.

One by one, the likes of Lionel Messi, Luis Suarez and more all stopped to wave at the youngsters to make the day.

Great idea and heartwarming stuff on a cold night in France. 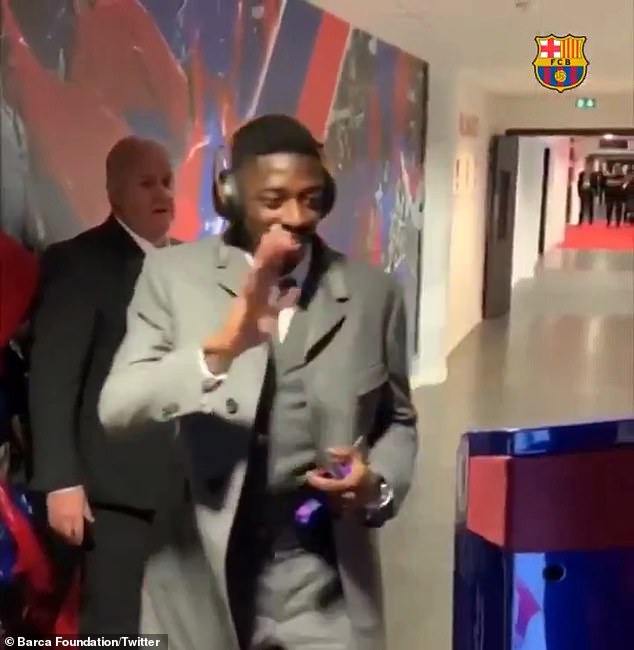 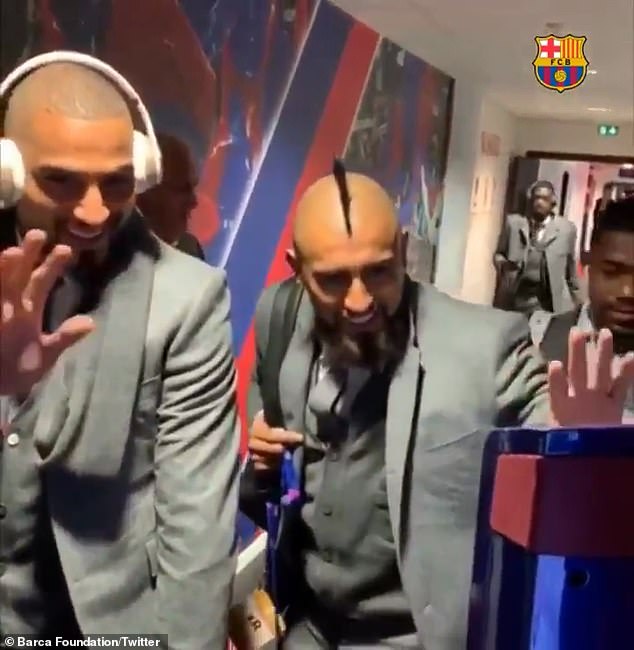 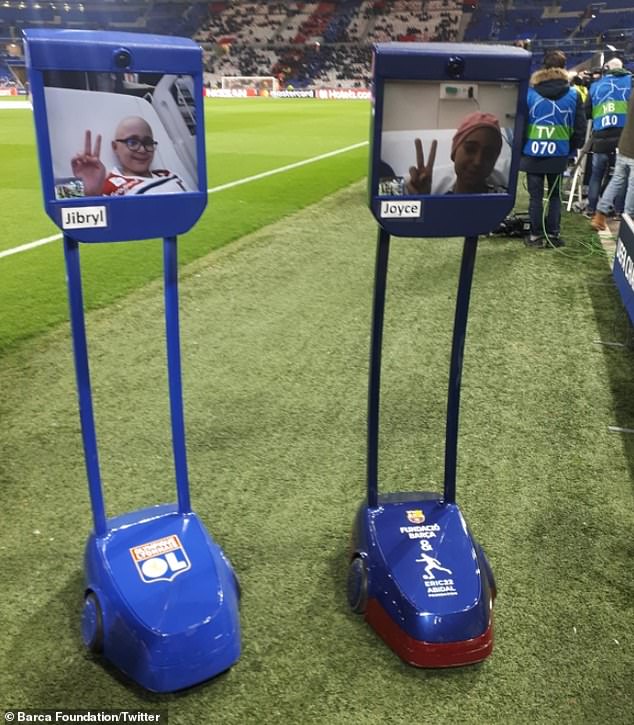 While Anfield is famous for it’s atmosphere on European nights, Bayern Munich fans made sure it wasn’t just the Liverpool fans who would be heard on Tuesday.

The German champions sold 2,000 tickets for the game against Liverpool but it is reported that over 3,000 made their way over for the last 16 clash.

Just hours before kick off, those thousands of Bayern fans marched towards the stadium in full voice as police escorted them through a park in Merseyside.

Bayern fans protested the price of tickets in the Champions League on Tuesday by unfurling three banners in the away section.

While a debate about the £30 price-cap on away tickets in the Premier League has been discussed recently, it seems the German supporters have had enough of the rising prices for European trips.

The Liverpool fans applauded loudly after the banners were revealed to the rest of the stadium. Jurgen Klopp deployed Fabinho in a centre back role alongside Joel Matip against Bayern as Liverpool struggle for numbers at the back.

Virgil van Dijk, Joe Gomez and Dejan Lovren all missed the game through suspension or injury but the hosts still managed to keep a clean sheet at Anfield.

However, while Lovren wasn’t on the pitch, cameras did pick up the Croatian defender watching from a box at the stadium.

Looking like Little Red Riding Hood, Lovren draped himself in a huge blanket as he tried to keep himself warm up in the stands.

Not the greatest look but he did look comfy. 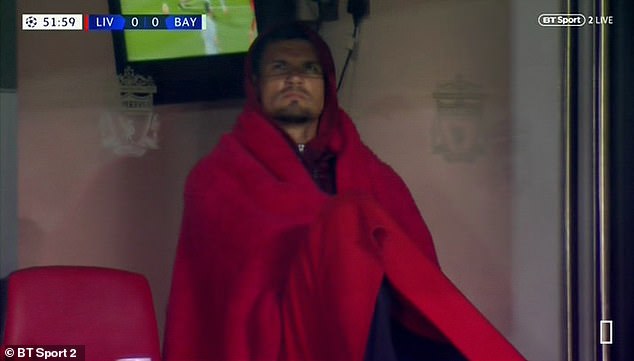 Serge Gnabry’s career at Arsenal struggled to take off as he only made 18 senior appearances at the Emirates before being sent out on loan to West Brom for a year.

The winger then made his move back to his homeland of Germany to try his luck in the Bundesliga.

While he enjoyed spells at Werder Bremen and Hoffenheim, Gnabry is starting to find his feet at Bayern where he started against Liverpool on Tuesday.

The German attacker looked promising against the Reds which sent some Arsenal fans into meltdown on social media.

One said the 23-year-old what ‘exactly the kind of winger’ the Gunners needed while one simply tweeted: ‘What a player.’

Despite having some of the world’s best attackers on the pitch, Barcelona failed to break the deadlock against Lyon.

While Luis Suarez has had his moments this season, the striker has struggled to score an away goal in Europe for a long time. A very long time.

As of the 22nd minute of Barca’s last 16 clash against Lyon, Suarez went a full day of game time (1440 minutes) without scoring an away goal in the Champions League, with the last time he netted away from home was when Barcelona faced Roma in September 2015.

24h – As of the 22nd minute of tonight’s game against Lyon, Luis Suarez has gone a full day of game time (1440 minutes) without scoring away from home in the Champions League, last netting against Roma in September 2015. Strange. pic.twitter.com/7mzz0w03AO