But not one of those players has yet set foot on a pitch this summer in the United States. Neymar definitely won’t, after Brazil were forced to make a deal with his club so he could feature at the Olympics. Suarez may not, still suffering from a hamstring problem he picked up at the end of the club season.

On Friday night, though, Messi will. He has shaken off a back injury and will feature as Argentina take on Panama in Chicago, even if he comes on from the bench. 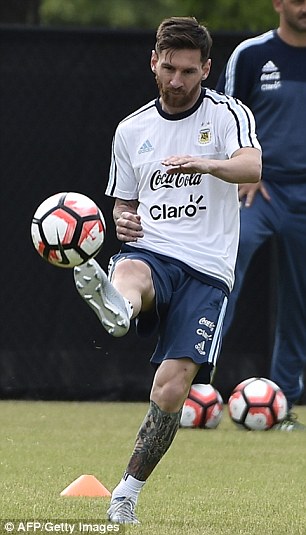 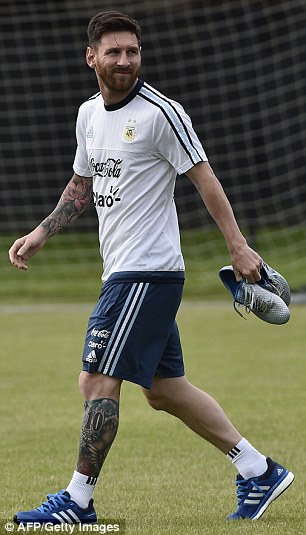 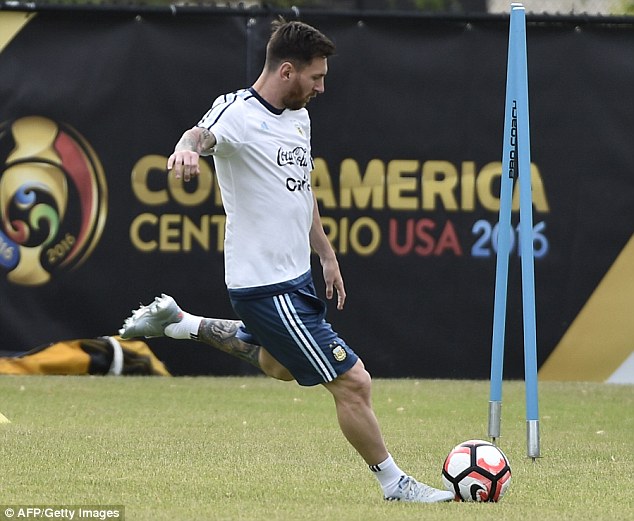 Against a physical side coach Tata Martino doesn’t want to take too many risks, and it would be a just reward for Nicolas Gaitan, Messi’s replacement, to start this one after impressing against Chile.

Fans screamed the No 10’s name in Pasadena during that 2-1 win, but to no avail. Plenty of tickets were sold on the basis of seeing the world’s best player, but circumstances dictated that was not possible. It will be a different story in the Windy City.

The front cover of Thursday’s Chicago Sun Times ran ‘Like Mike’, likening the cleft of Messi to Michael Jordan’s influence, a significant but not exaggerated comparison.

‘[Messi] has been training without any issues, no need of anything special, so he’ll play tomorrow,’ said Argentina coach Tata Martino on the eve of the game.

‘He started training with the team since yesterday. He managed to do it without any pain, any problems, so there’s not a reason for him not to play.’ 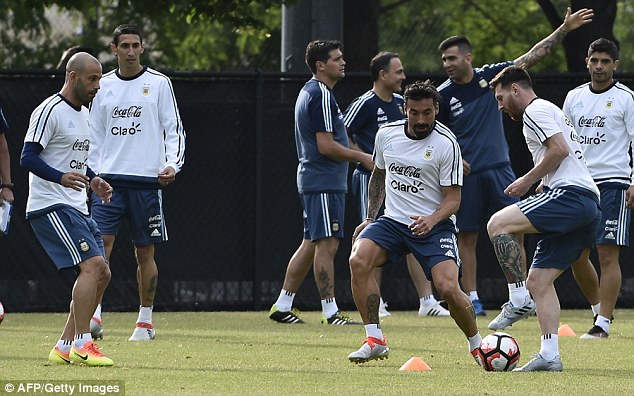 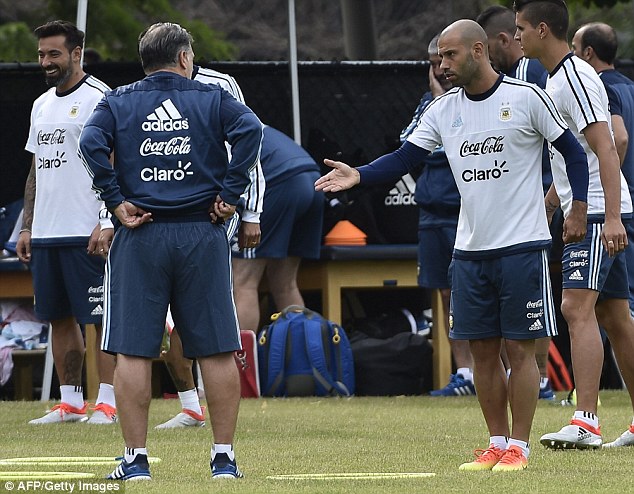 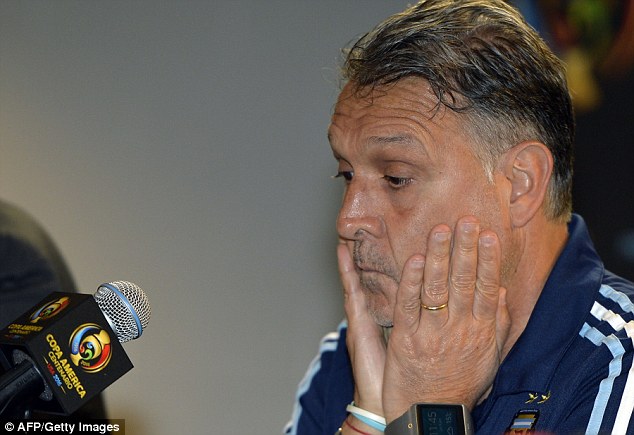 If Argentina beat Panama, as they are expected to, they will seal their place in the next round of the tournament. Their opponents won a delightfully entertaining if strange game against Bolivia, but the fun is likely to end here for Los Canaleros.

Things are more complex in the other Group D game, between Chile and Bolivia. Both teams come into it having lost, although given the trouble the latter had preparing for the tournament, last year’s reigning champions are expected to waltz to victory in Boston.

La Roja thrashed the same opponents 5-0 in the 2015 tournament celebrated in their own country and a similar result will restore their momentum in this year’s centenary edition.

For the most part against Argentina they played reasonably well, but were undone by two moments of magic from Angel di Maria. 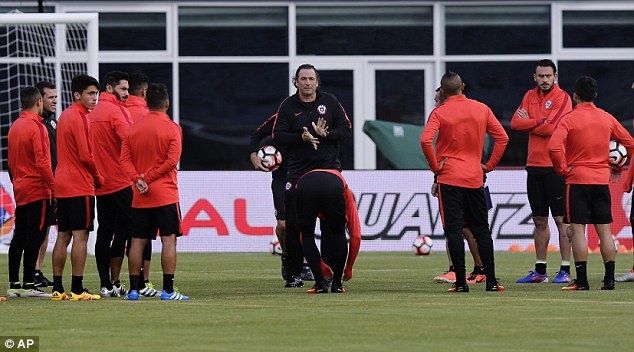 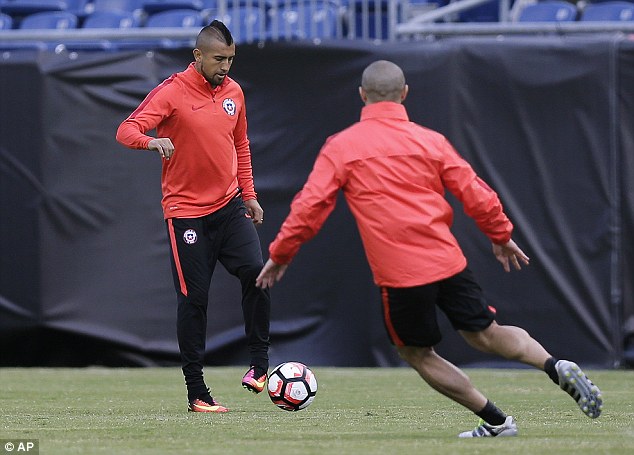 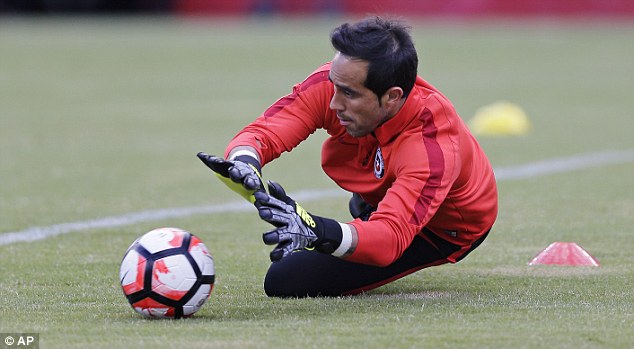 Coach Juan Antonio Pizzi said: ‘In the game against Argentina I think we made big mistakes. But we will continue with the same hope, looking at the future. The national team is still ambitious. It hurts us to lose.’

Pizzi also wasn’t listening to claims Bolivia were weak opponents. ‘Our philosophy is to respect whichever team we are pitted against. Bolivia will be no exception.’

Against Argentina Alexis Sanchez found it hard to get into the game, beyond one effort which Sergio Romero dealt with well.

The Arsenal man was one of the stars of the tournament last year and will need to have much more of an impact if his team are to enjoy anywhere near as strong a run.

‘We will try to get the best out of Alexis,’ added Pizzi. ‘He can play anywhere on the pitch and he would do it well.’