Lionel Messi praised Argentina’s work ethic after scoring the winner in a 1-0 win over Brazil on his return to international football.

The 32-year-old was banned for three months by CONMEBOL after criticising the South American governing body during this summer’s Copa America.

Messi vented his fury at officials after Argentina’s semi-final loss to Brazil and a third-place play-off win over Chile in which he was sent off following an altercation with Gary Medel. 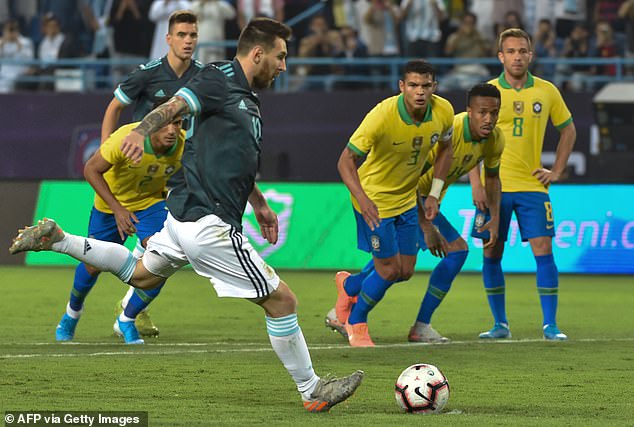 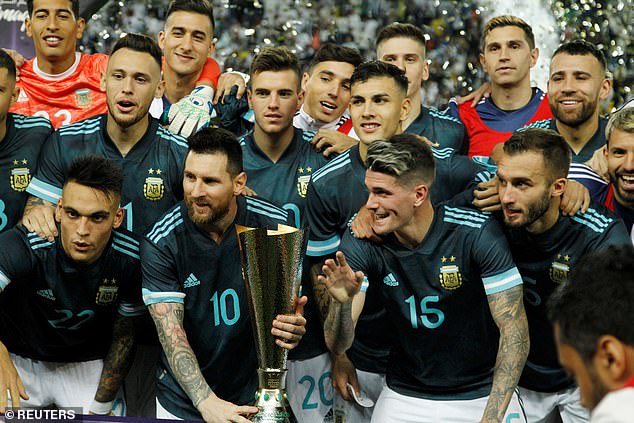 However, the Barcelona forward made a triumphant return as he scored the only goal of the game in an international friendly in Saudi Arabia.

‘At the beginning we tried to play, we made a few mistakes and they created some chances,’ Messi told the Argentinean FA’s official website.

‘In the second half we improved a lot.

‘I think this system defensively gives us a lot. It’s good that we can play in several ways.

‘When you win, you work with peace of mind, it is very positive for what is coming.