A kick-around on the beach… with the world’s best footballer! British boy, 11, plays with Barcelona superstar Lionel Messi on the sand in the Caribbean

A youngster pictured enjoying a kick-about on a Caribbean beach with Lionel Messi and his children has been identified as an 11-year-old from north London.

Footage was published late last week showing the Barcelona star playing football with his son Thiago, six, and three other children including a blonde schoolboy on a beach in Antigua.

On Monday the boy was named as Mackenzie O’Neill. 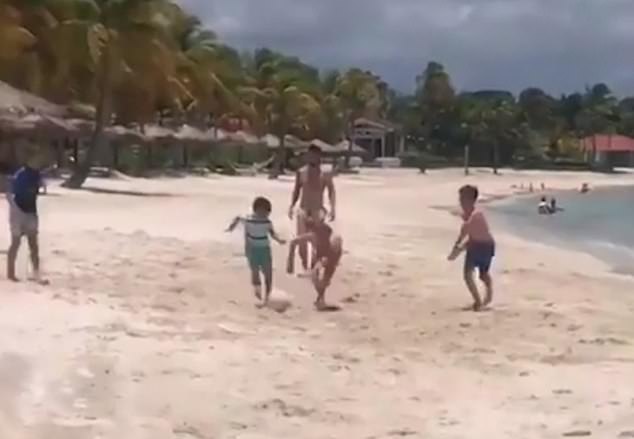 The youngster told Argentinian sports daily Ole: ‘Messi was with his family on the beach. I was on my own and began to kick my ball a few feet from where they were.

‘His dad Jorge threw a ball to me and asked if I wanted to play with them and then we played football with Thiago and Messi for 45 minutes.

‘Thiago is a fantastic player for his age and wasn’t shy about playing. Playing with Messi was incredible. 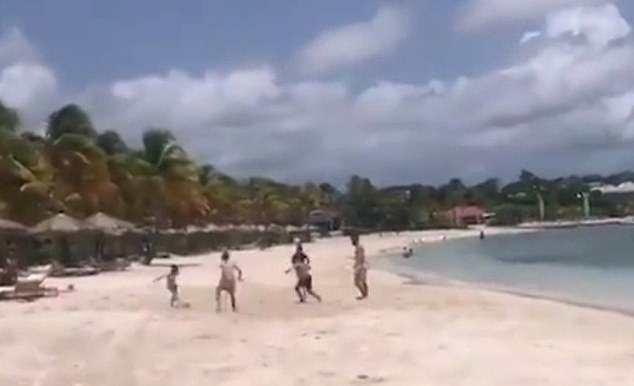 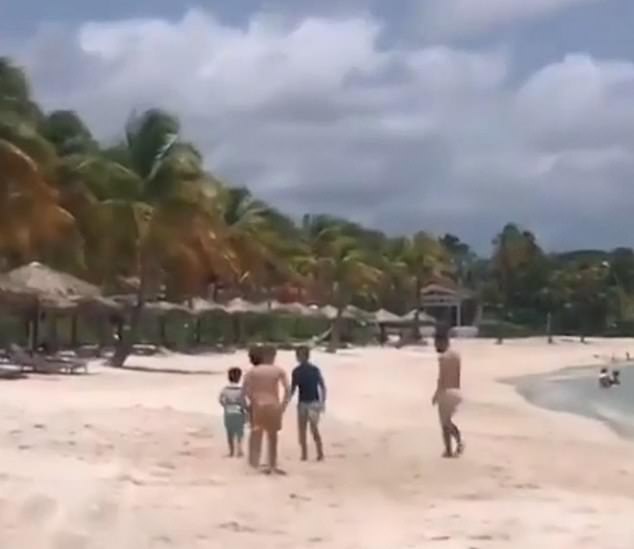 O’Neill said he was invite over to play with them by the Barcelona star’s dad, Jorge 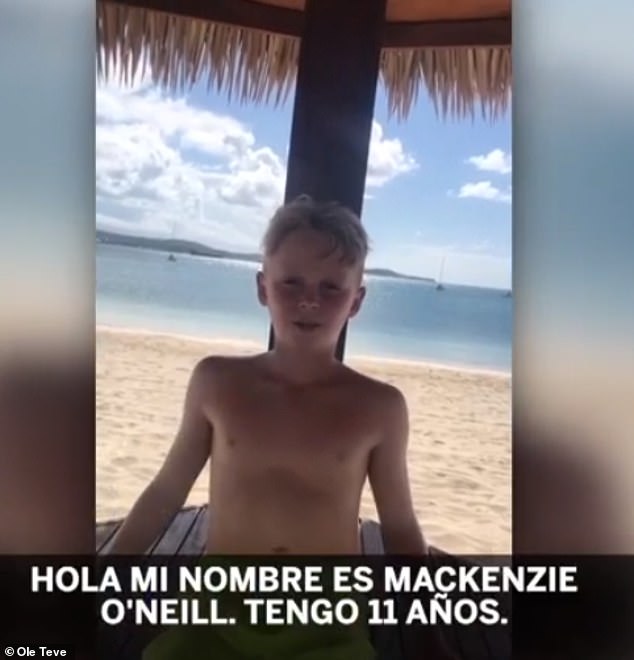 ‘Messi’s wife translated because she speaks English very well. Later on I ended up swimming with Messi and we went out on a little boat and spent a lot of time in the water. He lifted me up on his shoulders and Thiago followed me wherever I went.’

Asked by the paper, which said it had interviewed Mackenzie with his mum Anna’s permission, if Messi had given him any advice about football, he replied: ‘No, because he doesn’t speak English, but seeing how skilful he was was enough advice for me.

‘Playing with Leo in the water was great fun. He acted like a normal dad. I also realised that Messi really enjoyed seeing his son play with other children.

‘I think if Thiago was still at the resort, we would have played together every day. If I see him next year, I’ll play with him again. I holiday at the same beach every year with my family.’ 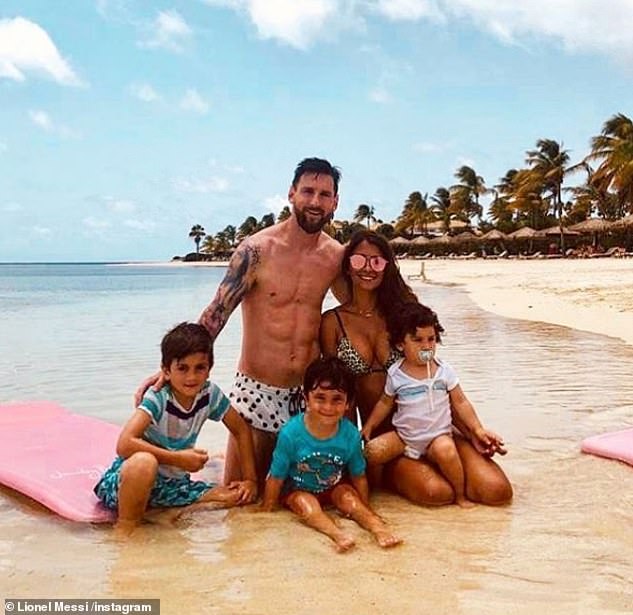 Messi is currently enjoying a break with his wife Antonella Roccuzzo and their children Thiago (L), Mateo (M), Ciro (R) in the £5,000-a-night luxurious villa at Jumby Bay in Antigua 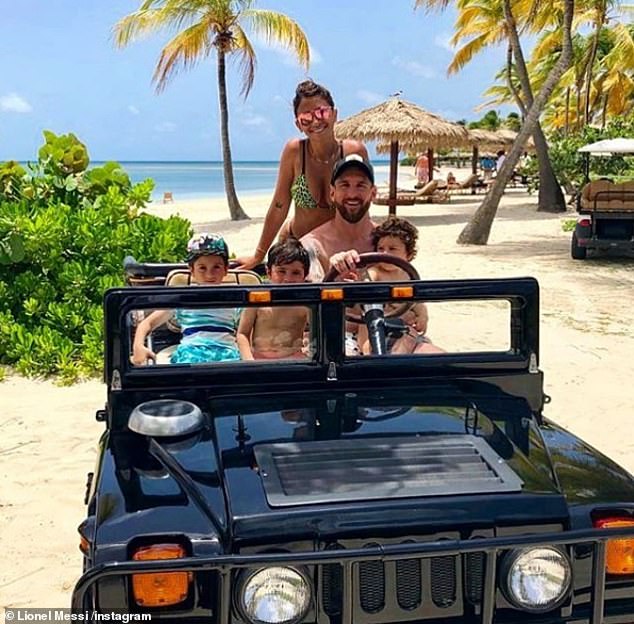 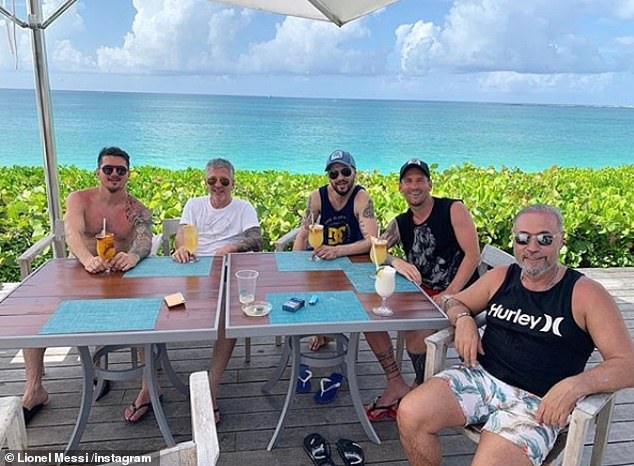 He added: ‘The last night Messi and his family were here I was playing with Thiago and gave him my football to keep.

‘But he ran after me along the beach and insisted I keep it. Afterwards Messi and his wife said goodbye to me with huge smiles. I am not going to forget them.’

Messi stayed with his family in a luxurious villa at Jumby Bay in Antigua which reportedly cost a staggering £5,000 per night.

He used the break to get over his disappointment at Argentina’s failure to win the Copa America.