Lionel Messi is a really good person but he has no personality… he lacks the character to be a leader, claims Diego Maradona

Lionel Messi is a really good person but he has no personality… he lacks the character to be a leader, claims Diego Maradona

By John Downes For Mailonline

Diego Maradona has claimed that Lionel Messi lacks the character to be a leader in the Argentina dressing room, ahead of the country’s second match of the Copa America Centenario.

Legendary attacker Maradona made his comments while discussing the 28-year-old Barcelona maestro during a publicity event with Brazilian icon Pele, in Paris, on Thursday.

Maradona’s flamboyant personality shone through during his 91 international appearances between 1977 and 1994, and brief managerial tenure between 2008 and 2010, and he is well-liked in the country – something that cannot necessarily be said of Messi. 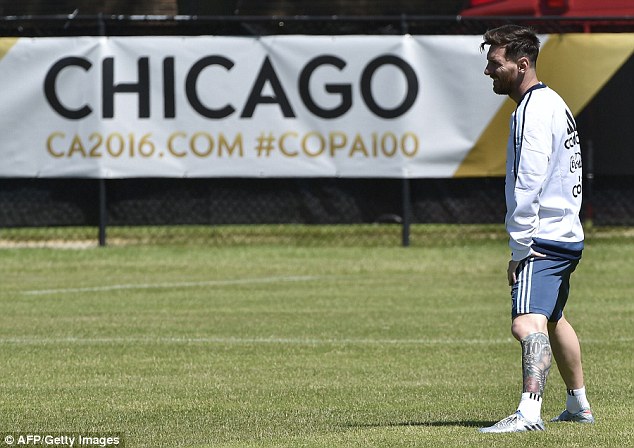 ‘He’s a really good person, but he has no personality,’ he said. ‘He lacks [the] character to be a leader.’

Pele then responded: ‘Ah, I get it, he’s not like we were back in the days. In the ’70s we [Brazil] had really good players like Rivellino, Gerson, Tostao.

‘Not like Argentina now, which depends only on Messi. He [Maradona] is saying that Messi is a good player, there’s no doubt about it, but he has no personality.’

Messi has been the victim of his own success as his commitment for the Albiceleste has at times been questioned, in spite of the fact that the forward has scored 50 goals in 107 appearances.

He has twice lost in the final of the Copa America – most recently to holders Chile last summer – and once in the decider of the 2014 World Cup, with a 2008 Olympic gold medal his only international honour.

The Atomic Flea was absent for Argentina’s opening game of this year’s special Copa America tournament in the United States – a 2-1 victory over holders Chile at the Levi’s Stadium in Santa Clara – due to a back injury.

Argentina next face Panama at the Soldier Field, Chicago on June 10. 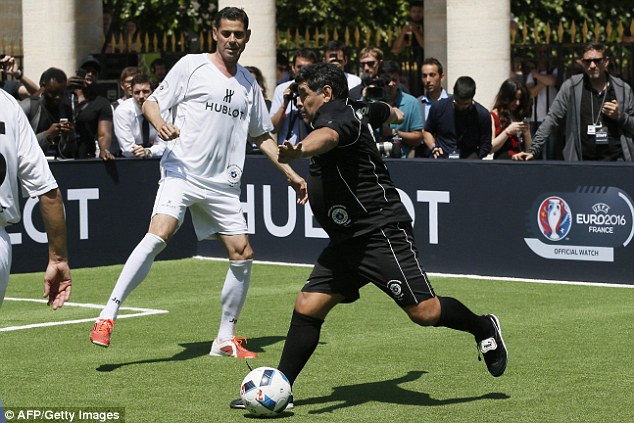 Maradona, who won the 1986 World Cup with Argentina, rolled back the years as he came on for a cameo