Even the riot police clad in RoboCop body armour were on their tiptoes, batons lowered and mobile phones raised, trying to capture Lionel Messi as he emerged into the glare of the Paris sunshine and a watching world.

This is the good stuff, the bits that separate football from finance. Such as the boy balanced between the bars of a signpost like an Olympic gymnast, his dexterity affording him the perfect vantage point. Or the less graceful grown-up hoisting himself up a lamppost like the closing-time jester. He, too, got his reward.

That was a view of Messi, stepping on to the stage outside Parc des Princes just moments after his official unveiling as a Paris Saint-Germain player, which had ended in a raucous — not to mention bizarre — chanting of his name by an enthusiastic associate of the club. 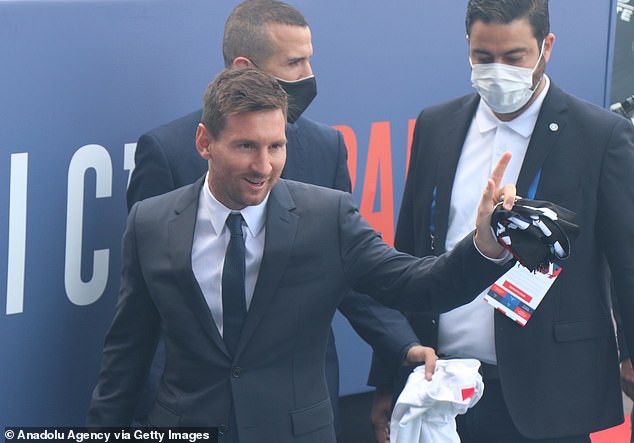 But on the streets outside, the hush before the gush of hysteria as the Argentine superstar came into sight provided the most electrifying sense of anticipation.

Fireworks and flares eventually reduced visibility and, like the magician he is, Messi was soon gone as if in a puff of smoke.

That was when joy made way for division, scuffles breaking out for reasons unknown involving what looked like ultras or, to be more apt, idiots. A gang of them turned on the police who used pepper spray in retaliation. From Messi to messy.

In the space of just a few minutes on the narrow Rue du Commandant Guilbaud running parallel to PSG’s home ground, a handful of the worshippers had regressed into warriors hellbent on trouble.

But that sudden contrast does, in some way, reflect the conflict in emotion of Messi’s transfer from Barcelona to this Qatari-funded state project, whose distortion of football’s finances made them the only viable suitor for a player who will earn a salary of around £34million.

As we had waited earlier for Messi to appear in the stadium’s media auditorium just before 11am, a seasoned journalist of these parts remarked: ‘There isn’t much romance, is there?’ And there isn’t. Diego Maradona to Napoli, this is not. 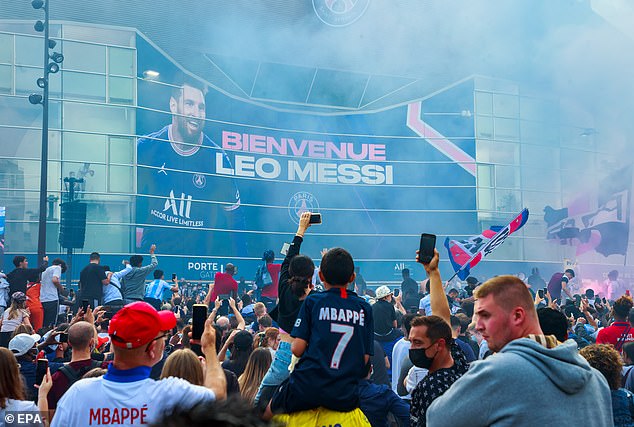 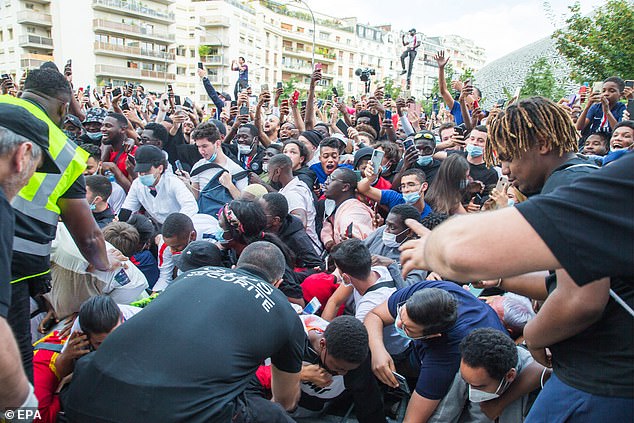 The Messi-branded coffee mugs on the top table were an immediate reminder of the want to feed from the cash cow that is PSG’s new prize product.

But then the man himself walks in, his three young sons, wife and father in his shadow, and you remember that, for all of the misgivings, this is a genius we should enjoy for every last minute of his playing career, be that Paris, Preston or Pluto.

The counter argument to the scepticism, presented here by PSG president Nasser Al-Khelaifi, is that we should focus on the positives of the club’s spending rather than the negatives.

Some may consider him to be right — if PSG can afford Messi, good luck to them.

But Messi, of course, would rather still be in Barcelona. He did not try to mask that during his 35-minute press conference, even if he was sitting alongside paymaster Al-Khelaifi.

Each of his early answers touched the extremes of both happiness and sadness, as if heart and head were caught in a civil war.

‘My exit from Barcelona… it has been a very hard moment,’ he said. ‘Everything that has happened to me this past week has been strange, hard and emotional. I cannot forget what I lived and experienced in Barcelona. This week has been ups and downs. 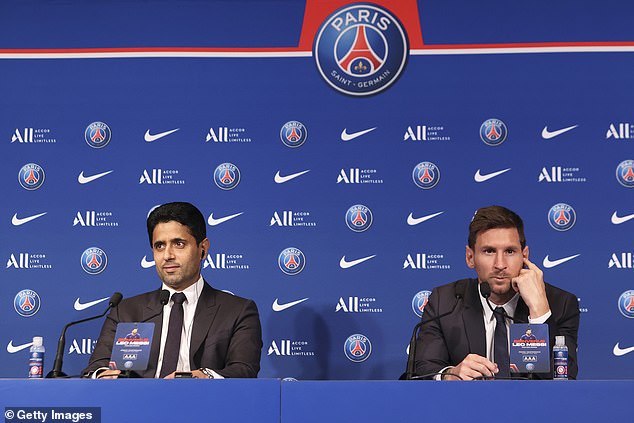 ‘But the moment I arrived here I felt happy. My only will now is to begin training and to begin this new moment in my life.’

And you do believe Messi, even at 34, when he says his enthusiasm is as fervent as when he was a child.

To be only a few yards from him — as close as most defenders get — and to listen to him speak for half an hour or so is to recognise a genuine human being. It remains about more than money for him. It just so happens that PSG guarantee silver as well as the likelihood of silverware.

It was telling when he said: ‘My goal and my dream is to win the Champions League again. I think Paris is the best place to achieve that. I’m going to be playing with the best players, it’s very nice.’

Not as nice as it will be for his team-mates, who have been gifted the greatest player of their generation.

It took Gustave Eiffel two years to build his tower in this city. Messi’s contract would suggest he has the same amount of time to scale a similar height and return PSG’s first Champions League trophy.

Fail to do that as part of a front three — alongside Neymar and Kylian Mbappe — and the verdict will indeed be one of failure. To outsiders, PSG will never be valiant in defeat, especially not now. 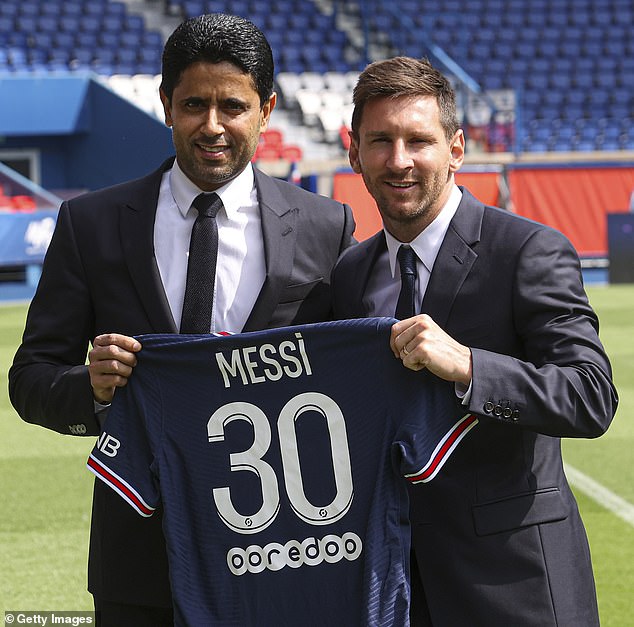 In that respect, there is a degree of fascination, if not romanticism, in the story that is about to unfold.

We will, however, have to wait for the first instalment. Messi is not match fit and three times he used the word ‘impatient’ when discussing his readiness for action.

It was, in the end, the growing impatience of his children in the front row that perhaps prompted the club’s communications chief to call time on their father’s media duties.

And while he would never betray such an emotion in front of a press pack to whom he is nothing but generous and respectful, you got the impression it was a relief for Messi.

The six-time Ballon d’Or winner has always preferred to do his talking with his feet. And while there is a lot of noise around this move to Paris, perhaps we should just embrace the sweet sound of Messi on a football pitch while we still can.