Lionel Messi mobbed by fans outside restaurant in Miami, Florida as Argentina hero takes time off

Lionel Messi mobbed by fans outside restaurant in Miami, Florida as Argentina hero takes time off after winning Copa America with Barca star yet to put pen to paper on new deal

Lionel Messi was mobbed by hundreds of fans outside an Italian restaurant in Florida as the Argentine takes some well-needed rest before heading back to Barcelona.

The 34-year-old has endured a summer like no other after he was effectively released by Barcelona at the start of July, before lifting his first international trophy title with Argentina in the Copa America final ten days later.

While in Miami on holiday, Messi decided to visit a restaurant called Cafe Ragazzi on Thursday evening and word got out that the Argentine was there. 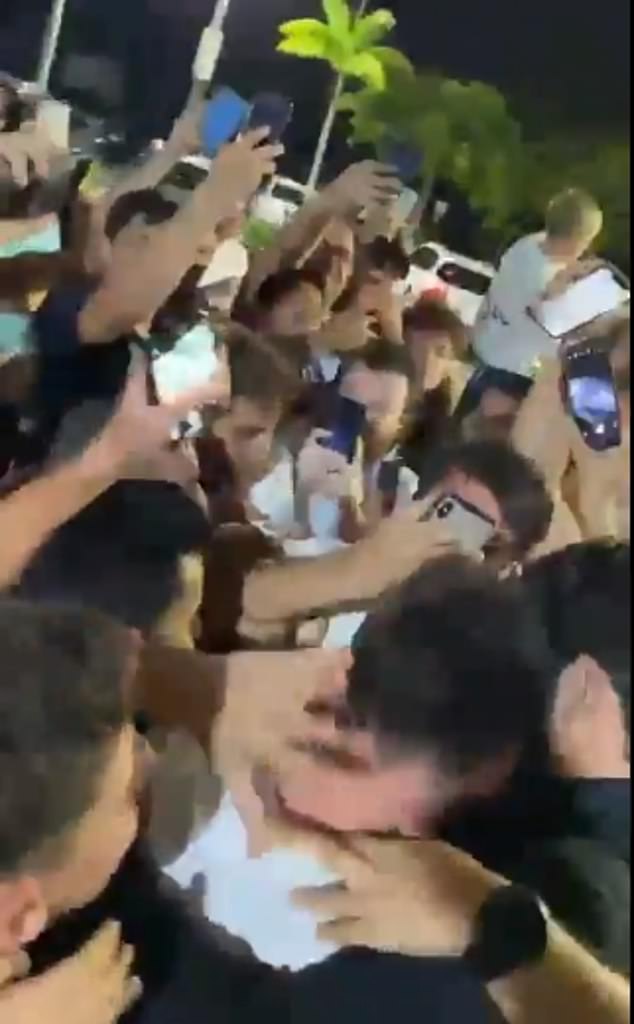 When it was time to leave, he was greeted by hundreds of fans desperate to greet him and Messi struggled to get through the crowds, even with the help of a bodyguard.

The restaurant is owned by Argentinian-Venezuelan singer Ricardo Montaner, who tweeted his delight to see the Barcelona legend dining at his restaurant.

Montaner tweeted: ‘Last night the #1 on the planet came home for dinner’ 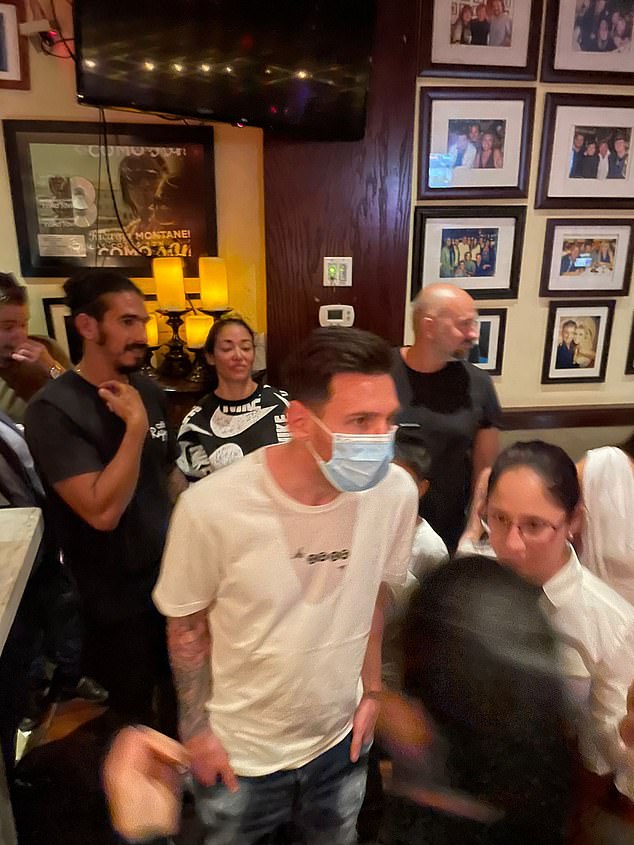 ‘Thank you dear Leo for letting us honour you and also thank you for the joys that you give us all the time.’

Montaner would have been one of several Argentina fans who would have been delighted to see Messi finally win international honours after 16 years of senior football for his country. 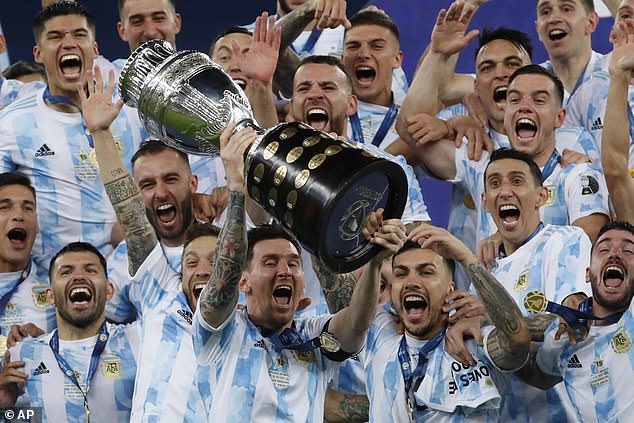 The fans outside the Cafe Ragazzi were singing ‘Let’s go champion’. Miami has an Argentinian population of around 4,000 people.

Messi is taking some time off with his family, including his wife Antonela Roccuzzo and three sons Thiago, Mateo and Ciro, in the United States and he is expected to return to Barcelona later this month to sign a new five-year contract.

As Sportsmail revealed on Wednesday, the contract will see Messi take a 50 per cent pay cut to remain with the club he has been with since 2000 – amassing 778 games and scoring 672 goals.

He will now stay at the Camp Nou until he is 39 and will help the club with their cost cutting following warnings from LaLiga president Javier Tebas who says their spending must continue to be reduced drastically before Messi can be registered. 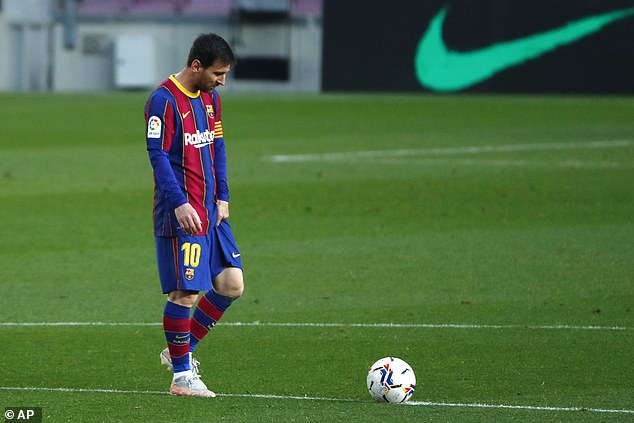 Though Messi has enjoyed a healthy relationship with Miami and, according to Cadena SER, the Argentine bought a £7.25million luxury apartment in Florida earlier this year – one that contains a 1,000-bottle wine cellar, a private chef and six swimming pools.

Messi has been linked with a move to David Beckham’s MLS franchise Inter Miami in the past and the Argentine has refused to rule out a career move to the United States.

He told La Sexta last year: ‘I would like to play in the United States someday, it’s always been one of my dreams. But I don’t know if it will happen!’