Lionel Messi returns to Barcelona ‘to agree £250,000-a-week five-year deal’ with the Argentine star set to FINALLY sign 50% pay-cut contract ‘in the next week’ amid club’s financial woes

Lionel Messi has reportedly returned to Barcelona to finally put pen to paper on a new contract at the club.

The Argentine’s deal expired at the end of June and he has been on holiday since guiding his country to Copa America glory.

The Barcelona hierarchy have been confident their star player would agree to new terms this summer and now he’s back in Spain to strike a new deal in the next week, according to SPORT. 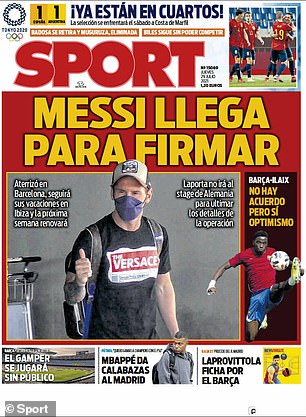 He’s back in Spain to strike a new deal in the next week, according to SPORT

Messi was on a £500,000-a-week contract but has agreed to take a 50 per cent pay cut in order to stay at the Nou Camp for another five years.

Barcelona find themselves cash-strapped amid the coronavirus pandemic and need to balance their books.

The Catalan giants must slash their wage bill in order to comply with LaLiga’s strict salary cap.

Barca president Joan Laporta insisted that they were making headway regarding the talks during the club’s official unveiling of new signing Memphis Depay last week.

‘The player has always said he wants to stay on and we are making good progress with the negotiations,’ he told the club’s official website.

‘(Rafael) Yuste and (Mateu) Alemany are working very hard. What we all want is for Messi to stay at Barca. To stay for a lot of years and play alongside such talented footballers as Depay.

‘We are very satisfied with the attitude being shown by both parties, which an operation like this needs. Leo is on holiday right now, but he has a whole team working to get him a contract that suits everyone.’

Along with Depay, Barcelona have also signed Sergio Aguero, Eric Garcia and Emerson Royal so far during the summer transfer window. 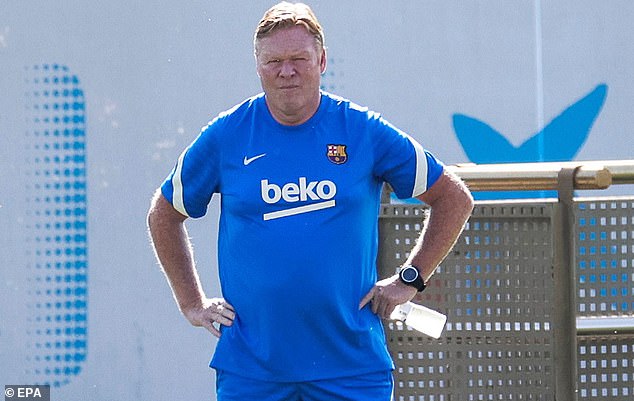