Lionel Messi became Argentina’s top scorer of all-time after netting a spectacular free-kick against the USA, sending his team into the Copa America Centenario final.

From over 25 yards out he arrowed a dead ball into the top right corner of Brad Guzan’s net, his 55th international goal, surpassing Gabriel Batistuta, who had 54.

‘I am happy,’ he said, when asked about the record after the match. ‘I have to thank the team-mates with whom I’ve played. The record is thanks to them.’ 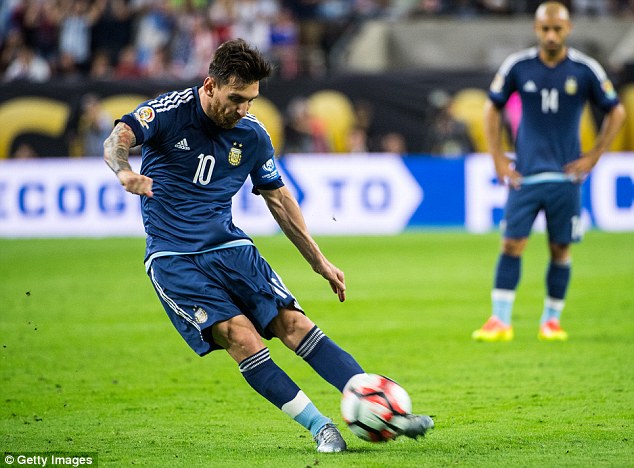 Messi is delighted Argentina are back in another final, their third in three years, following World Cup 2014 and Copa America 2015.

‘I’m happy for what we’ve achieved,’ explained the No 10. ‘From the first day we did things in a spectacular way, and we deserve to be here, for how we’ve been working. I hope that [the final] goes well.

‘Whoever the opponent is, the truth is that it will be a difficult, equal and complicated game. The good thing is that we have an opportunity to win a title for Argentina.’

Ezequiel Lavezzi fractured his elbow during the clash by tumbling over an advertising hoarding and will miss the final in New Jersey, on Sunday June 26. 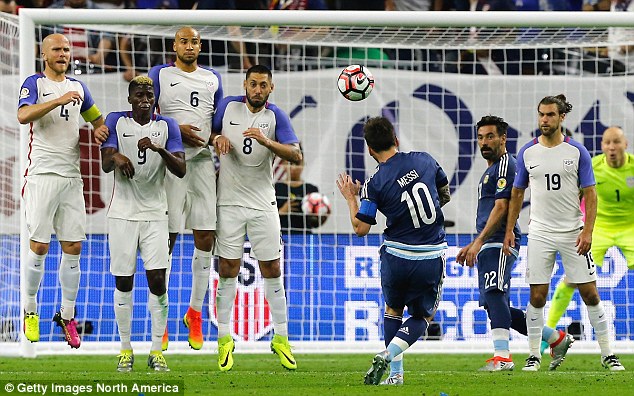 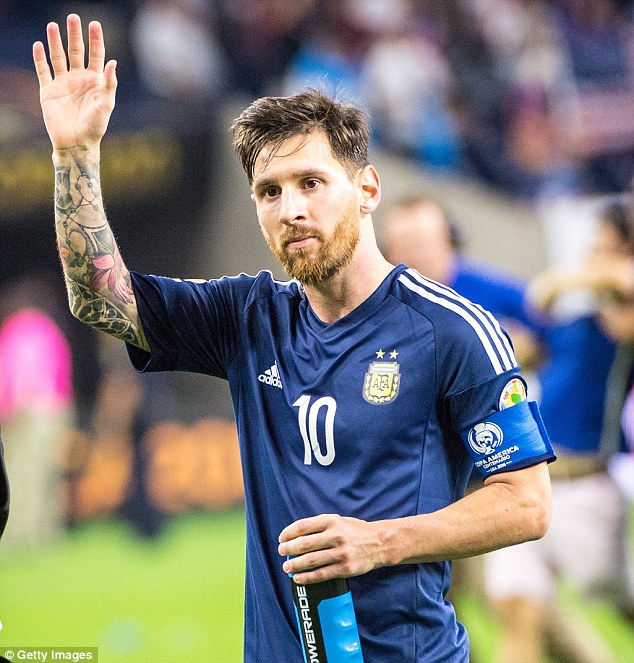 ‘It’s a shame, he was upset at the end of the game, because he was very good and had a great hope, like everyone, to be in the final and fight for the title,’ explained Messi.

‘But he knows he has the support of everyone in the team and can rest assured we will fight as much as we can.’

The Argentina star has enjoyed great public support during the tournament, and one fan rushed onto the pitch before the second half and bowed at his feet.

Messi signed his shirt with a marker pen before the supporter ran off and was caught by security.

‘I am grateful for the treatment and love that I’ve received during the whole tournament from the people here, it will be something that I won’t forget,’ added Messi.

‘Everything I’ve been through until now has been a great experience and we hope that we can win the title here in the United States.’ 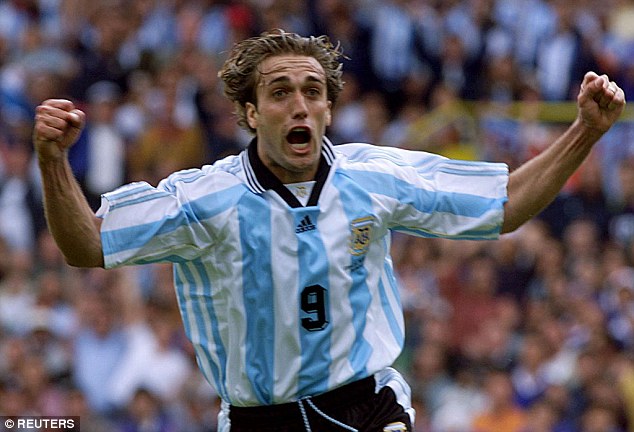