By Jay Cohen For Associated Press

Lionel Messi is ready to play again. At a key moment, too.

Messi is set to return from a back injury when Argentina takes on Panama in Copa America on Friday night at Soldier Field in Chicago.

‘He has been training without any issues, no need of doing anything special and so he is playing tomorrow,’ manager Gerardo Martino said Thursday.

‘He started training with the team since yesterday. He managed to do it without any pain, any problems, so there’s not a reason for him not to play.’

Messi departed in the second half of a 1-0 victory against Honduras on May 27 with a back and rib injury. The five-time FIFA Player of the Year watched as top-ranked Argentina beat Chile 2-1 on Monday night.

Messi has stayed mostly quiet about his status. He said Tuesday on his Facebook page that he hoped to be back to help the team as soon as possible. 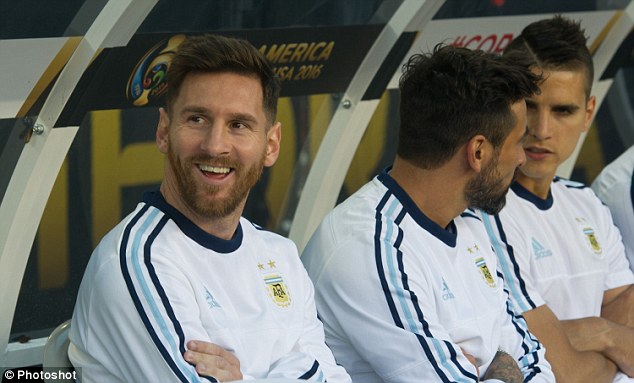 ‘He’s doing well. He’s very motivated. The conditions to which he is coming back to the team are ideal,’ Martino said through an interpreter.

A winner in Friday night’s match would be in firm control of Group D of South America’s championship. Blas Perez scored two goals, including the winner in the 87th minute, as Panama beat Bolivia 2-1 on Monday to become the first non-CONMEBOL team to win its Copa debut.

‘This would be a completely different match after Chile,’ Martino said. ‘Panama, playing deep in their half, could be dangerous on the counter-attacks and exploiting spaces.

‘They will consider that they don’t have anything to lose. They accomplished the goal of winning their first match. They know they have a nice opportunity ahead of them.’ 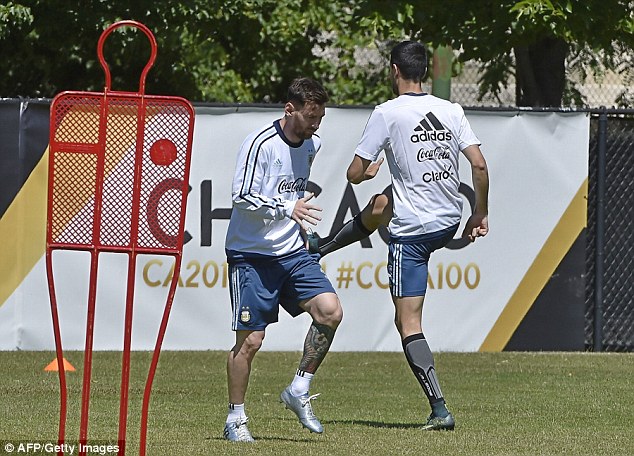 Messi has not won any major senior trophy since joining the national team in 2005. He cheered from the bench as Angel Di Maria scored and set up Ever Banega’s goal in the victory over Chile.

Di Maria decided to stay with the team after his grandmother passed away before the Copa opener.

‘Those are tough spots,’ Martino said. ‘And each one tries to do the best they can to handle them.’

Messi’s return comes one week after his tax fraud trial concluded in Spain. The Barcelona star, who turns 29 on June 24, testified last Thursday and joined the national team the next day.

Argentina lost 4-1 to Chile in a penalty shootout in the 2015 Copa America final. It has won the tournament 14 times since 1921.