Tata Martino claimed he doesn’t know if Lionel Messi will make Monday night’s Copa America Centenario game against Chile, but the Barcelona star is set to miss out.

Argentina’s No 10 has been battling a back injury to try and feature in the Santa Clara clash and was unable to join in with the team training session on the eve of the encounter.

Messi’s condition has improved but it would be a shock if he manages to start against Chile, in a repeat of last year’s final, and he trained by himself on Sunday night. 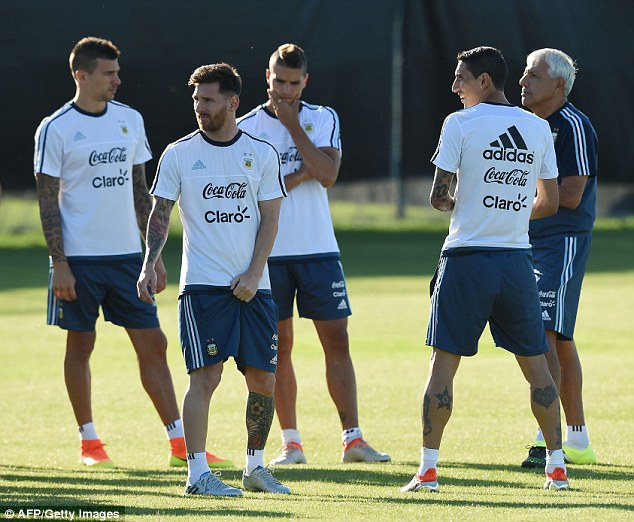 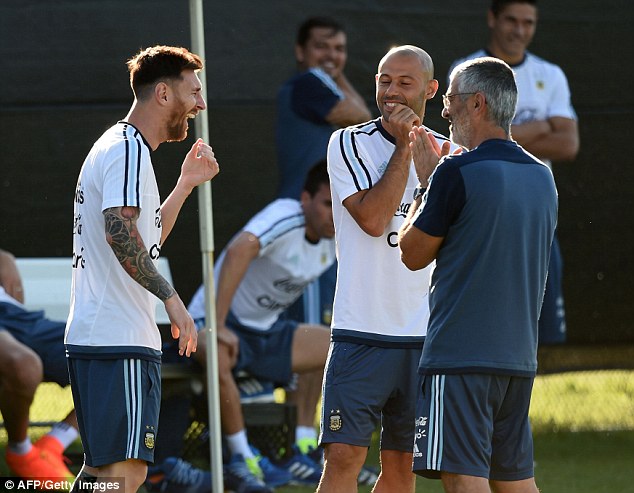 La Roja won that game on penalties in Santiago and will be formidable opponents for Argentina as they bid to end a 23-year major trophy drought – one which is used as a stick to beat Messi with when his ranking in the football pantheon is debated.

Martino spoke before Argentina’s session and said: ‘We will wait for training in the afternoon, then we can find out about his situation.

Three of us must speak, because it will be us three making the decision. ‘I’m going to have the last say in it but I can’t ignore the player, who is not just any kind of player, and his unique impact in this team, and of course the doctor about the risks we might be taking.’

He also spoke about Benfica’s Nicolas Gaitan, who is set to be Messi’s replacement at the Levi’s Stadium.

‘I don’t expect him to do things like Leo,’ added the coach.

‘I want him to be Nico, to be himself more than ever. He is fast, he passes the ball very well, he dribbles very well. He’s a complete player, an ideal replacement.’

Argentina reached the World Cup final in 2014 but lost to Germany in extra-time before suffering another disappointment in the final of the 2015 Copa America against Chile. 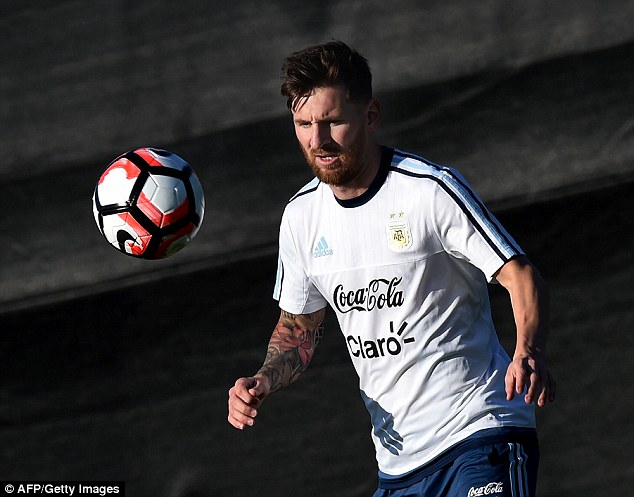 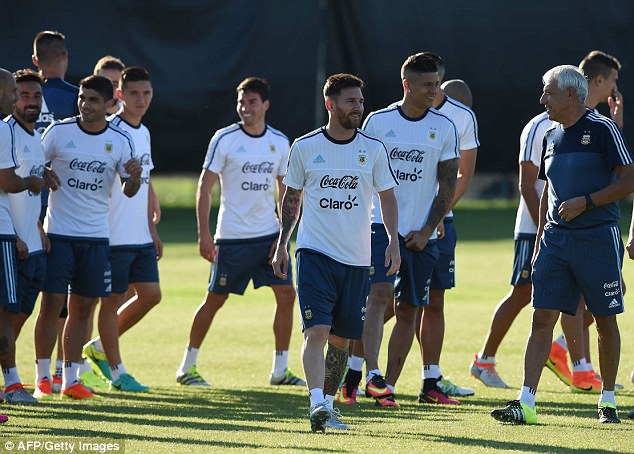 However, the coach does not view this as a chance to gain vengeance. ‘Even if we played Chile in the final, it wouldn’t be revenge,’ he stated. ‘It’s just a new opportunity.’

Meanwhile, Chile’s coach Juan Antonio Pizzi confirmed his team’s goal has to be to win the tournament for a second year running. Jorge Sampaoli was in charge but left acrimoniously in January and the former Valencia coach stepped in to take the reins.

He demanded his team are ‘intense’ and ‘aggressive’ in the clash with Argentina, as they were in the final a year ago.

‘In my mind, the thinking is to win Chile’s second Copa America,’ he said ahead of the clash.

‘Everyone recognises this national team’s evolution and identity, and now it’s my turn to take the work done over the last 10 or 13 years. I hope that I can keep improving it.’

Of the game being affected by Messi’s potential absence, he added: ‘Any team would be changed by Messi’s participation or not,’ he reasoned. 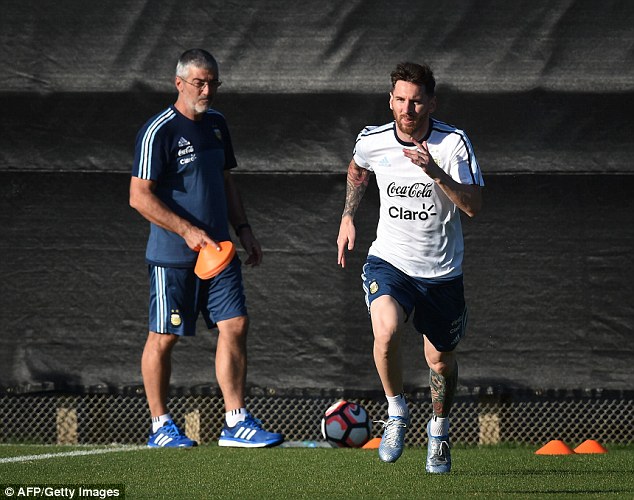 ‘In any case, it will be resolved tomorrow and there are different options if he’s there or not.’

One of those options for Argentina is Gonzalo Higuain, who is looking to follow up a spectacular season with Napoli by improving his fortunes with the Albiceleste.

Higuain was the scapegoat after missing good chances in the last two finals Argentina played and then blowing his penalty against Chile, sending it into orbit.

He’s been keeping Sergio Aguero out of the Argentina team and this is his time to deliver. If he can, it would go some way towards papering over Messi’s absence.