Lionel Messi will return from his back injury to play in Argentina’s second Copa America Centenario group game against Panama.

Coach Tata Martino said after his side’s 2-1 victory over Chile in their opening game, which Messi sat out: ‘We expect that in four days he will be in condition to play. We’re thinking that he will recover by then.’

The Barcelona No 10 was not missed in the first game on the pitch, with PSG winger Angel di Maria and Ever Banega scoring the goals. 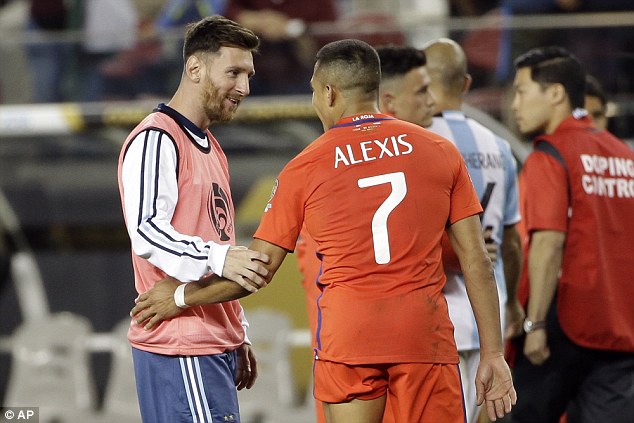 Messi was reunited with an old Barcelona team-mate on Monday, as Arsenal’s Alexis Sanchez played for Chile

However, it was a different story in the stands as fans at the the Levi’s Stadium in Santa Clara, California, chanted Messi’s name at various intervals.

The forward was on the bench for Argentina but having not warmed up before the game, it was unlikely he would be called upon. 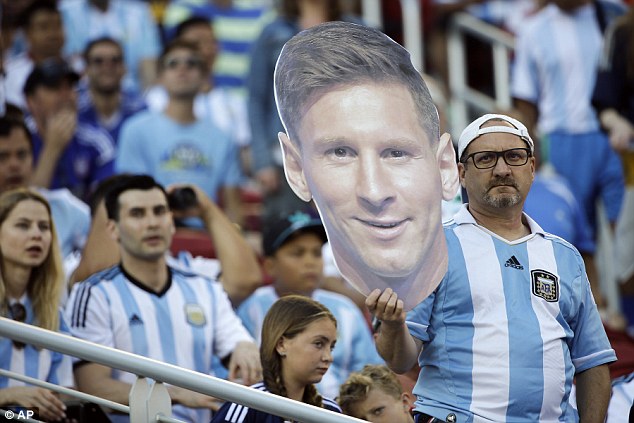 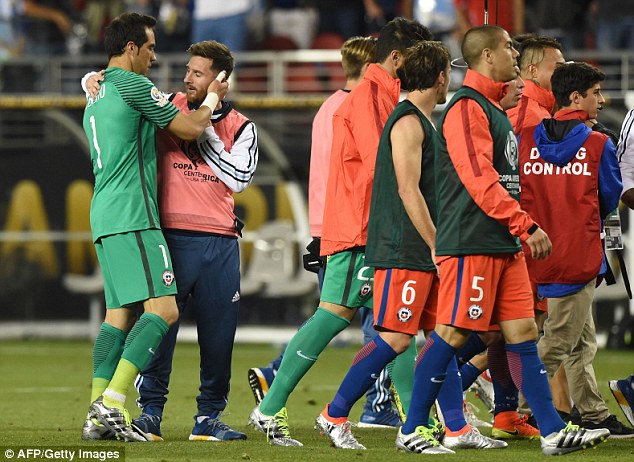 When his country went two goals ahead early in the second half, that slim chance became smaller still.

‘We’re always a better team when Messi is in the team.

‘Our chances of winning the Copa are always going to be higher when he’s playing.’

Martino was pleased with the result.

His side gained some kind of revenge for their defeat in the final of this competition by Chile last year. 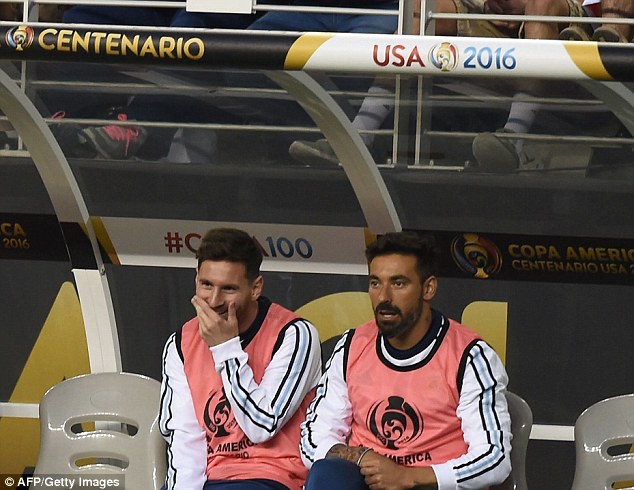 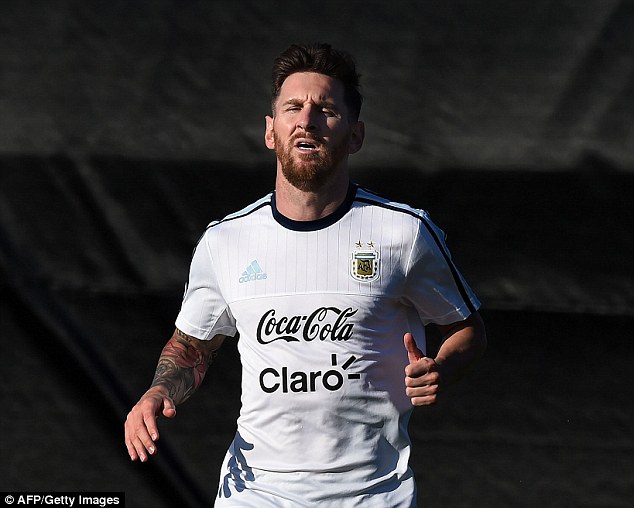 ‘I liked the 90 minutes we played. We deserved to win,’ Martino said.

‘We must continue to overcome any absences in our side. The team knew how to handle different aspects of the game and we were just winners.’