Lionel Messi will look to inspire Argentina as he starts against Holland in their World Cup quarter-final, but Angel Di Maria is only on the bench… while Cody Gakpo leads the attack for Louis van Gaal’s men

Lionel Messi will take centre stage as his Argentina side square off against Holland in tonight’s World Cup quarter-final clash in Qatar.

The 35-year-old starts alongside Julian Alvarez who has been picked ahead of Lautaro Martinez after scoring in the 2-1 last-16 win over Australia.

However, Angel Di Maria is not deemed fit enough to start after missing Argentina’s clash with Australia due to a quadriceps injury.

The South American outfit look to have switched to a back three, with Manchester United’s Lisandro Martinez joining Cristian Romero and Nicolas Otamendi in defence.

Rodrigo De Paul is fit to start the match despite picking up a muscle injury during a behind-closed-doors training session on Wednesday, with Argentina boss Lionel Scaloni left furious that the news had got out. 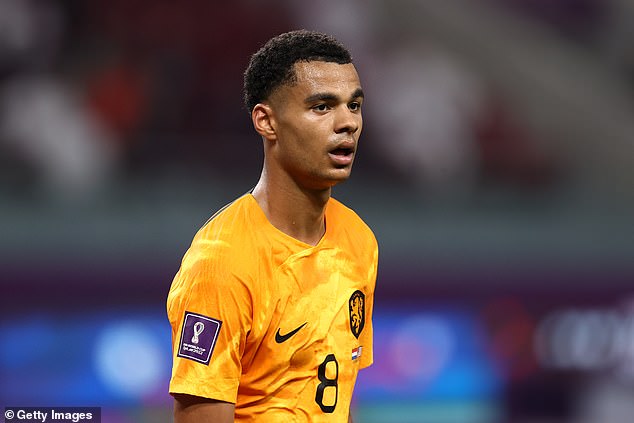 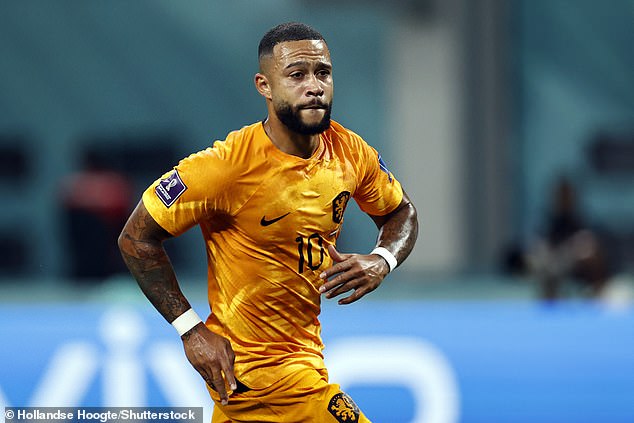 Gakpo is joined in attack by Barcelona’s Memphis Depay, who scored against USA on Saturday

As for Holland, it’s Cody Gakpo, who has scored three goals in four games in Qatar, who leads the line for Louis van Gaal’s men once more.

Memphis Depay also starts up top, with Steven Bergwijn making up the front three, and Virgil van Dijk an ever-present in the heart of defence, as Holland stick with the back three that has served them well in the tournament so far.

The two sides already know who they will face in the semi-final with victory tonight, after Croatia stunned tournament favourites Brazil on penalties earlier today.