The president of Argentina said on Tuesday he hopes to meet Lionel Messi next week and convince him to return to the national team.

President Mauricio Macri said he had spoken by telephone with Messi after he announced his shock retirement from the Argentine national team following the dramatic penalty shoot-out defeat by Chile in the Copa America final last Sunday.

Messi returned to Argentina on Monday, but has not spoken publicly about his decision. 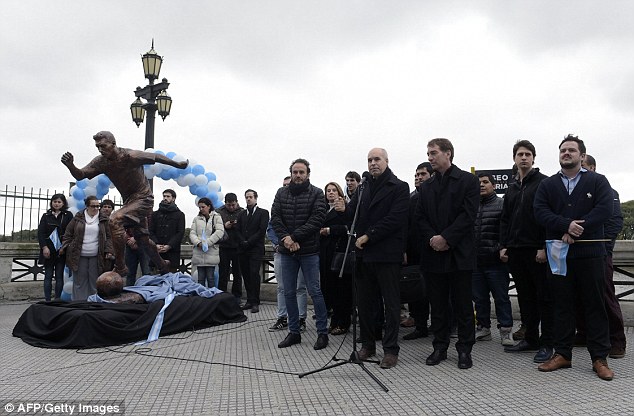 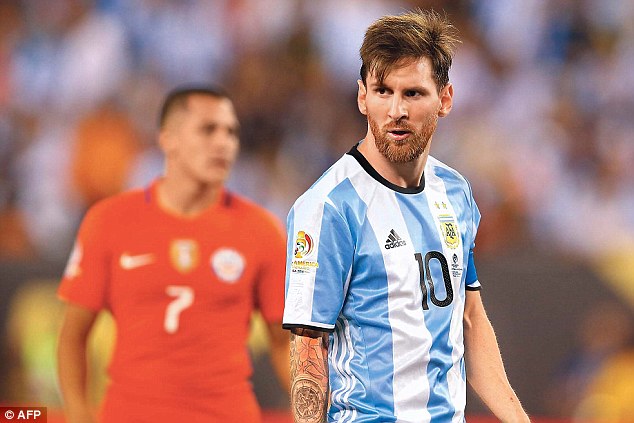 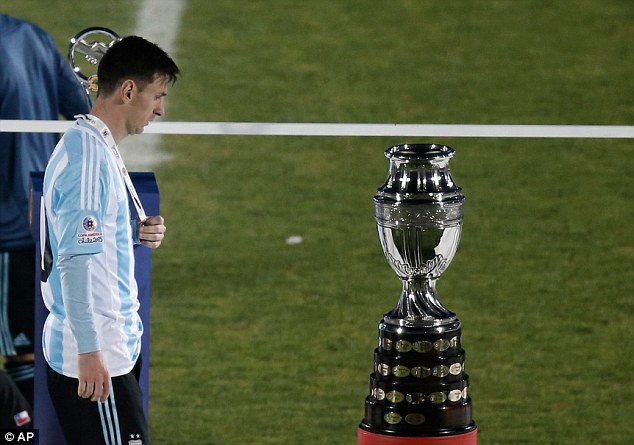 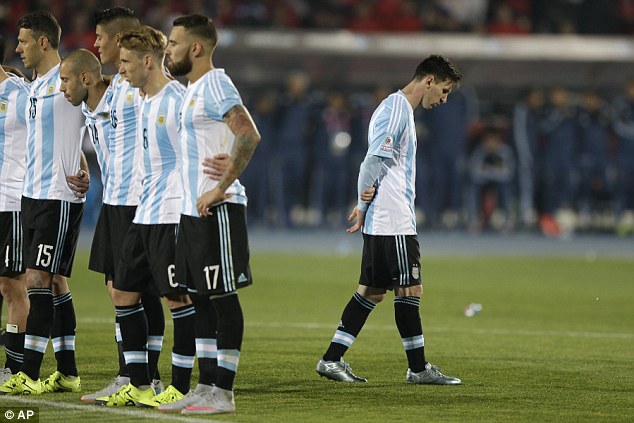 Macri said he told Messi to ‘ignore some of the nonsense because, truth be told, we are all very happy’ with how the Barcelona star has played for Argentina.

Messi, who moved to Barcelona aged 13, has often faced tough criticism in Argentina because he has failed to deliver the country a major title. The lack of success with La Albiceleste is in direct contrast to his huge trophy haul with the Catalan giants at club level.

Messi is often compared unfavourably to Maradona, who led Argentina to the 1986 World Cup title, but Macri said he didn’t understand the criticism of a player widely accepted as the world’s best. 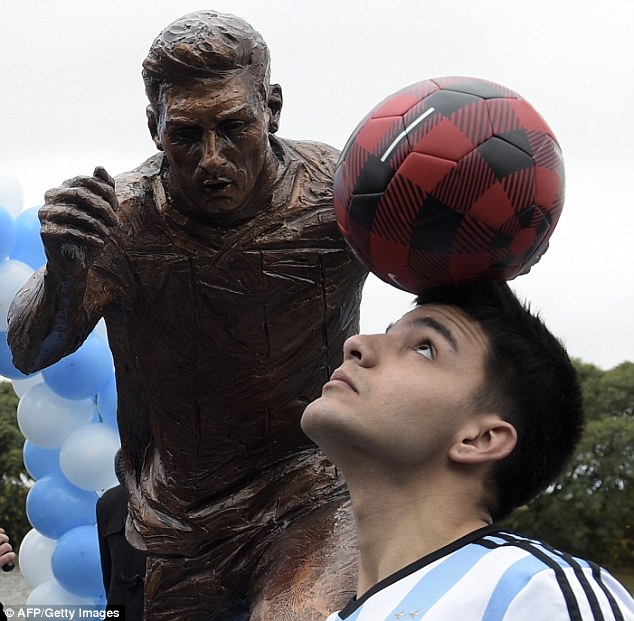 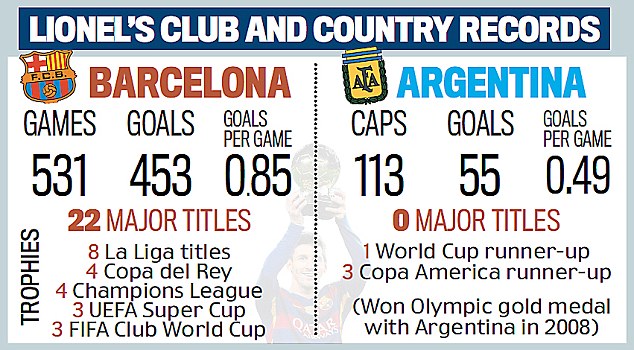 ‘The truth is that it’s good fortune, a joy, a gift from God to have the best player in the world in a country like ours that is so football crazy,’ said Macri, a former president of Boca Juniors.

Macri’s lobbying could be helped by a gathering planned for Saturday at the obelisk in central Buenos Aires, the city’s most famous landmark.

Support for Messi has been overwhelming on social media with sports figures, artists and politicians urging him to return.

Billboards and signs across the city are also asking him to stay. In the midst of the turmoil, the Buenos Aires city hall unveiled a statue of Messi – with a football at his foot – alongside other national sports stars. 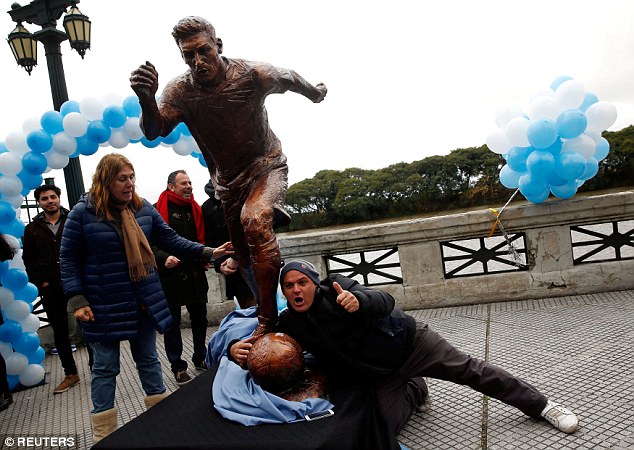 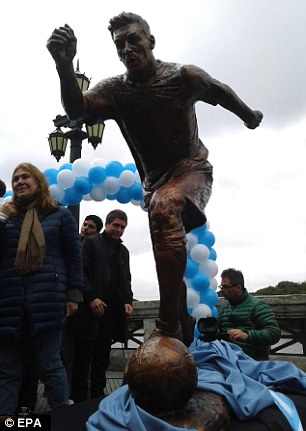 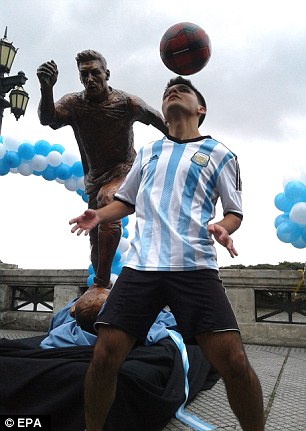 In another show of support, some members of Argentina’s 1986 World Cup team posed for a photograph that contained a written plea: ‘Don’t Go Lio.’

It’s four finals already, it’s not for me. I worked so hard for it. It was the thing I wanted more than anything. But it just wasn’t to be.

Lionel Messi on his decision to retire from international football

Maradona, the biggest star on that team, was not in the photo.

TV commentators have speculated that Messi spoke out in frustration after Sunday’s 4-2 loss on penalties to Chile.

‘The national team is over for me,’ Messi told Argentine network TyC Sports. ‘It’s been four finals, it’s not meant for me. I tried. It was the thing I wanted the most, but I couldn’t get it, so I think it’s over.’

It didn’t help that Messi himself lifted Argentina’s first penalty kick over the crossbar, setting the stage for another final defeat.

Messi and Argentina lost to Brazil in the 2007 Copa final and to Germany in extra time in the 2014 World Cup final in Brazil.

They lost last year’s Copa final to host Chile on penalty kicks after a 0-0 draw.