Lionel Messi is set to feature for Argentina against Bolivia in his country’s final Copa America Centenario group game, even though the Albiceleste have already qualified for the quarter-finals.

Colombia and Mexico made several changes to their teams when approaching their final group games in the same position, to protect their star names from injury.

But Tata Martino says the Barcelona No 10 will feature against Bolivia in Seattle, although it will likely be as a substitute.

Lionel Messi is set to feature for Argentina against Bolivia, even though his nation have already progressed

‘Leo will play,’ said Martino. ‘There’s a training programme that we’re taking forward for him to feel well. We will do it like this, so he can play from the start in the later stages of the tournament.’

Messi came on against Panama and scored a brilliant 19-minute hat-trick, and he seems set to be called from the bench once again.

He missed the first game, against Chile, with a back injury and Argentina are still treating him with caution to make sure there are no complications. 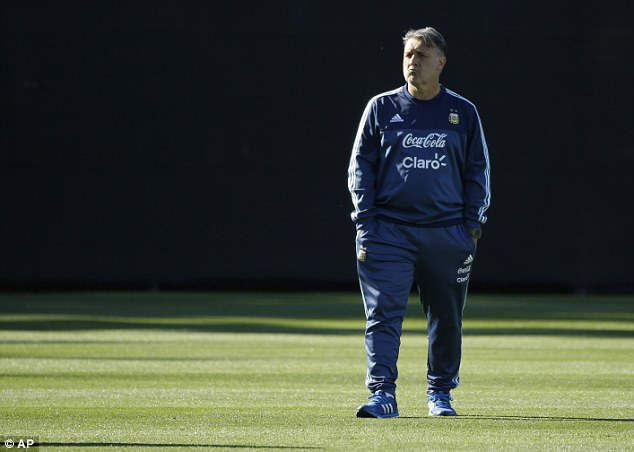 Martino will give Sergio Aguero his first start of the tournament, with the Manchester City striker playing second fiddle to Gonzalo Higuain so far, although he netted against Panama after coming on.

Bolivia are out and Argentina are through, virtually guaranteed to win Group D and play Venezuela in the quarter-finals, but the other clash on Tuesday night is a shoot-out for second place.

Chile take on Panama in Philadelphia and if they win or draw, they will progress to the next round. Panama must win to qualify, but that will be extremely hard for them given four key players are suspended. 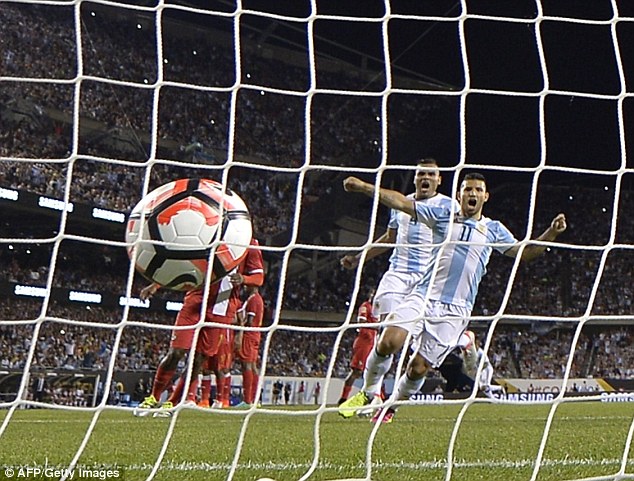 Felipe Baloy, Blas Perez and Armando Cooper have all been booked twice so miss this game, while Anibal Godoy was sent off and is therefore also out.

‘Chile has an advantage in every way,’ said Panama coach Hernan Gomez, firmly playing up to his side’s billing as the underdogs.

‘They are the champions, and have greater experience in tournaments. They are one of the best teams in the world in recent times. But we will not change our style.’ 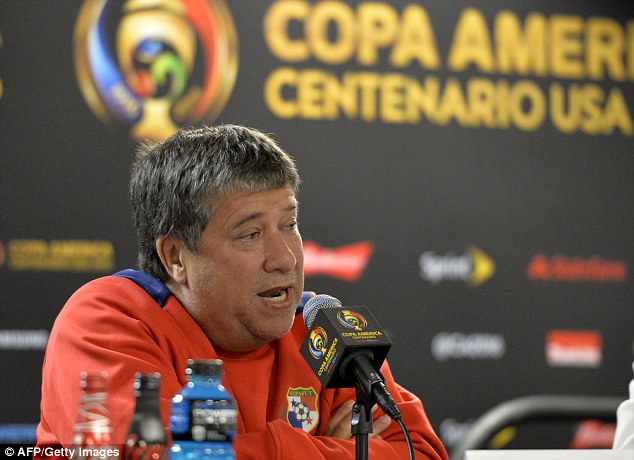 La Roja have lacked goals this tournament, having taken more shots on target than any other side in the first two games, but having the worst conversion rate.

They netted once against Argentina, a late strike by Jose Fuenzalida after Sergio Romero’s goalkeeping error, and then twice past Bolivia.

The latter of those was a generously awarded penalty which Arturo Vidal converted, adding to his opener.

None of the strikers have found the net, including Arsenal hitman Alexis Sanchez.

‘At some point we will find the attacking solution we need,’ said coach Juan Antonio Pizzi.

‘The qualities of Eduardo Vargas should help us in the games that remain. We have faith in him, [Mauricio] Pinilla and Nicolas Castillo. 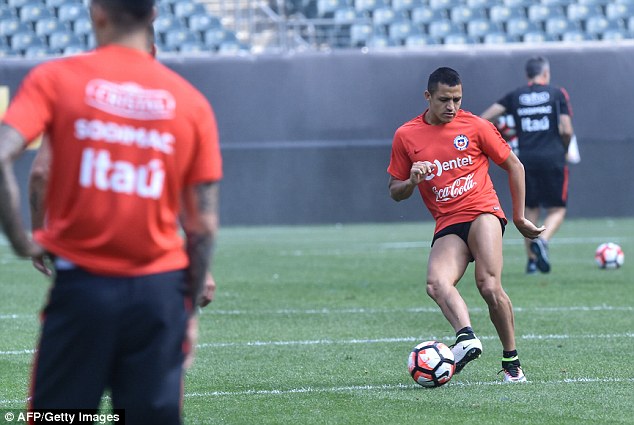 None of Chile’s strikers have scored at any point at the Copa America, including Arsenal’s Alexis Sanchez 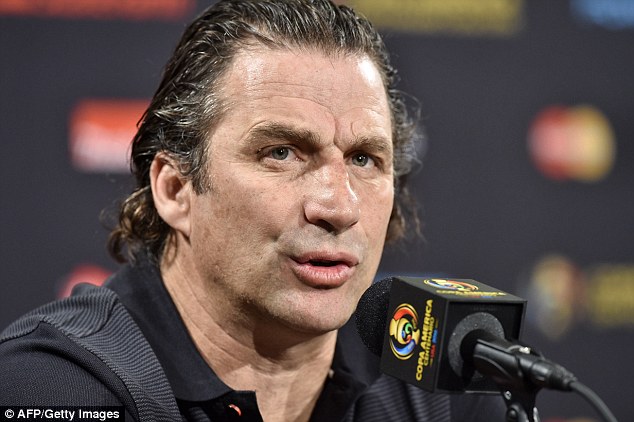 ‘Even in the defeats we have not lost the path that we want to be on. In the last couple of games we lacked a bit of accuracy in front of goal.’

He also praised opponents Panama before the game, noting their good performance against Argentina until a certain Ballon d’Or winner entered the fray and drove his team to a 5-0 win.

‘They controlled Argentina well until Messi came on,’ said Pizzi. ‘Panama have a very solid structure, and they know just what they have to do, they’re intelligent.’