Lionel Messi warns Barcelona’s rivals he is ‘still getting started’

‘I am still getting started’: Lionel Messi fires a warning to the rest of Europe after inspiring Barcelona to comeback victory over Inter Milan

Lionel Messi warned he is only just getting warmed up after he brought Barcelona’s Champions League campaign alive with a mesmerizing run and pass that set up the winner against Inter Milan.

‘I am still getting started. This the first time that I have completed 90 minutes. As the season goes on I will gradually let loose,’ he said after Barcelona beat Inter 2-1.

He also defended the relationship in the dressing room after Antoine Griezmann suggested the pair barely speak because neither is very talkative.

‘There is a good relationship in the dressing room. We have a very united group,’ he said. ‘We had trouble getting going in this game but we are getting better.’

Messi side-stepped Kwadwo Asamoah and set off on one of his long dribbles which ended in him passing to Suarez whose first touch took him past Diego Godin allowing him to score the winner.

‘And it was the first game with a real physical strain because of the rival. And we know he can decide a game with one piece of skill.’

Antonio Conte was critical of several refereeing decisions and the treatment he received from referee Damir Skomina who booked him in the second half. 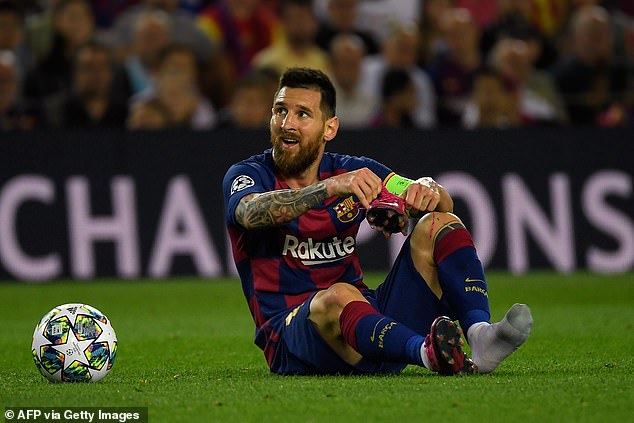 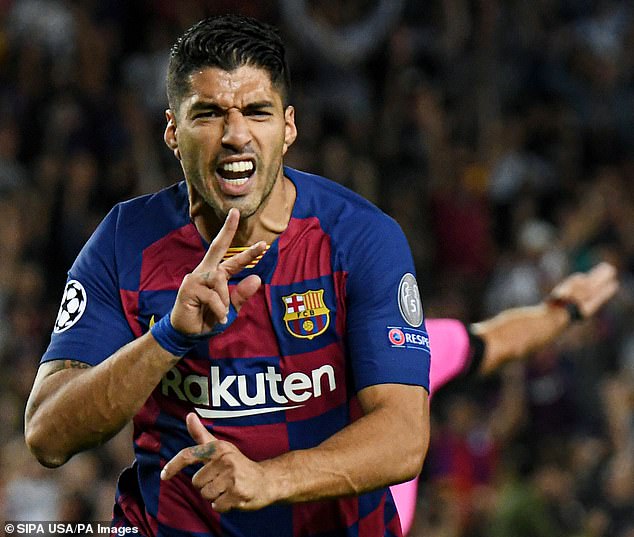 ‘We could have had a penalty in the second half. It was a very doubtful decision. Then they equalized,’ he said.

‘It’s hard to take because with all we created we deserved more than Barcelona. But congratulations to them. In the end the play of a couple of great players changed everything. It’s a shame for us.

‘People who know me, know I find it hard to take defeat but there is some satisfaction coming here against a team that is set up to win the Champions League and we were able to hurt them, not as much as we could have.

‘You know in these games everything can change with one move or goal. The glass is half full because of the attitude and the way we played. But the glass is half empty because we go home with nothing.’

Of his yellow card he added: ‘I showed respect [to the match officials] but they have to respect us too. I am upset, I’m upset that we lost the game.’