Lionel Messi was almost a Socceroo! How Argentina’s megastar could have been born in Australia

Lionel Messi was almost a Socceroo! Argentina’s megastar could have been born in Australia as his parents were on the verge of leaving their homeland for a life down under

Lionel Messi’s parents were on the verge of leaving Argentina’s troubles behind to start a life in Australia shortly before their superstar son was born, it has been revealed.

The football legend’s biographer, Guillame Balague, said the country’s economic crisis in the  1980s prompted Messi’s father to consider shifting the family to the other side of the world.

Lionel Messi pictured in a Socceroos jersey. He could have played for Australia if his family had followed through on plans to move down under (image digitally altered)

‘In Argentina there was a crisis. Money was losing value. there were no jobs. And Argentinians have long gone to Europe or elsewhere as emigrants,’ Balague told Keep Up.

‘It must have been a casual conversation that Jorge Messi had before Leo was born that he had with somebody that came across with the idea of going to Australia to live. Why not? 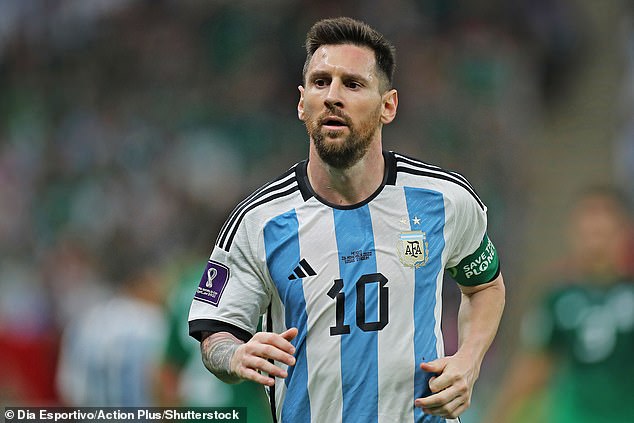 The football icon (pictured playing against Mexico at the Qatar World Cup) would have become a Socceroo if his family had moved down under, his biographer believes

‘When you get in that mind frame in which the solution to your problems is to be abroad, it doesn’t really matter where you go. And they knew people that had come to Australia.

‘Finally, the decision was to stay put. Leo was born. When he’s 12, he eventually gets a trial to Barcelona.’

Messi and his family relocated to the Spanish city in 2001, and the rest is history as he quickly forged a reputation as one of the greatest players of his generation. 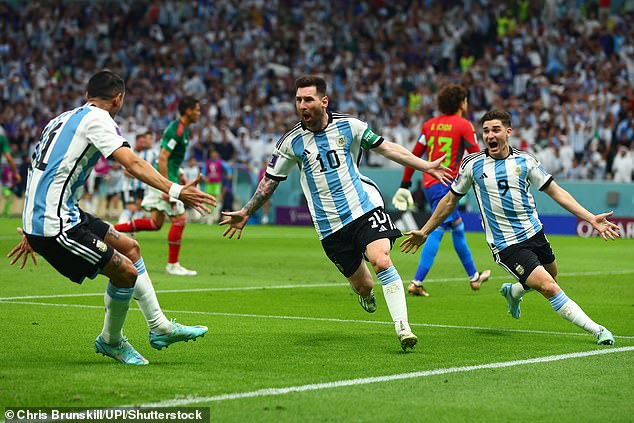 Instead of moving to Australia, Messi’s family stayed put and he was born in the Argentine city of Rosario before moving to Barcelona to play for one of the world’s biggest clubs in 2001

Balague believes the football icon would have worn the green and gold had his parents made the decision to live down under – but he wouldn’t have reached the pinnacle of the sport.

‘Leo Messi would have played the last 16 of the World Cup in Qatar with Australia,’ he predicted.

‘Because to be Leo Messi … he has to be born in Argentina. He’s got to have a clear path to goodness through [Alfredo] Di Stefano, through [Diego] Maradona, all those thing that make Messi and that wouldn’t have happened in Australia.’

Instead, the 35-year-old looms as the Socceroos’ biggest danger man as the sides prepare to clash in the round of 16 in Qatar on Sunday morning (6am AEDT).