By Rik Sharma For Mail Online

Lionel Messi’s parents and two of his brothers had to be moved to safety after Chile fans attacked them during the Copa America final.

Minutes before half-time at Santiago’s Estadio Nacional, Messi’s oldest brother Rodrigo was hit by an object hurled by a fan and the whole family ended up watching from a television cabin in the stadium after security intervened.

Insults were also hurled at the relatives of the Argentina No 10, who was unable to inspire his side to victory against hosts Chile.

Lionel Messi, whose family were abused during the final, walks past the Copa America trophy 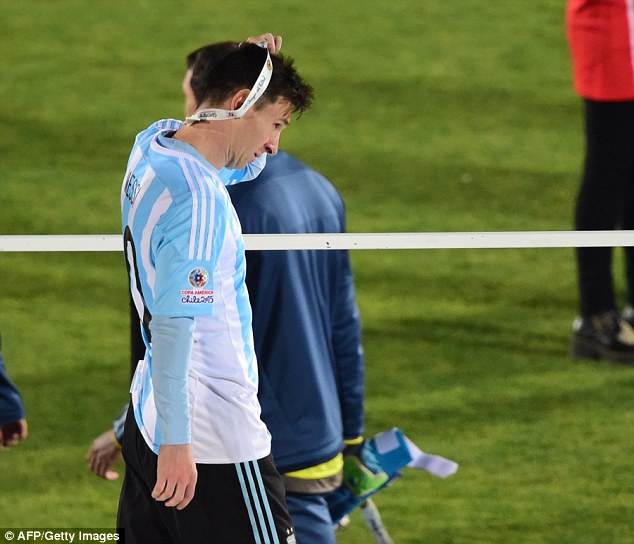 They ended their 99-year wait for the Copa America by beating Argentina 4-1 on penalties after a 0-0 draw, but their triumph was tarnished by these shameful scenes.

Sergio Aguero’s family were also allegedly abused by some Chilean supporters during the match.

Messi’s parents Celia and Jorge, as well as his brothers Rodrigo and Matias, had hoped to see their son end Argentina’s trophy drought, with 1993 the last time they won a major competition. 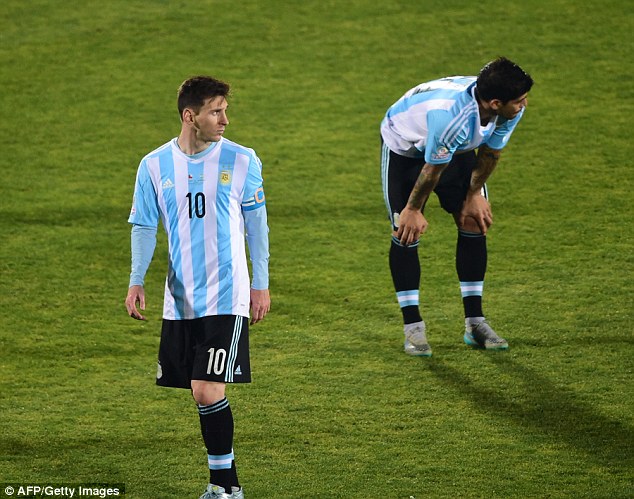 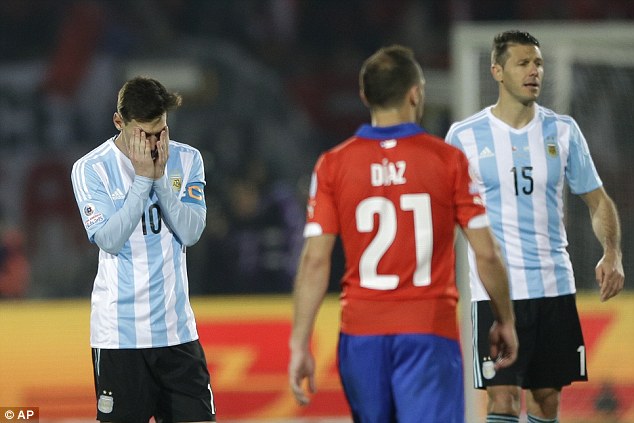 Matters on the pitch were not much better for Messi either, as he was given rough treatment by Chile defenders, including Gary Medel.

The Barcelona star converted his penalty in the shoot-out but misses by Gonzalo Higuain and Ever Banega consigned Argentina to defeat.