Argentina star Lionel Messi has been accused of being lazy at the Copa America – by his own grandfather.

The Barcelona forward helped Gerardo Martino’s side into last Saturday’s final but endured a frustrating night against hosts Chile, who won the trophy via a dramatic penalty shootout.

Messi, who scored once during the tournament and shone during Argentina’s 6-1 thrashing of Paraguay in the semi-finals, still failed to impress Antonio Cuccitini. 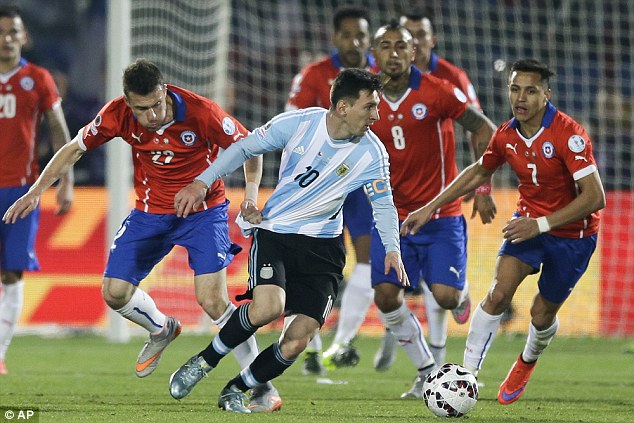 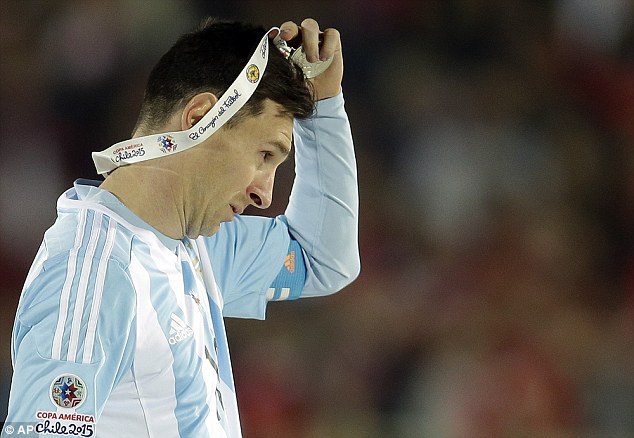 ‘Some of him was there,’ Cuccitini told Radio Casilda.

‘Triumphs are the greatest things there are. But the last three games he was bad. He was lazy.’

Saturday’s loss to Chile was the second time Messi has endured heartache with his country in the past year, with defeat by Germany in last summer’s World Cup final being another major disappointment for the 28-year-old.

Messi is yet to return to training with Barca as he enjoys an extended break following his Copa America exploits.