When Lionel Messi eventually hangs up his boots, he might just have one huge regret lingering in the back of his mind.

He is arguably the greatest player to ever play the game after announcing himself on the world stage at Barcelona with his first senior goal all the way back in 2005.

The Argentine has gone on to score a ridiculous 600 career club goals for Barcelona, and his dazzling presence at the highest level of the game has led him to winning a remarkable five Ballon d’Ors.

But something is missing from Messi’s golden mantlepiece and it will remain that way after more heartbreak playing for Argentina.

Argentina were knocked out at the semi-final stage of Copa America, losing 2-0 to rivals Brazil following goals from Premier League stars Gabriel Jesus and Roberto Firmino.

The defeat ensures Messi’s long wait for a major international honour goes on and his time is now running out. 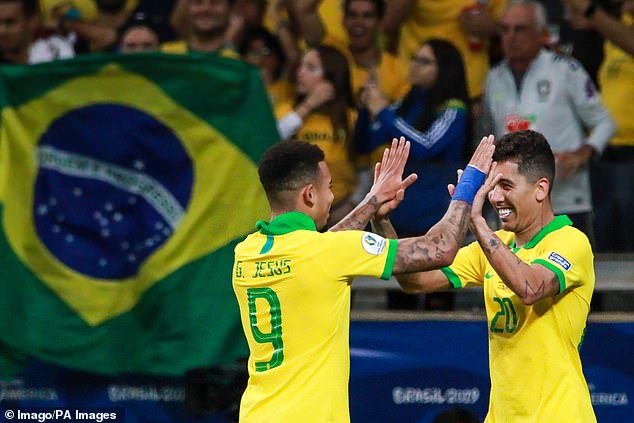 The 32-year-old has only won one international title, and that came at the 2008 Olympics in China as they beat Nigeria 1-0 in the final thanks to an Angel di Maria goal.

It is unknown whether Messi will feature at another major tournament for his beloved country but what we do know is that his lack of success with Argentina will forever leave a bad taste in his mouth.

Here, Sportsmail takes a look back at his heartbreaks with Argentina at both the World Cup and Copa America down the years, including those near-misses and underwhelming campaigns…

After making his international debut in 2005, Messi was included in the squad at the 2006 World Cup. He became the youngest player to represent and score for Argentina at a World Cup against Serbia and Montenegro. But he didn’t feature in their quarter-final against hosts Germany as they were knocked out on penalties. 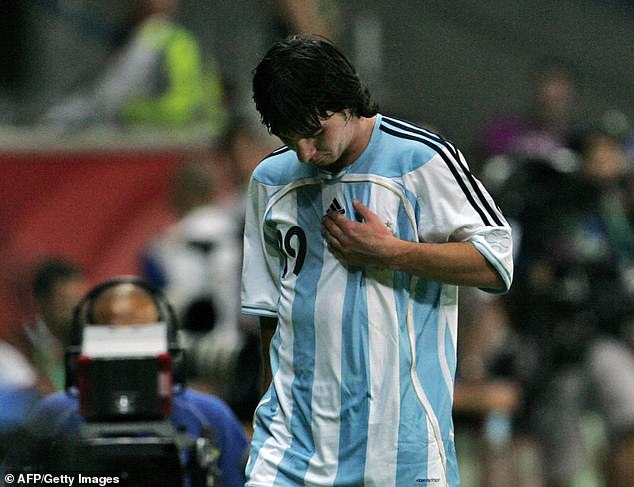 Messi made his World Cup debut in 2006, where Argentina reached the quarter-finals

Messi had quickly emerged as one of the best players in world football when the 2007 Copa America came around. After providing assists in group games against United States, Colombia and Paraguay, he then got on the scoresheet against Peru and Argentina in the knockout rounds. But he couldn’t influence the final against Brazil as they lost convincingly 3-0. 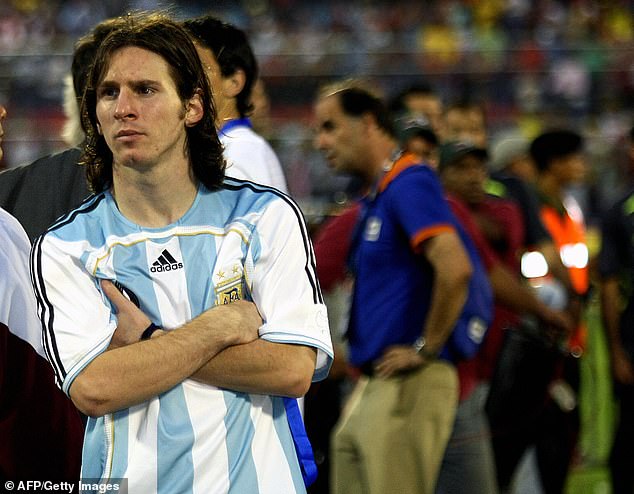 The Argentinians just about qualified for the 2010 World Cup but despite this, they still went into the tournament as one of the favourites with stellar names across the park. However, they were humiliated 4-0 in the last-eight against Germany under the management of Diego Maradona in South Africa. 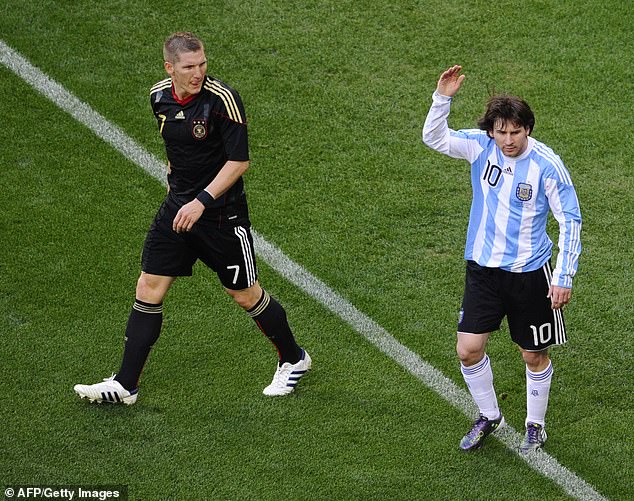 Arguably this was the Barcelona star’s worst display at a major international tournament, failing to score throughout the campaign in his home country. Messi and his compatriots were booed by fans as they were defeated 5-4 on penalties by Uruguay in the quarter-finals. 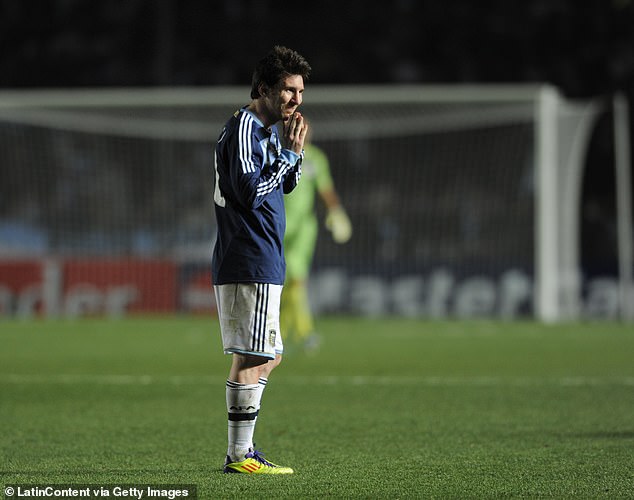 In his first tournament as captain for Argentina, the five-time Ballon d’Or winner came agonisingly close to guiding his team to glory. He scored against Bosnia, Iran and Nigeria in every group stage game but would come undone in the World Cup final against Germany, going down 1-0 to a late extra-time goal from Mario Gotze. Messi was however, named player of the tournament in Brazil. 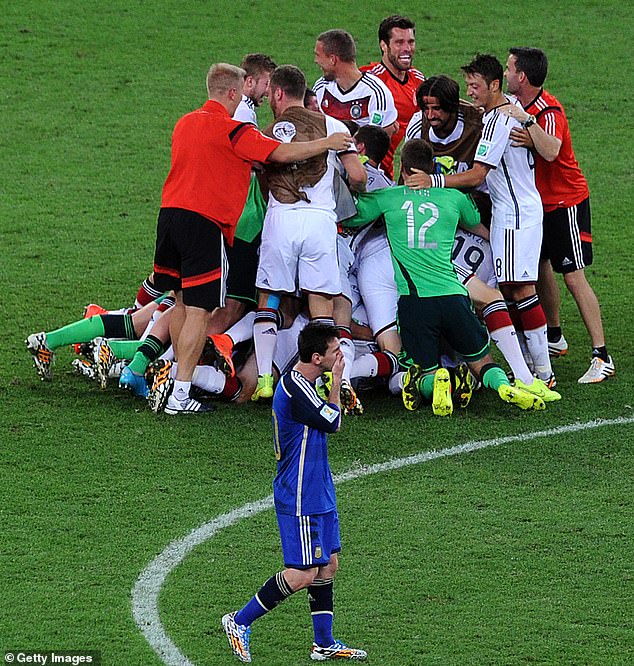 Messi endured heartbreak at the 2014 World Cup, losing to Germany in extra-time in the final

Perhaps one of Messi’s most underwhelming individual experiences at a major international tournament, scoring just once on the way to the final in Chile. Argentina came up against the hosts in the final, but lost 4-1 in a penalty shoot-out following a goalless draw. 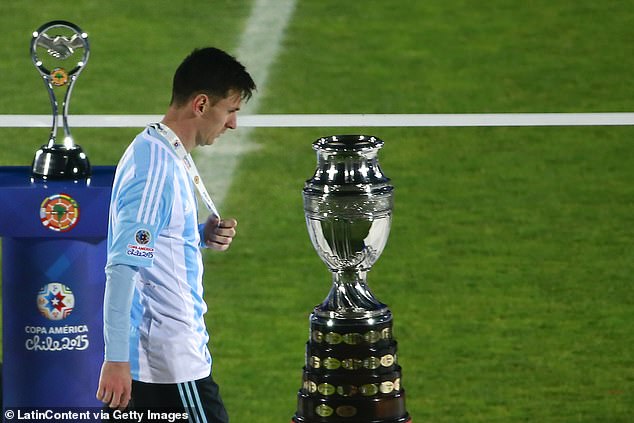 There was yet more heartache for Messi and Co against the same opponents in the Copa America final. Chile once again overcame Argentina 4-2 in the decisive penalty shoot-out, with Messi missing his spot-kick. The Barcelona man abruptly called time on his international career but it was short-lived. 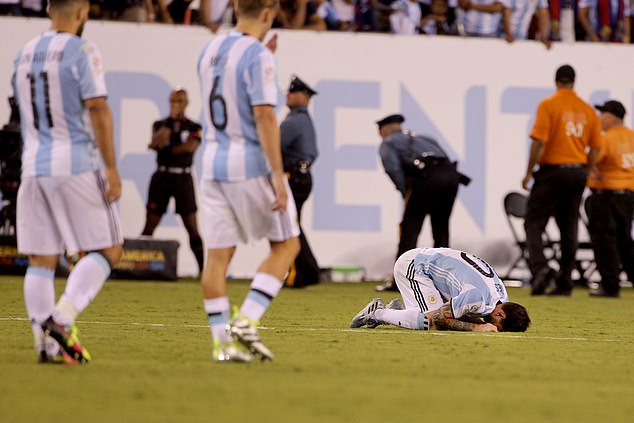 It started off very disappointingly for Messi in Russia as he missed what would have been a match-winning penalty in the opening game against Iceland, which they ended up drawing 1-1. The Argentine netted his only goal – a remarkable one of that – against Nigeria in the final group game but they would go on to lose 4-3 in the round of 16 against France. 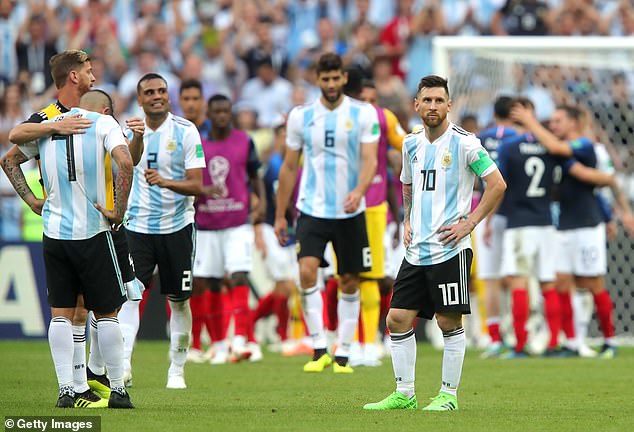 Argentina struggled throughout the group phase, picking up just four points from their three games with Messi scoring once in a disappointing 1-1 draw against Paraguay. After beating Venezuela 2-0 in the quarter-finals, Argentina came unstuck in the semis against Brazil on Wednesday and he ended up de-crying ‘bulls***’ refereeing calls.

A major international honour may elude the footballing great. 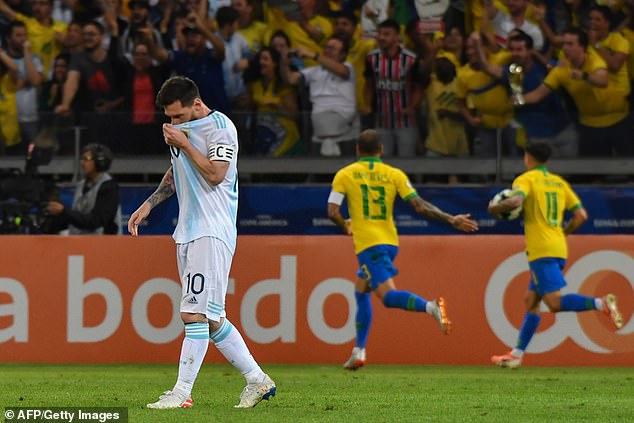