Lionel Messi’s home city of Rosario unveiled a 70-metre high tribute to the Argentina captain on the eve of him taking on Brazil in the final of the Copa America.

In a special event to mark the final, which kicks off 1am on Sunday morning UK time, an image of Messi wearing the Argentina jersey was projected onto the city’s National Flag Memorial.

Images of Angel di Maria and Gio Lo Celso, who were also born in the city, wearing the shirt were also projected onto the statue.

Lionel Messi’s home city, Rosario, unveiled a tribute to him before the Copa America final 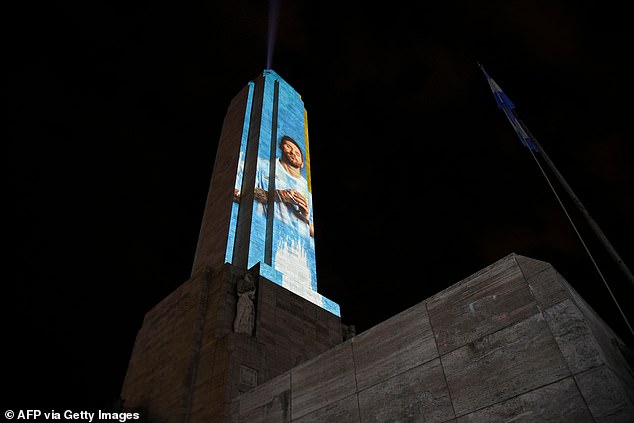 Messi is trying to win his first trophy for Argentina since the 2008 Olympics. He has been a beaten finalist in three Copa America finals and the 2014 World Cup final.

His Argentina team must beat Brazil who have not lost a competitive game in three years. Brazil have beaten Argentina in Copa America finals in in 2004 and 2007.

Hopes are still high in Rosario and throughout Argentina that Messi will get the better of his former Barcelona team-mate Neymar as South America’s greatest rivalry plays out another chapter in the Rio’s Maracana stadium.

Argentina are aiming to end 28 years of hurt at this year’s Copa America, having gone trophyless since their success in the same tournament in 1993. 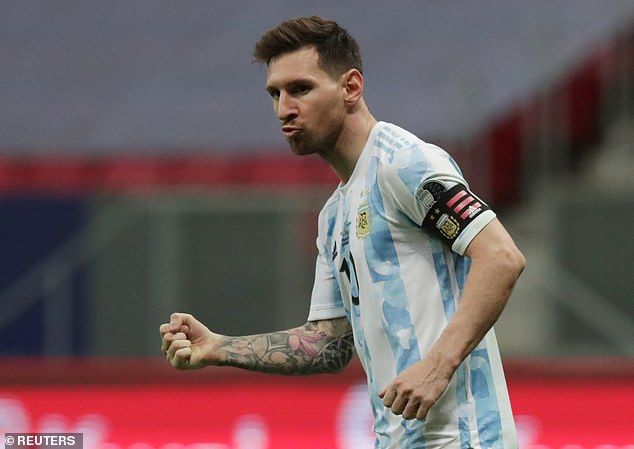 Sunday’s final against Brazil provides Messi and Co another chance to put an end to that drought after their dramatic penalty shootout victory in the semi-final against Colombia.

Brazil, meanwhile, managed to get through the knockout rounds with slender victories over Chile and Peru, with Lucas Paqueta scoring the winning goal in both ties.

Messi goes into Sunday’s final as the top scorer and assist maker, with four goals and five assists in the six games he has played so far.