REVEALED: Lionel Messi’s son Thiago, 10, wrote a message to his father ahead of his last shot at World Cup glory, quoting the entirety of Argentina’s song insulting the English over the Falklands War

Lionel Messi’s 10-year-old son has written Argentina’s star man a letter containing insults aimed at England ahead of their World Cup final against France on Sunday.

Messi’s Argentina will take on France as the forward bids to lift the Jules Rimet trophy for the first time in his final World Cup match.

The 35-year-old’s wife, Antonela Roccuzzo, however, has shared an image on social media of the letter written by the duo’s son, Thiago, which quotes Argentinian song ‘Muchachos’, targeting England over the Falklands War.

Lionel Messi’s son, Thiago, wrote a letter to his father ahead of the World Cup final on Sunday 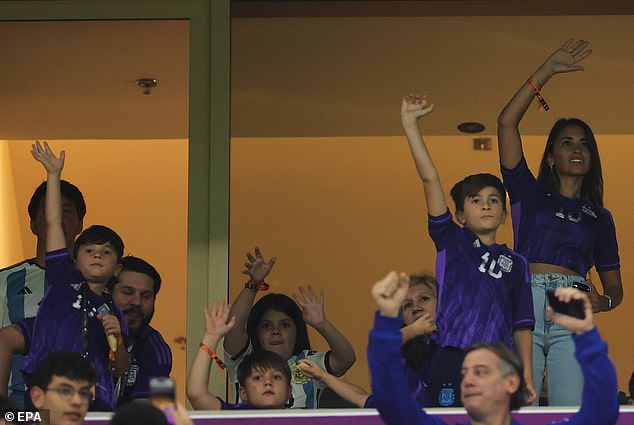 ‘I was born in Argentina, land of Diego [Maradona] and Lionel’, the letter, written in Spanish, begins.

Roughly via Clarin, it continues: ‘Of the kids from Malvinas that I will never forget. I can’t explain it to you because you won’t understand.

‘The finals we lost, for how many years I cried for her, but that ended in the Maracana, the final with the brazuqas, Dad won it again.

‘Boys, now we are excited again, I want to win the third, I want to be world champion, and we can see Diego from heaven, with Don Diego and La Tota, rooting for Lionel.’ 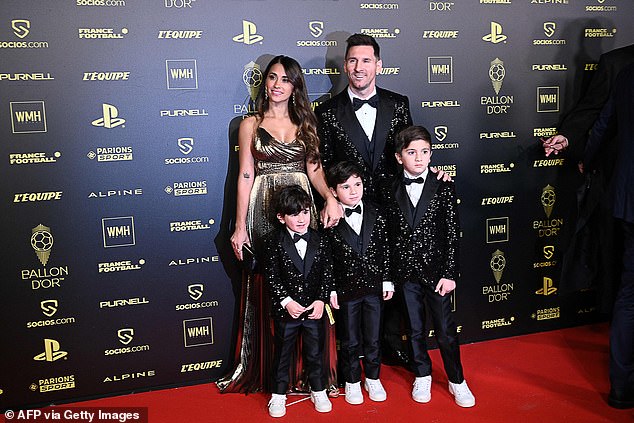 The song recently became the country’s top tune on Spotify after a video of Messi’s team chanting it during the World Cup went viral.

Video emerged of jubilant Argentina players whipping off their shirts as they mocked Brazil and England in the song after they beat Croatia in the World Cup semi-final last Tuesday.

The lyrics include a line saying ‘Ingleses putos de Malvinas no me olvido’, which roughly translates to ‘f***ing English in the Falklands, I don’t forget.’

The word ‘putos’ to describe the English often has homophobic connotations and can also mean cowards, while the Falklands are referred to by their Spanish name ‘Las Malvinas’. 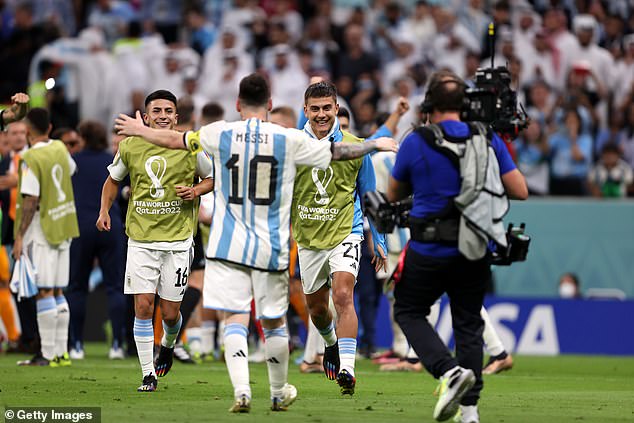 Defender Nicolas Otamendi shared footage of the team’s celebrations on his Instagram after the 3-0 victory on Tuesday night. The team will play against France in the World Cup final on Sunday.

Argentina still claim sovereignty over the Falklands despite it being a British overseas territory since 1833, and the islanders have voted overwhelmingly to remain part of the UK.

But Argentina claim it acquired the Falklands from Spain in 1816 before Britain asserted its rule.

In 1982, the archipelago was invaded by Argentine forces who were beat back in a ten-week war ordered by Margaret Thatcher and the islands were returned to British control.