Sheffield United are roared to victory by a Lioness! England Women’s Euros champion Alex Greenwood receives a thunderous ovation by Bramall Lane crowd as guest of honour watches 2-0 win over Millwall in the Championship

By Ross Heppenstall For The Mail On Sunday

Alex Greenwood roared approval from the stands as Sheffield United swept Millwall aside to kick-start their promotion bid.

The Lionesses star helped Sarina Wiegman’s team to Euro 2022 glory and came on as a substitute when they thumped Sweden 4-0 in last month’s semi-final at Bramall Lane, which also hosted three group games during the tournament.

Manchester City defender Greenwood, 28, was a guest of honour for this match and watched alongside partner Jack O’Connell, the popular Blades player who is currently injured. 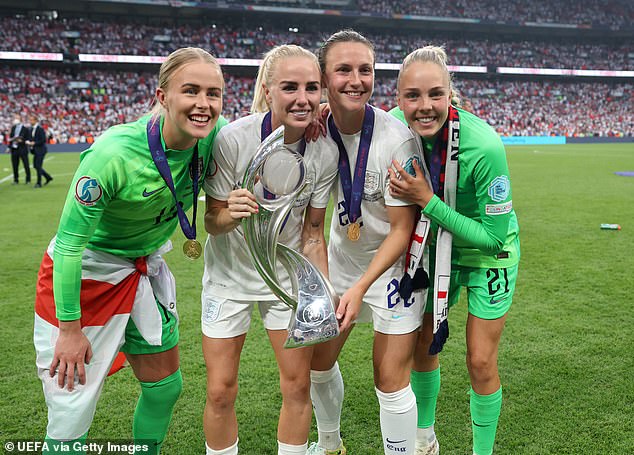 Greenwood, second from the left, was one of England’s successful Euro 2022 winners in July

The couple were given a thunderous ovation before Paul Heckingbottom’s side proceeded to dismantle their visitors. Goals from Iliman Ndiaye and Sander Berge inside the opening quarter were no more than they deserved for their early superiority. Norway midfielder Berge, 24, was particularly impressive.

Heckingbottom said: ‘Today he (Berge) was playing a different game. He scored a goal but also made a great recovery run in the first half.’

The Blades’ advantage would have been greater had Oliver Norwood not seen his penalty saved by Bartosz Bialkowski in the 44th minute.

Millwall boss Gary Rowett said: ‘Our second-half display was much better and, while we didn’t create too many chances, I was pleased with our response.’ 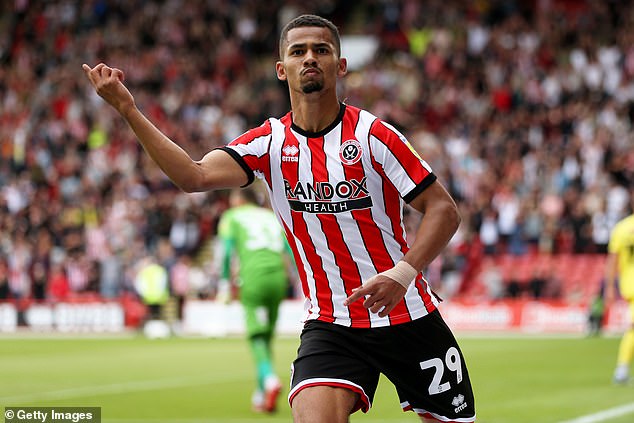