PLAYER RATINGS: Hamish Watson was a powerhouse, a real nuisance at the breakdown and put in some big tackles… but Louis Rees-Zammit needs to show far more if he want to make it into the Lions’ Test XV

Josh Adams plundered four tries as the British and Irish Lions opened their tour on South African soil with a rampant 56-14 victory over the Sigma Lions.

The hosts were rabbits caught in the headlights as they leaked early tries to Louis Rees-Zammit and Hamish Watson, but an impressive uprising followed that troubled the Lions’ defence for a spell.

Once that had been subdued, Warren Gatland’s men ran riot with Adams helping himself to four second-half tries against the weakest of the provincial sides they will face over the coming weeks.

I spoke to him on the pitch after the Premiership Final – he was obviously disappointed being dropped by Exeter but motivated to prove a point on tour. He sounded like a man on a mission and showed that yesterday. Brilliant under high ball which will be so important v South Africa. Sharp on the counter-attack and one superb try-saving tackle.

Welsh winger showed good wheels to take his try early on, but he was pretty quiet apart from that. Needs to show far more if he wants to make it into the starting XV for the Test matches later in the month. He stayed on his wing too much, and dived into a ruck once which left Farrell vulnerable in defence for their first try.

Good game. He’s a glue player who makes everything tick and work around him by doing all the basics and unseen work well to allow others to do their job. Everything he does is to a really high standard. He’s like Ryan Crotty was the All Blacks in that respect. Provided a top assist for Rees-Zammit’s try showing his kicking skills.

Brilliant 100 per cent goal-kicking. Some Big hits in defence but one poor missed tackle by his standards leading to the Sigma Lions’ first try. He brought energy in defence, which you could here through the TV with no crowd. Linked well with Russell – although made a couple of errors in that new partnership, but that will come.

Showed the try-scorer he is with four brilliant finishes – he’s a true poacher and clearly pushing for a Test spot. His kick-chase was really good causing carnage on box kicks his side. 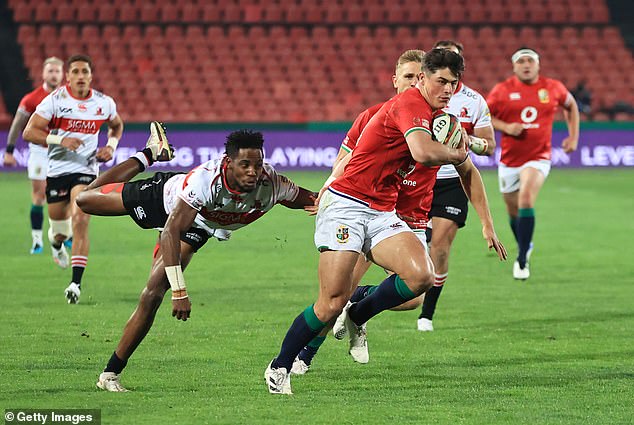 Louis Rees-Zammit showed good wheels to take his try early on, but he was quiet after that

Pulled the strings in attack and showed great attacking kicking. He has world class distribution, and was fizzing passes all night. Strong start but a few errors to iron out for the tougher games to come.

Good service to his old flat-mate Russell. Controlled the tempo of the game well, mixing up quick taps with slowing things down. His box-kicking game was strong and he showed good wheels for his try.

Nothing spectacular but did the job needed at No 8 with tough carries and getting stuck in with his defence. Welshman showed a little more v Japan where he made six carries and 15 tackles off the bench, as opposed to seven carries and 12 tackles in 56 minutes yesterday.

He is doing what made him Six Nations player of the tournament. Showed great power in his carries, demonstrated by his try, and came up with some big tackles in defence – making 16, more than anyone else. Nuisance at the breakdown too.

Brilliant game. Continue that form he could be pushing to replace the injured Alun Wyn Jones at lock. Carried well to get gainline momentum and picked good Lines in attack. Showed good skills tipping on passes to support players in holes. 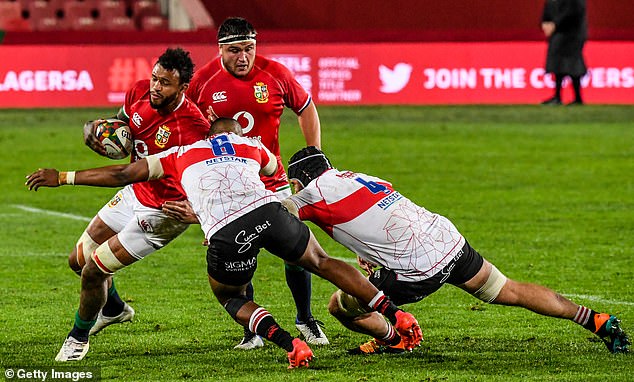 Did his basics well around the set-piece, especially in the lineout where the Lions won eight out of 10 throws. He will need to show more to push for a Test spot. He caught food poisoning from a dodgy café in South Africa on tour with England in 2018 – hopefully he stays away from the chicken sandwiches this year!

Did he job very well, and was a constant fiend around the breakdown as ever. The lineout, which he leads, was really good – he worked well in tandem with Saracens team-mate Jamie George there.

Swapped a few messages with him in the week – he just wants to go out and enjoy it now he is on tour having not been initially picked. He was busy in attack offering with great lines and strong carries – always a sign he’s enjoying himself. He kept scrum solid with Wyn Jones.

His lineout darts were world class, hitting the middle and back of the lineout consistently all game. You can see how much work he and Itoje do on the lineout, they have confidence to throw long which is tough to do. He will run Ken Owens close for a Test spot, especially if his throwing is this good consistently.

Performed well at set piece and around the park. The prop took his try really well with close range dive over the ruck but unfortunately chalked off, after Lawes’ illegal cleanout. Solid first game from the Welshman. 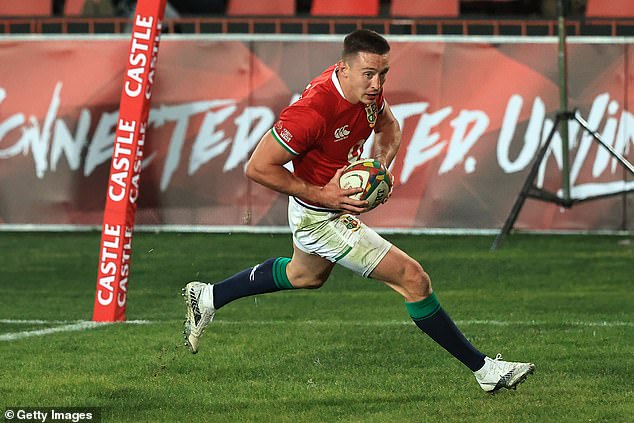