In the back room of an Essex leisure centre, the blonde-haired, buxom beautician hands Ellie Andrews a pot of numbing cream.

‘Apply this, all over your lips,’ she instructs.

Ellie, from Northampton, is just 16 – but looks far younger.

According to industry guidelines, she is two years too young for cosmetic procedures.

Yet, without asking for proof of age, the beautician agrees to inject her with lip fillers – a thick gel that will sit under the skin, making her pout appear fuller.

Safety risk: 16-year-old Ellie Andrews (above) visited 20 clinics in Essex and London. All of them agreed to carry out a lip-filler procedure on the undercover reporter – even though she is two years too young for cosmetic work, according to industry guidelines

What the therapist didn’t know is that Ellie was, in fact, an undercover reporter.

And, in a disturbing investigation she carried out for website VICE, she has revealed the incident was far from a one-off.

All 20 practitioners the teenager visited in Essex and London agreed to carry out the procedure.

All agreed to treat her and only two even asked for proof of age.

And they weren’t all back-room operations: two of the clinics were on London’s prestigious Harley Street – renowned for providing high-quality aesthetic procedures.

Two-thirds took no personal details such as a GP contact or next of kin, as set out in guidelines by the British Association of Aesthetics and Plastic Surgeons (BAAPS).

One clinician proposed injecting twice as much filler as is deemed safe by the regulatory body.

Many therapists were found to be operating out of gyms, dentists and even their own living rooms.

Ellie didn’t once see a doctor – although complications from filler injections include swelling, bruising, infections and blockages of blood vessels that can lead to tissue death, deformity and even blindness. 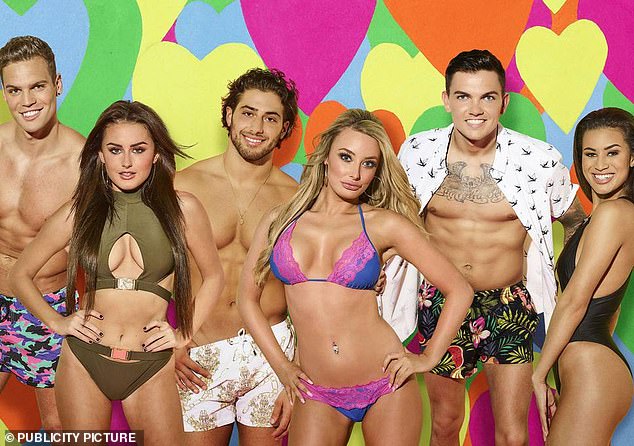 According to a 2018 poll, roughly 100,000 children under 16 have undergone aesthetic enhancement, with lip-fillers fast becoming the most popular procedure. Many experts blame the popularity of reality shows such as Love Island (stock photo) for the trend

And most shockingly, none of this is against the law: although it is illegal for under-18s to be given tattoos, teeth-whitening or use sunbeds, there is no age limit for injecting fillers.

Leading surgeons and campaigners condemned the therapists offering such treatments.

Jackie Doyle-Price, Conservative MP and Mental Health Minister, who has previously raised concerns over teenage uptake of cosmetic surgery, said: ‘I am appalled that these practitioners have been negligent about establishing whether or not the person in front of them is an adult.’

Professor Ash Mosahebi, a plastic surgeon and representative of the BAAPS, says: ‘Respectable practitioners would never consider administering fillers to a teenager as young as Ellie. It is definitely unethical to do so.

‘Not only is 16 a vulnerable age – so the patient might be doing it for the wrong reasons – there’s also serious safety risks with performing the procedure on children.’

According to a 2018 poll, roughly 100,000 children under 16 have undergone aesthetic enhancement, with lip-fillers fast becoming the most popular procedure.

Many experts blame the popularity of reality shows such as Love Island – and its surgically enhanced stars – for the trend. 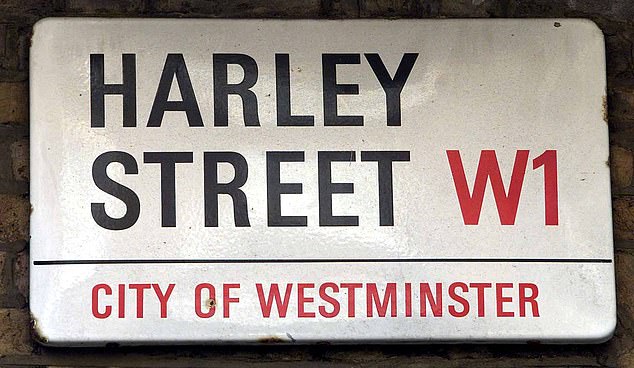 But according to leading cosmetic surgeons, this can be disastrous for children.

Prof Mosahebi, says: ‘The facial structure is still changing and growing and fillers might damage that growth.

‘The procedure was designed for older women whose lips have thinned with age.’

According to Prof Mosahebi, this significantly increases the risks of complications.

‘The more filler is injected the first time, the more likely you’ll get lumps forming, and lips becoming deformed,’ he says. ‘I also suspect that the places offering large amounts of filler don’t stick to the strictest hygiene, so they’re at a higher risk of infection.’

Some clinics refuse to administer fillers to anyone under 21.

One Harley Street clinic warns on its website: ‘Due to the natural development of the face and muscles, we have made the decision not to provide lip fillers to anyone below the age of 21.’

The Joint Council for Cosmetic Practitioners regulates therapists who offer non-surgical treatments – such as fillers and Botox.

It says under-18s should only be offered a procedure ‘if medically necessary’ and with the consent of a parent or guardian.

However, registration with the body is entirely voluntary.

So, while undoubtedly unethical, the practitioners Ellie saw had done nothing wrong in the eyes of the law.

The number of Britons suffering the results of botched injections is rising. In 2018, 1,000 complaints were lodged about unsatisfactory results, two-thirds of which were related to fillers in the lips and skin. Now, MPs are calling for tighter legislation.

Doyle-Price says: ‘Clearly we will have to change the law.

‘At the very least we must have an age qualification. I want to make it illegal to administer fillers to anyone under 18.’

Earlier this year, Doyle-Price stated: ‘The Department is exploring options to introduce age restrictions on access to cosmetic procedures, bringing them in line with the over 18 legislation on tattoos, teeth whitening and the use of sunbeds.’

And from next year, patients will be able to lodge complaints with the Medicines and Healthcare Products Regulatory Agency about malpractice or poor results, leaving aestheticians subject to investigations. But currently there is no mandatory, independent body that regulates professional standards for cosmetic therapists.

Ashton Collins, the director of Save Face, a national register of accredited non-surgical practitioners, says: ‘Nearly half of all complications are reported by young women and teenagers. They are among those most vulnerable to exploitation. These practitioners are negligent, unethical and are fuelling a very serious issue.’

As a child actor, Ellie is familiar with her appearance being scrutinised. But even she was shocked at the comments of some beauticians. She says: ‘I never realised there was so much wrong with my lips before this investigation. I can see why plenty of young girls in my year group would be tempted.’

Mindfulness At Work And Home, by Gillian Higgins 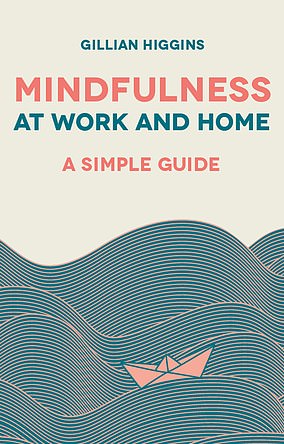 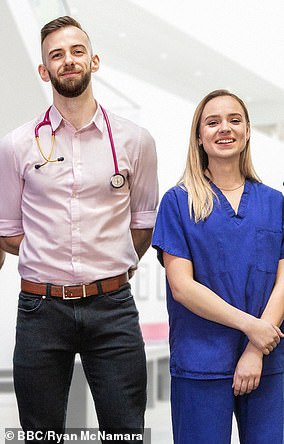 Junior Doctors: On The Front Line

New series of the fly-on-the-wall documentary that follows six young medics at Salford Royal hospital. One is forced to perfect his bedside manner, while another gets the dreaded task of delivering bad news to a patient.