Professional lip readers have confirmed Phil Jones said ‘sacked in the morning’ before executive vice-chairman Ed Woodward turned round and told the Manchester United star to be quiet.

The incident will create more tension at Old Trafford after their poor start to the season continued on Sunday as they were beaten 2-0 by West Ham.

Ole Gunnar Solskjaer’s side have managed to win just two of their last 11 Premier League games and have not managed to win away from home in the league since February. 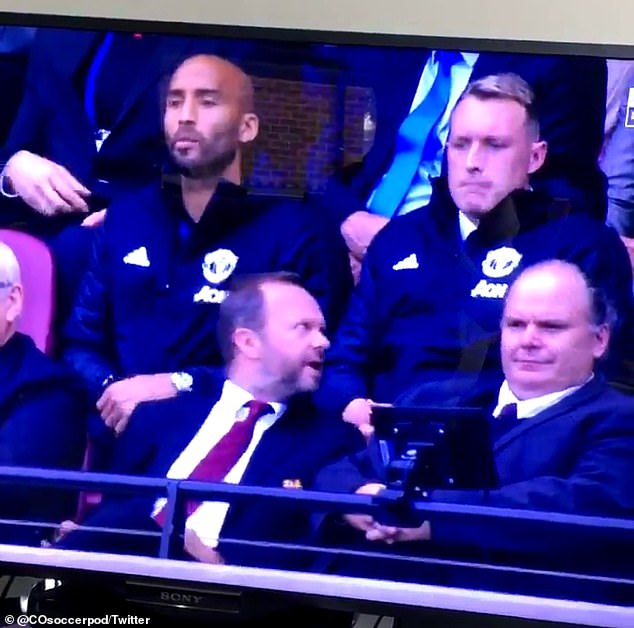 Goals from West Ham duo Andriy Yarmolenko and Aaron Cresswell condemned United to another defeat on Sunday and tensions seemed to be running high in the stands.

Footage captured on Sky Sports and then later broadcast on Match of the Day has left United fans convinced that Jones felt the wrath of Woodward.

Jones was sat in the row behind Woodward and appeared to shake his head in disgust at something on the pitch before muttering something. Fans on social media believed he said ‘sacked in the morning’, clearly making reference to Solskjaer’s future, and those suggestions have now been supported by the lip-readers.

Without hesitation, Woodward quickly turned around and issued a sharp response to Jones.

United, however, insist Woodward was actually questioning whether Hammers defender Issa Diop had been shown a yellow card, claiming he’d said: ‘Has he been booked, Diop?’

Onlookers took to Twitter to express their fury at the embarrassing situation on Sunday with one saying: ‘Rivalries aside they are one of the biggest clubs in world football & Phil Jones is caught doing this – that dressing room & team is finished if this sort of things that fringe players who’ve done nothing are coming out with’.

However, a wider angle of the incident appears to show Woodward possibly talking to another member of United’s staff. 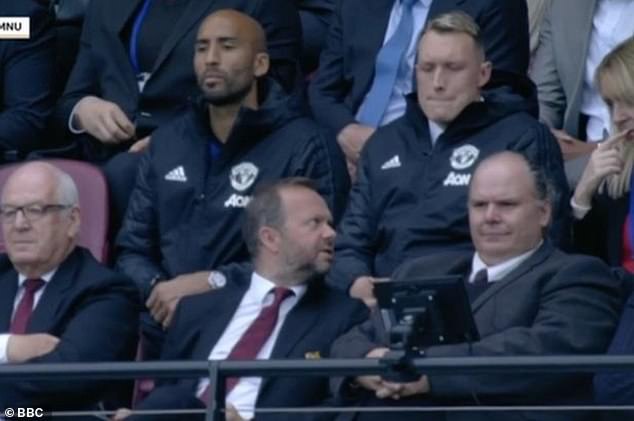 Speaking after the game, Solskjaer refused to criticise his players after their performance was slammed by Roy Keane and former boss Jose Mourinho during Sky Sports’ coverage of the clash.

The Norwegian said: ‘The players are doing what I’m asking them to. There are key moments in games that can tip these games in our favour compared to theirs and you make maybe a bad decision on a pass – left, right, centre – but the attitude and desire is there.

‘That’s not the problem. It’s the quality in our decision-making, sometimes in the execution. It’s a good group to work with. They are determined. Sometimes along the road, we are going to hit some bumps, as we’ve said, some highs and lows.

‘This group is out there determined, they showed the desire, it was a good atmosphere in the dressing room. They’ve got the focus right.’ 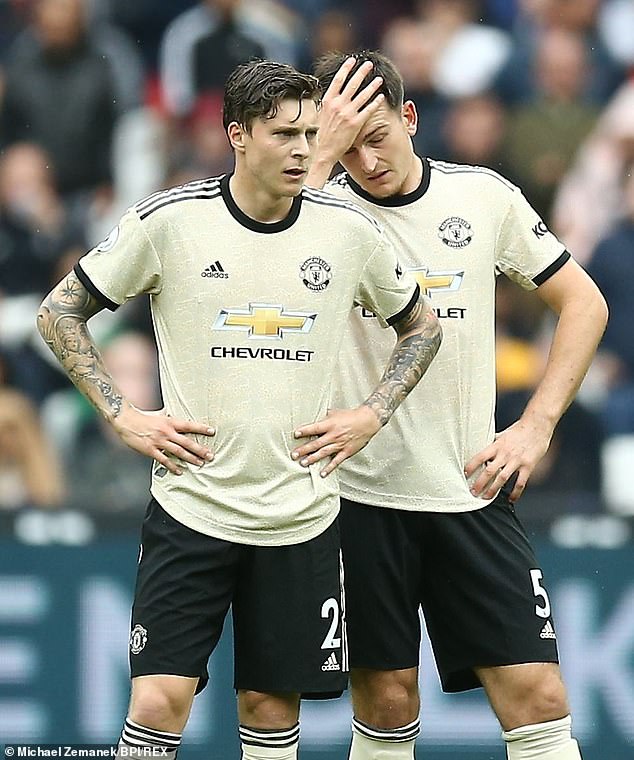 United slumped to a 2-0 defeat at West Ham, leaving them eighth in the Premier League table