Lisa Armstrong hints she is ‘lonely’ and ‘in pain’

Lisa Armstrong has ‘liked’ a series of supportive messages from fans following the news her estranged husband Ant McPartlin is returning to rehab.

The make-up artist, 41, acknowledged messages that addressed ‘pain’ and ‘loneliness’ just days after her ex was charged with drink driving.

One poignant post that she liked came from a fan who quoted an inspirational phrase by A.J.Lawless.

Supported: Lisa Armstrong has ‘liked’ a series of supportive messages from fans following the news her estranged husband Ant McPartlin is returning to rehab

It read: ‘I know the rain is cold my dear, but dance in it a little while you wait for the sun.’

Lisa also liked another post saying: ‘You survived what you thought would kill you. Now straighten your crown and move on like the queen you are’.

She went on to acknowledge sweet and heartfelt messages from fans, who had tweeted her saying: ‘I see the hurt and pain on your face today sorry your [sic] hounded & not given a moments peace.

‘Your [sic] such a beautiful gracious lady. I wish I could take all this pain away and wrap it up and throw it away so that we could see a smile once more upon your face & peace in your heart.’ 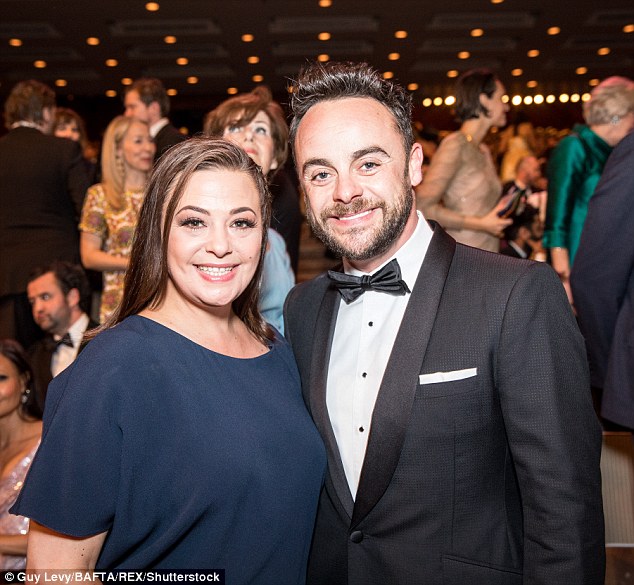 Happier times: The make-up artist’s estranged husband Ant McPartlin was charged with drink driving this week and has gone back to rehab

‘Feel bad for @lisaAmakeup must be so hard watching someone you care about self destruct before your eyes and not be able to do anything about it. #addiction #mentalhealth affects everyone around you. Big love and respect to you Lisa X’

Lisa also showed her support to her friend and Ant’s presenting partner, Declan Donnelly, who announced he would be presenting Saturday Night Takeaway solo for the first time in order to air the final two live shows.

She liked a tweet by Piers Morgan that read: ‘Good decision. Best of luck to Dec. Won’t be easy but he’s doing the right thing, as I’m sure Ant would agree.’

Finally, Lisa liked a post from Sky Sports’ Simon Thomas – who recently lost his wife to cancer – that read: ‘I’d never known loneliness . . . . . until now. Now I know why for far too many in this country it’s a horrible, unwanted daily reality.’ 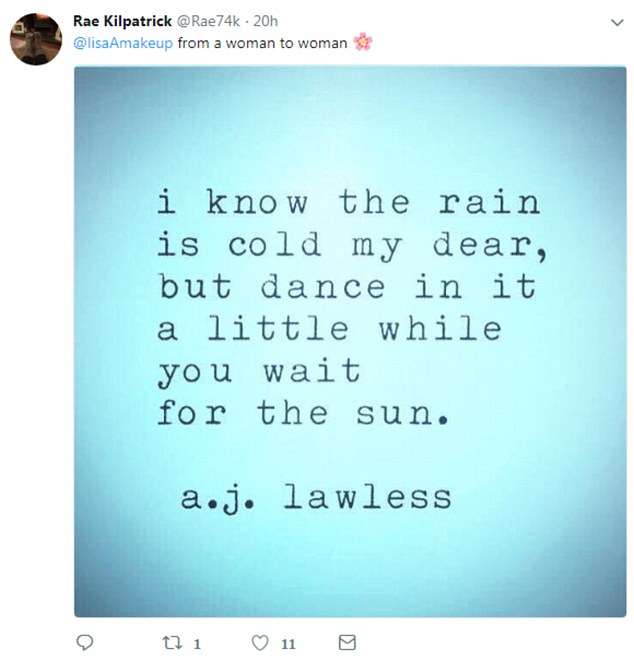 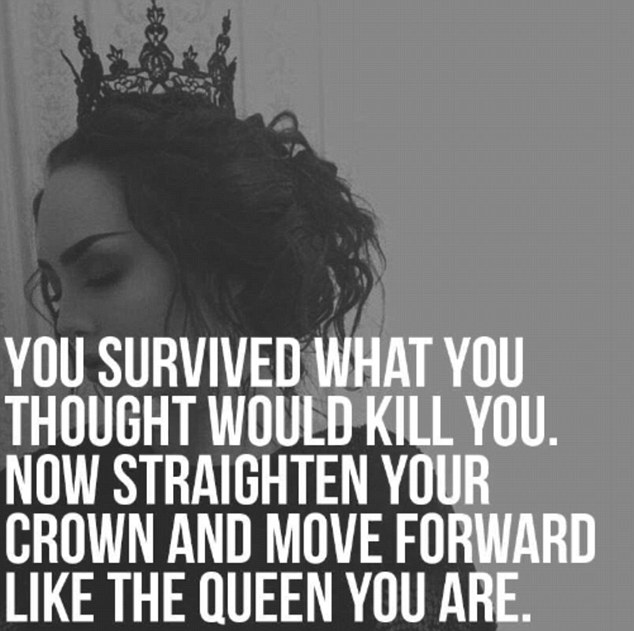 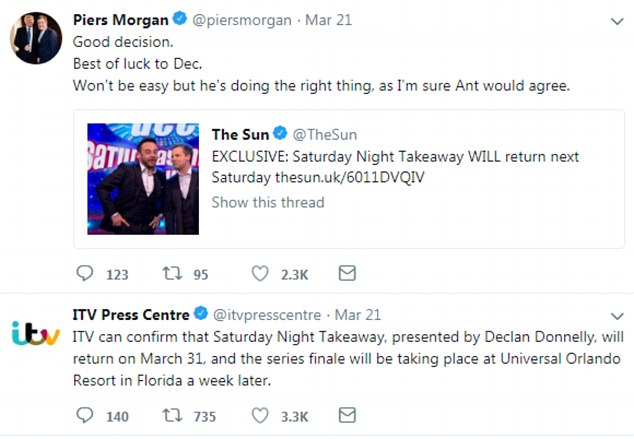 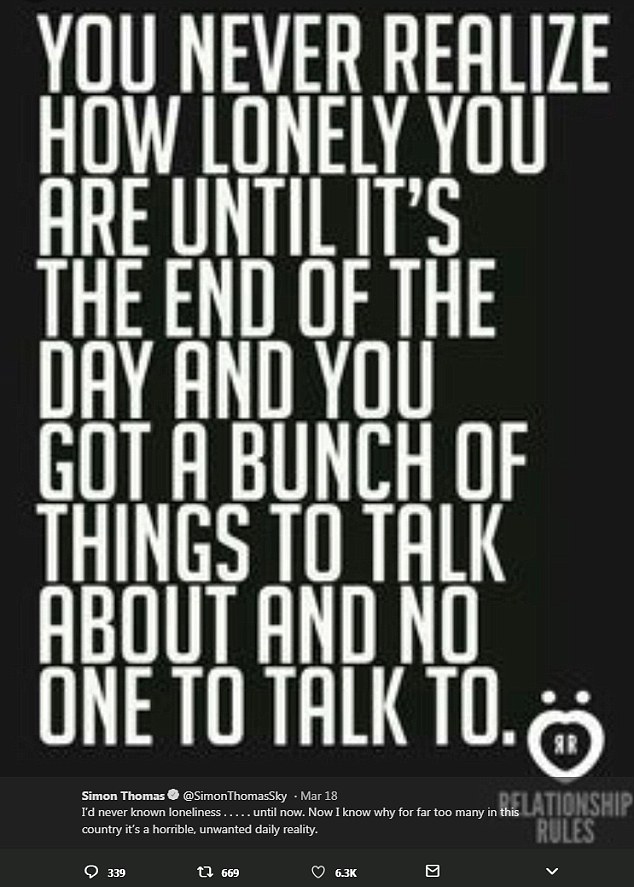 Liked messages: The make-up artist, 41, acknowledged messages that addressed ‘pain’ and ‘loneliness’ just days after her ex was charged with drink driving

The 42-year-old TV star checked into a private London clinic after being bailed to appear before magistrates early next month.

Discussions about the future of his TV career are reportedly being held without his involvement because he has ‘checked out’ as he enters rehab to recover from the shock crash. He is thought to only be in contact with Dec and his mother.

In a statement, Ant’s publicist said: ‘Ant has decided to go back into treatment and step down from his current TV commitments. He has spoken with Dec and ITV and asked for time off for the foreseeable future.’

Dec is said to be ‘gutted and devastated’ for his friend of 29 years and worried for the future of their 20-year TV partnership. 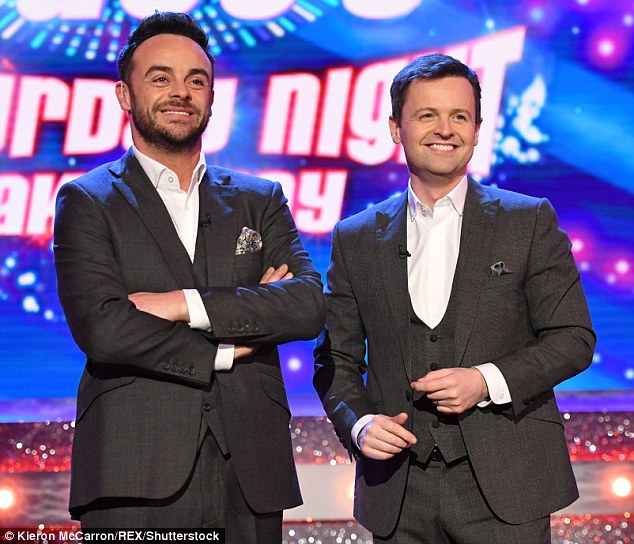 Double act: Lisa also showed her support to her friend and Ant’s presenting partner, Declan Donnelly, who will be presenting Saturday Night Takeaway solo for the first time