In pictures obtained by The Sun, the make-up artist, 42, was seen walking home with the cook and his pet Dachshund Harley in tow, after the pair reportedly spent time taking part in a pub quiz night.

Speaking to the publication on Saturday, a source explained: ‘It’s in the very early stages, nothing too serious, but Lisa really likes James and finds him very good company.

Moving on: Lisa Armstrong was seen on a date with chef James Howarth in pictures obtained by The Sun on Saturday, as its claimed she’s ‘got her sparkle back’ following Ant McPartlin split

‘Ant found love very quickly and that was hard to take for Lisa. It was all very public. She spent several months grieving for the relationship.’

Adding that James seemed ‘just right for her’, they added: ‘She’s started to smile again and wants to find love. She’s got her sparkle back.’

It was also reported that one of James’ sisters has started working for Lisa as a PA. 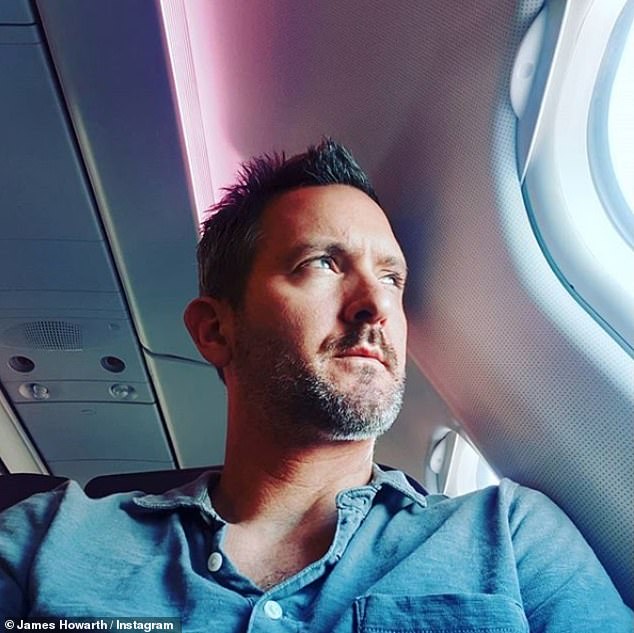 In a good place: Speaking to The Sun on Saturday, a source explained that James (pictured) seemed ‘just right for her’ 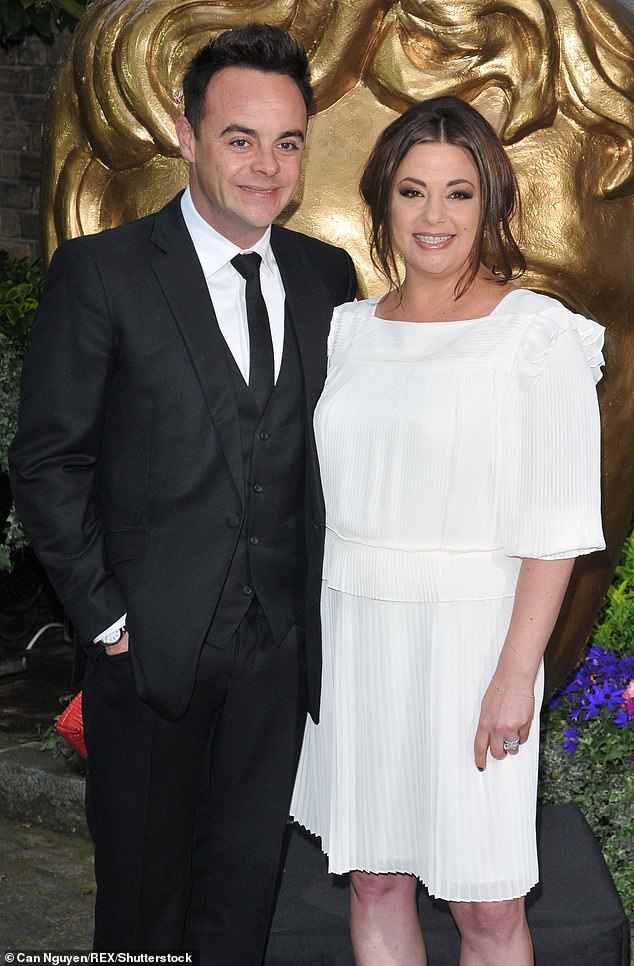 Going their separate ways: Lisa has had tumultuous past year since the split announcement in January 2018, with the two divorcing in a 30-second hearing in October

Lisa has had tumultuous past year since the split announcement in January 2018, with the two divorcing in a 30-second hearing in October, and Ant going public with his romance with girlfriend, and their former PA, Anne-Marie Corbett.

The new images comes a week after the Strictly make-up artist liked a cryptic tweet shared by a fan just hours after Ant and new girlfriend Anne Marie were pictured with the pet pooches.

It read: ‘After seeing the newspaper today, I really hope you got custody of Hurley – I feel that’s the least he could’ve done after putting you through all the s**t he has, especially now as he appears to be playing happy families since the dust has settled xx.’ 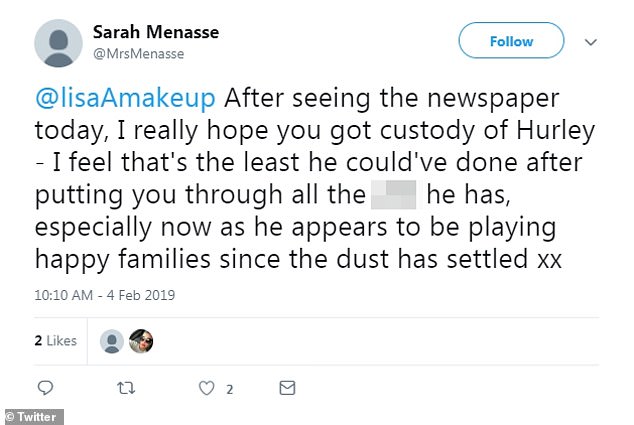 Twitter: The new images comes a week after the Strictly make-up artist liked a cryptic tweet shared by a fan just hours after the couple were pictured with the pet pooches 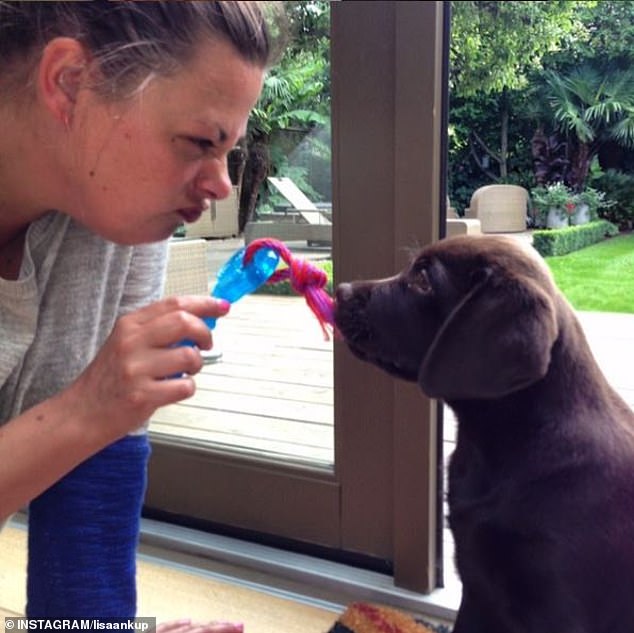 Shared custody: Ant’s love of dogs has been well-documented in the past, with one of the main bones of contention in his split from wife Lisa said to be about the custody of Hurley

Ant, who is currently in a custody battle with Lisa over their beloved pet Labrador, Hurley, was pictured on Saturday showing off his two new Maltipoo puppies, Milo and Bumble, during a romantic stroll with Anne-Marie.

The Britain’s Got Talent host, 42, is said to have bought the pups – which are a cross between a Maltese terrier and a poodle and typically cost £1,000 each – a few weeks ago, but has been keeping them inside prior to their vaccinations.

A source told The Sun: ‘Ant has not stop smiling since picking them up. He’s in a really positive place.’

Ant has spent much of the year focusing on his recovery, resulting in close friend Dec hosting the final episodes of Saturday Night Takeaway – including a live finale shot on location in Florida – alone. 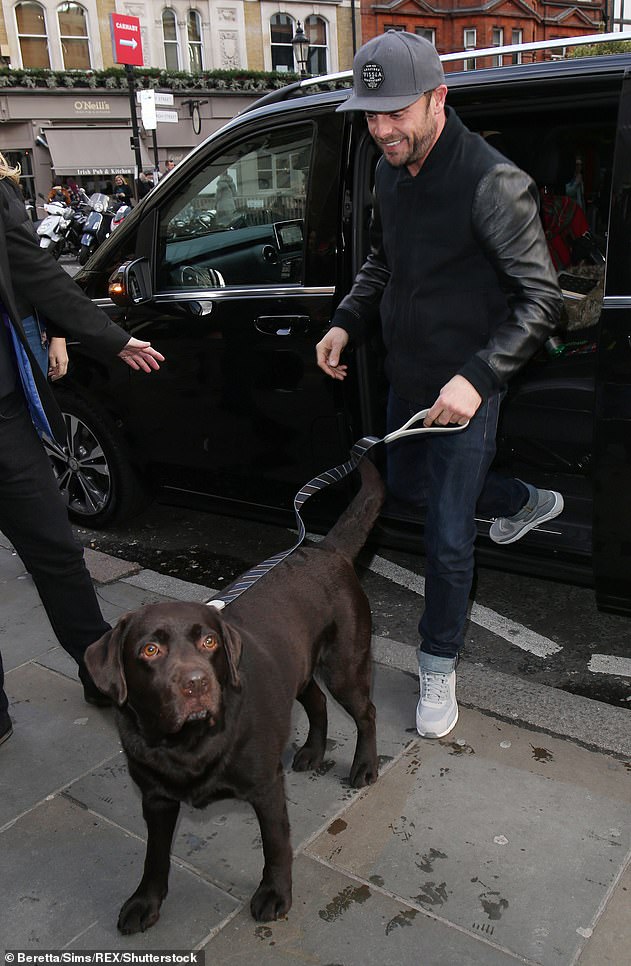 Beloved pet: Amid ongoing reports that the custody battle was becoming a drawn-out process, Ant told The Sun last month: ‘We still share quite evenly.’ (pictured in 2018)

He returned to work at the show’s London Palladium auditions on January 18, and admitted he was ‘really really emotional’ as he was given a standing ovation.

The Geordie star was convicted of drink-driving, given an £86,000 fine and a 20 month driving ban following a three-car smash in March and later checked into rehab.

In August last year, Ant revealed he was taking a break from presenting with co-host Dec to focus on recovering from his painkiller addiction, months after his drink-driving charge in April.

The presenter previously credited new girlfriend Anne-Marie as being ‘his rock’ over the past year as he battled with drug and alcohol addiction and took time away from the spotlight. 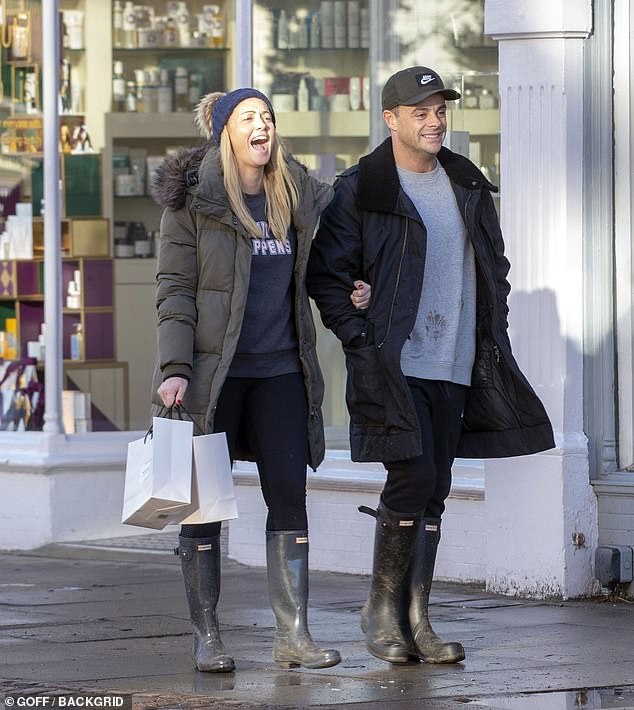