‘She would have got up and walked’: Lisa Wilkinson reveals the ONE question Serena Williams refused to answer during their sit-down interview in the wake of her US Open controversy

Serena Williams sat down for an interview with Australian presenter Lisa Wilkinson just three days after her US Open controversy.

And while the world number 16 agreed to discuss about her dramatic on-court antics, there was one topic she refused to speak about .

On Sunday, Lisa revealed that she was warned prior to her sit-down that Serena would walk out if she brought up the controversial cartoon of the sportswoman drawn by Australian artist, Mark Knight. 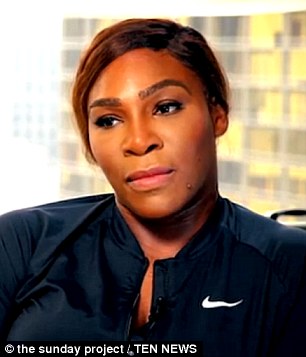 ‘She would have got up and walked’: On Sunday, Lisa Wilkinson revealed the ONE question Serena Wilkinson refused to answer during their sit-down interview in the wake of her US Open controversy

The cartoon, depicting Serena’s meltdown, was published in The Herald Sun on September 11th before it was widely condemned as ‘racist’ and ‘sexist’.

Addressing why she did not bring up with cartoon with Serena, Lisa told panelists on The Sunday Project: ‘I was told in no uncertain terms that if I asked about the Mark Knight cartoon, Serena would get up and walk. There would be no if’s or but’s. She did not want to discuss it.

‘I know that would make great tabloid TV, to have a walk-off from Serena Williams, but I was actually more interested in her answers to the US Open questions.’ 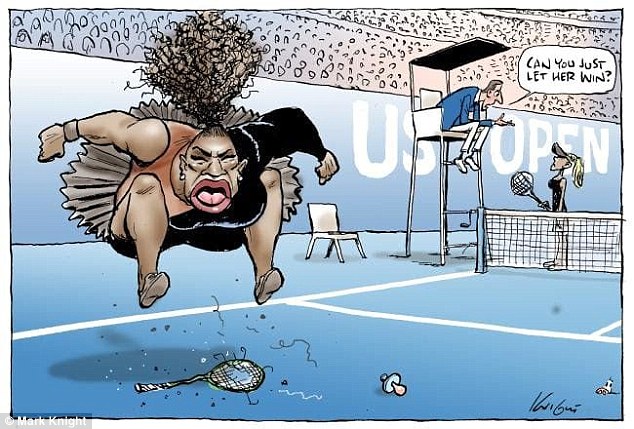 Refusing to discuss: Serena did not want to discuss this controversial cartoon, drawn by Australian artist Mark Knight

During the interview, Lisa discussed Serena’s on-court antics at the US Open’s Women’s Final a fortnight ago.

‘Your coach admitted that he was coaching from the sideline so, in retrospect, do you think that makes the violation warranted?’ she asked the tennis champion.

Serena replied: ‘I just don’t understand what he was talking about… We don’t have signals, we’ve never have signals. He said he made a motion, so I was like, “Okay, you made a motion and now you’re telling people you were coaching me? That doesn’t make sense, why would you say that?”‘ 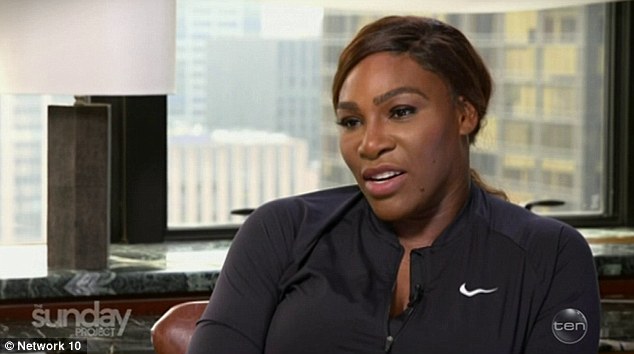 ‘We don’t have signals, we’ve never have signals’: Serna told Lisa she was confused by her coach’s admission that he was coaching her from the stands