By Jade Hobman and Eliza Mcphee For Daily Mail Australia

Lisa Wilkinson kept tight-lipped and silent on Thursday’s The Project during a discussion about the mistrial of Brittany Higgins’ alleged rapist Bruce Lehrmann.

Wilkinson has been a vocal supporter of Ms Higgins – but caused the trial to be delayed for months until October by her comments earlier this year.

The TV host discussed the trial during her Logies acceptance speech in June, sparking a legal row over claims she threatened Mr Lehrmann’s chances of getting a fair trial.

She was given a break off air in the wake of the row and TV bosses at Ten laid down a strict set of rules to follow on-screen during this month’s trial to avoid any more legal blunders.

As Waleed Aly discussed Thursday’s shock mistrial judgement, cameras steered clear of a shot of Wilkinson’s reaction or giving her a chance to speak.

And at the end of Thursday night’s segment, the show cut straight away without even a wide shot of the panel for fear of causing any more legal issues.

Waleed Aly (pictured) spoke to a journalist about the Bruce Lehrmann mistrial that shocked the nation on Thursday, while Ms Wilkinson kept quiet 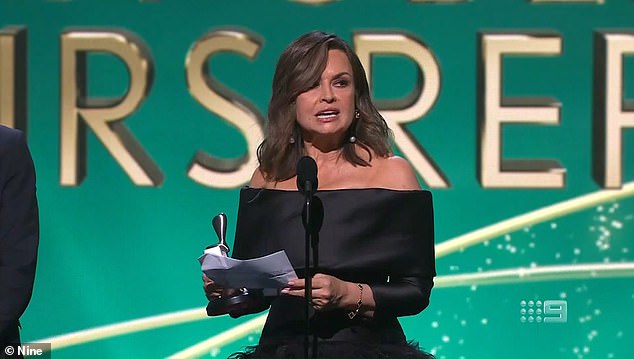 When the trial was delayed by her earlier remarks, Chief Justice Lucy McCallum said: ‘What concerns me most about this recent round is that the distinction between an allegation and a finding of guilt has been completely obliterated… ‘

After that, the co-host was barred from reading the headlines for the period the trial features in the news, and would not appear on the show on the days she was to give evidence, The Australian’s Media Diary column reported.

Her co-hosts were not to discuss the trial on the show, other than reading out the news headlines.

Ms Wilkinson was originally listed as one of 58 witnesses in the trial but was never called in the end.

The ACT Supreme Court jury in Lehrmann’s trial was sensationally discharged on Thursday morning after one of 12 jurors brought an academic research paper about sexual assaults into their meeting room. 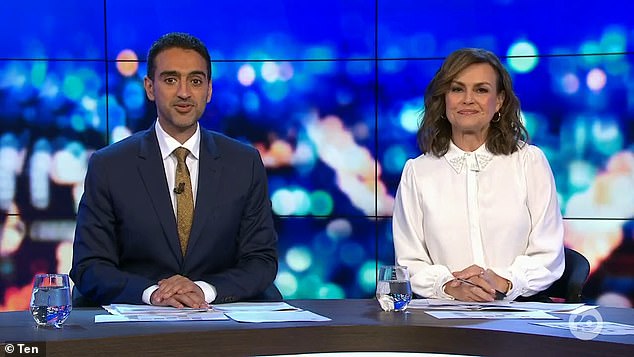 Ms Wilkinson (pictured, right) will continue to appear on the program when she can on Thursday, Friday and Sunday evenings 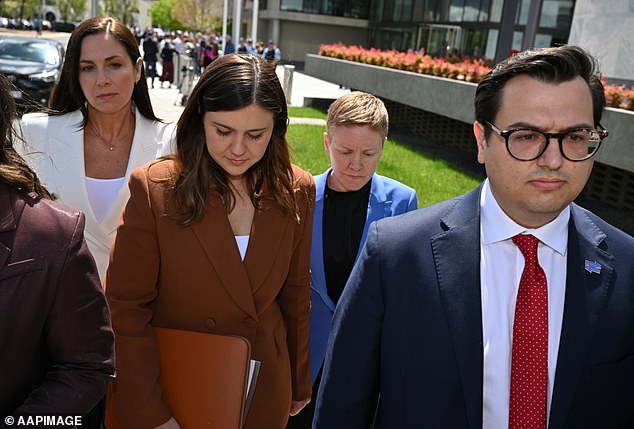 Lisa Wilkinson was given a set of rules to follow by The Project earlier this month as the trial progressed (pictured, Ms Higgins leaving court after the mistrial on Thursday)

Justice McCallum discharged the jury shortly after 10am, saying it was an ‘unfortunate’ outcome, and signalled the trial will be re-run in February 2023.

Ms Higgins, a former Liberal staffer, claims her ex-colleague Bruce Lehrmann raped her in their boss’s office inside Parliament House in March 2019.

Mr Lehrmann was standing trial in the ACT Supreme Court, after pleading not guilty to a charge of sexual intercourse without consent. 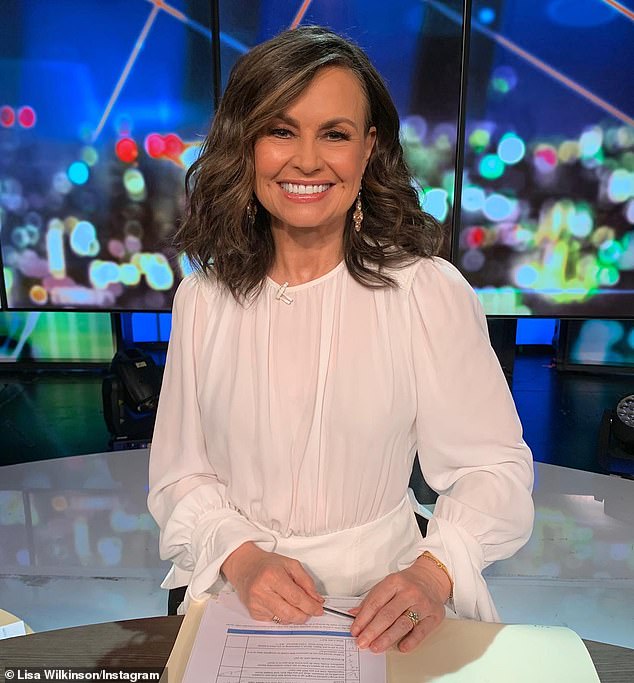 The co-host won’t be reading the headlines for the period the trial features in the news, and won’t appear on the show on the days she gives evidence

The trial has heard how Ms Higgins was approached by Ms Wilkinson’s husband, Peter FitzSimons, who suggested she write about her life in a $325,000 book deal.

Ms Higgins told the court she met Ms Wilkinson and her husband Mr FitzSimons at an event in early 2021, at which time he told her: ‘You need to write a book’.

‘[Mr FitzSimons said he] would act as my agent, and I said ”sure” and within a day he came back with offers,’ she told the court. 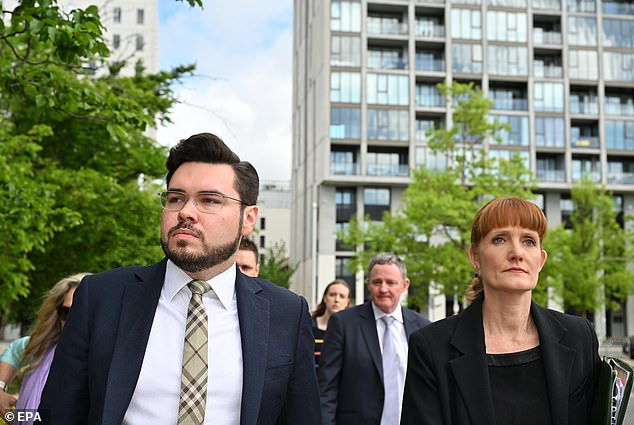