Lisa Wilkinson slams Barnaby Joyce for pleading for privacy and then negotiating $150,000 interview

Lisa Wilkinson has criticised Barnaby Joyce’s reported acceptance of a $150,000 deal with the Seven Network to tell his story in an exclusive interview.

The Project host accused the former deputy prime minister of being a hypocrite because he begged the media for privacy during his highly publicised affair with his former staffer Vikki Campion.

‘He can’t insist he wants privacy for his new partner and baby – and then sell his story to the highest bidder for $150K, as he has reportedly done with Channel Seven,’ the former Today Show presenter wrote in an article for Ten Daily.

Lisa Wilkinson (pictured) has hit out at Barnaby Joyce for reportedly agreeing to a $150,000 deal with the Seven Network to do an exclusive interview about his affair with Vikki Campion 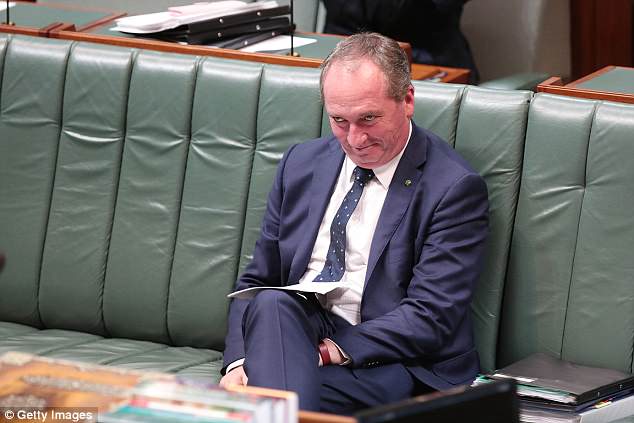 Mr Joyce urged the media to ‘move on’ in an unpaid interview with Fairfax in February and asked to be left alone.

The proceeds of the sit-down interview, where he is expected to go into detail about his relationship with Ms Campion, will be passed on to their son, Sebastian, the Sunday Telegraph reported.

Ms Wilkinson took aim at Mr Joyce’s recent moves toward resurrecting his reputation in parliament and his apparent dedication to helping win the next election.

‘He can’t maintain that all he wants now is to focus on seeing the Government win the next election – and then re-open one of the most personally icky, politically and morally hypocritical, troublesome and damaging episodes in the life of the Turnbull era,’ she wrote. 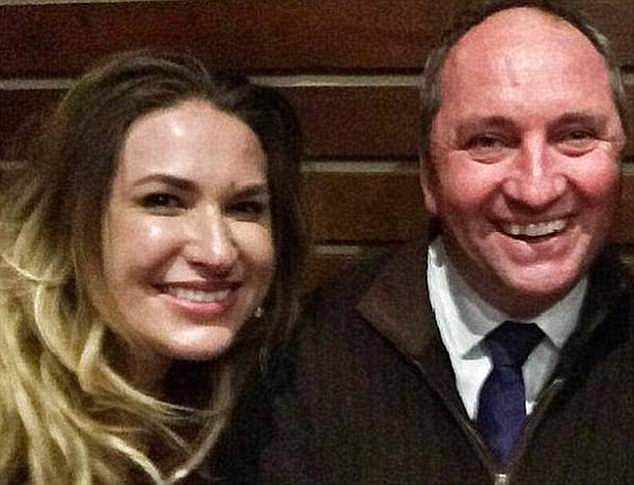 Sebastian Joyce is only six weeks old but the son of Mr Joyce (right) and Ms Campion (left) is set to pocket $150,000 from his first on-air interview 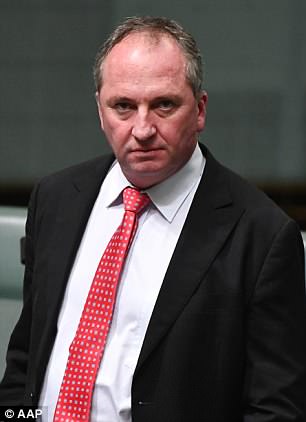 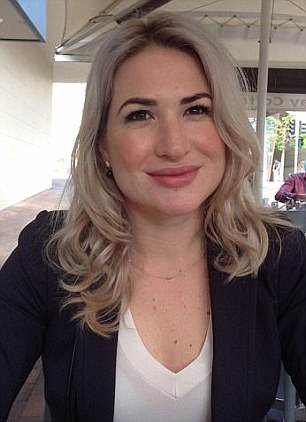 The opinion piece detailed how she believed Mr Joyce didn’t have the right to both ‘be a working politician, still living off the public purse’ and run ‘a money-making operation on the side’.

‘He can’t say he wants to work hard to rehabilitate his image and credibility with the public, with a view to remaking himself – and then invite the media circus back into town, while he helps them sell tickets to the Big Show.’

Speculation circulated over Mr Joyce’s increasing financial costs after his pay was reduced by more than $200,000 a year – from $416,000 to $203,030 when he resigned from the role and ­returned to the backbench.

However, an industry insider told The Telegraph the money had gone into a trust fund for Sebastian ‘to be independently administered at a future date’. 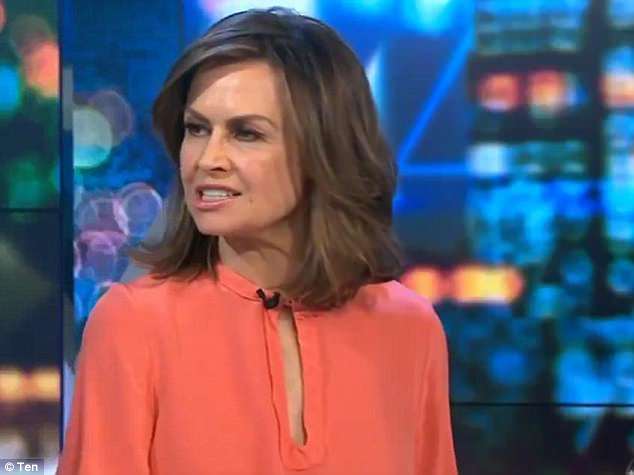 Ms Wilkinson (pictured) said she believed Mr Joyce didn’t have the right to both ‘be a working politician, still living off the public purse’ and run ‘a money-making operation on the side’ 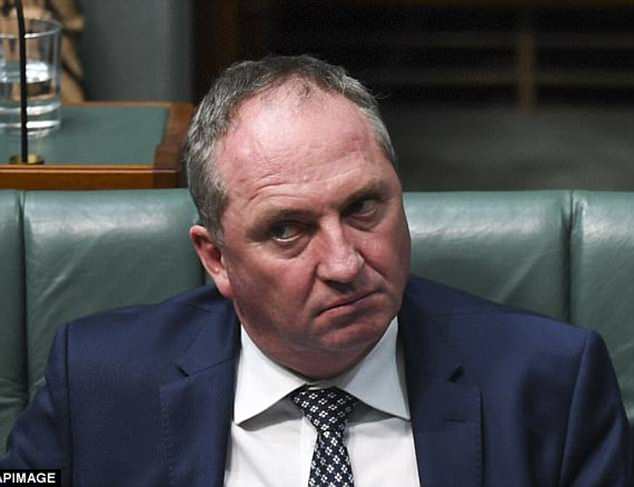 Mr Joyce, who urged the media to ‘move on’ in an unpaid interview with Fairfax in February and appealed for privacy, has agreed to sell the story of his relationship to Seven

‘Lawyers ultimately get to ­decide if it should be accessed for the child’s education or if it will go to the child as a lump sum when he gets to 18 or possibly older,’ the insider said.

‘The baby’s parents have no say in it and cannot access it.’

Ms Wilkinson was not convinced the money would be kept for the youngster, saying she’d ‘heard it all before’.

‘And yes, yes, yes, there are claims that he won’t personally benefit from the money, that it will all be put in a trust fund that he won’t control etc. Please. We have heard it all before. For decades,’ she said.

The presenter took one final dig at Mr Joyce, encouraging him to evaluate whether the interview would be a smart move for him long-term.

‘Barnaby, you really can’t have it both ways. If you’ll sell yourself, your family and your government out in that manner, what won’t you sell?.’

July – Campion leaves her $191,000 job in Mr Canavan’s office after he quits frontbench over citizenship. She temporarily goes back to Joyce’s office

August – Campion moves to Damian Drum’s office in a social media adviser position specially created for her. He already has a media adviser. In this time she oversees just 50 posts to Facebook

Prime Minister Malcolm Turnbull is reportedly reassured by Joyce the relationship with Campion is over. Drum says he was told the same thing. Former Joyce chief of staff Di Hallam takes up a senior position with the Inland Rail project

March – Joyce casts doubt on the baby’s paternity, calling it a ‘grey area’ and claiming journalists never asked him if Ms Campion’s child was his

May 8 – Baby Sebastian seen for the first time